The mid-engine C8 Corvette Stingray is dressed to impress right from the factory, offering impressive performance and innovative technology to challenge the world’s best sports cars. However, for hardcore track-day enthusiasts, there are a few areas where the C8 Corvette could use improvement, as identified in the following video feature. 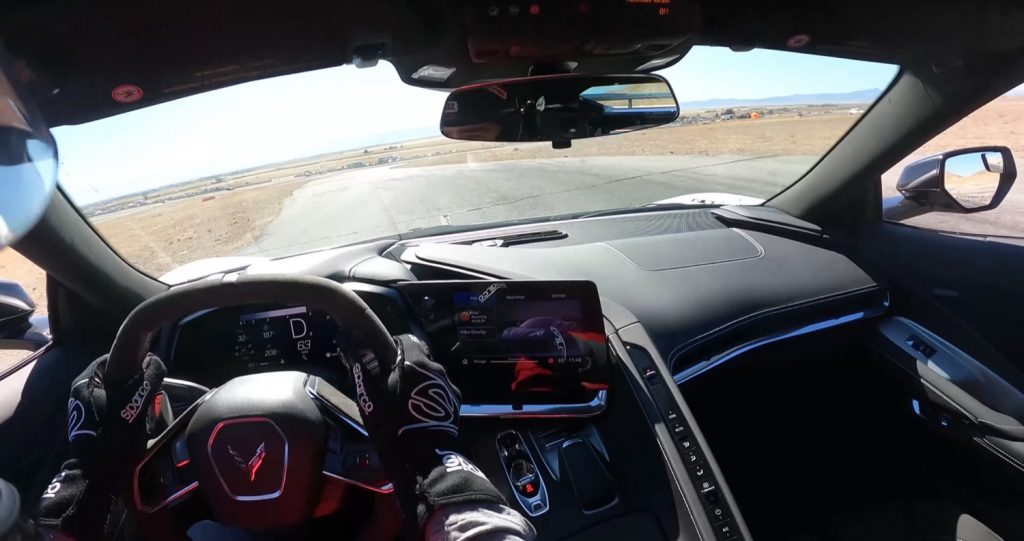 Coming to us from the folks at MotoIQ, this sub-12-minute video is hosted by automotive journalist and professional racing engineer Mike Kojima, who explains the nitty gritty of what it takes to turn the C8 Corvette into a bona fide track-day monster.

“Probably the [C8 Corvette’s] biggest shortcomings are the brakes, which we found that fade pretty easily under track conditions.” Kojima explains. “Another shortcoming is the magnet ride suspension, which works great on the street, but under track use, makes the car kind of inconsistent and leaves the driver kind of second-guessing what the computers are wanting to do.” 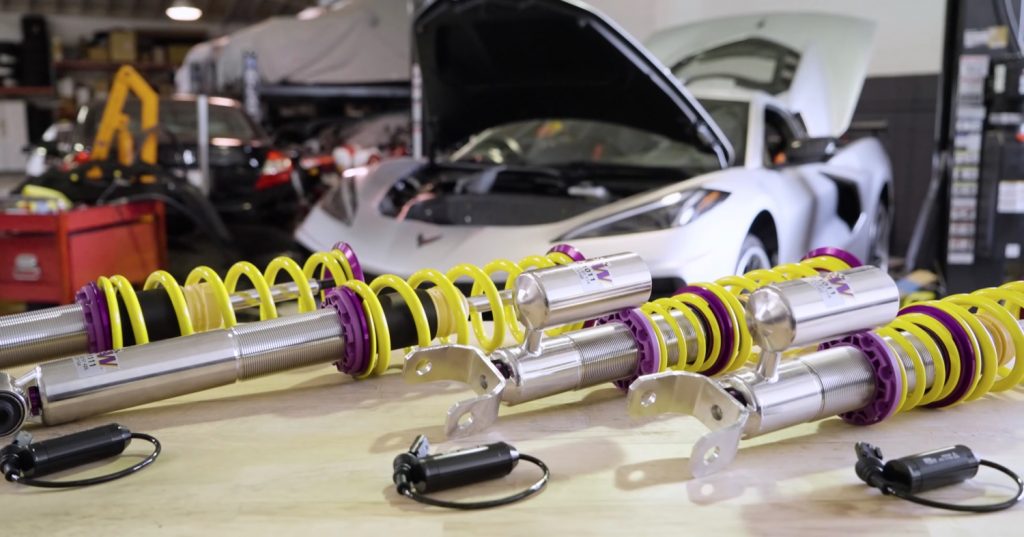 To address the suspension issues, the project C8 Corvette was equipped with new KW Variant 3 coilovers, replacing the factory magnetic ride pieces. The new KW units are meant to give full control over damping settings for more consistent track use. At the same time, the KWs have identical spring rates as Z51 package, while also offering double-adjustable damping for independent compression and rebound tuning. Kojima classifies it as a “nice street shock,” without going to a full race setup. 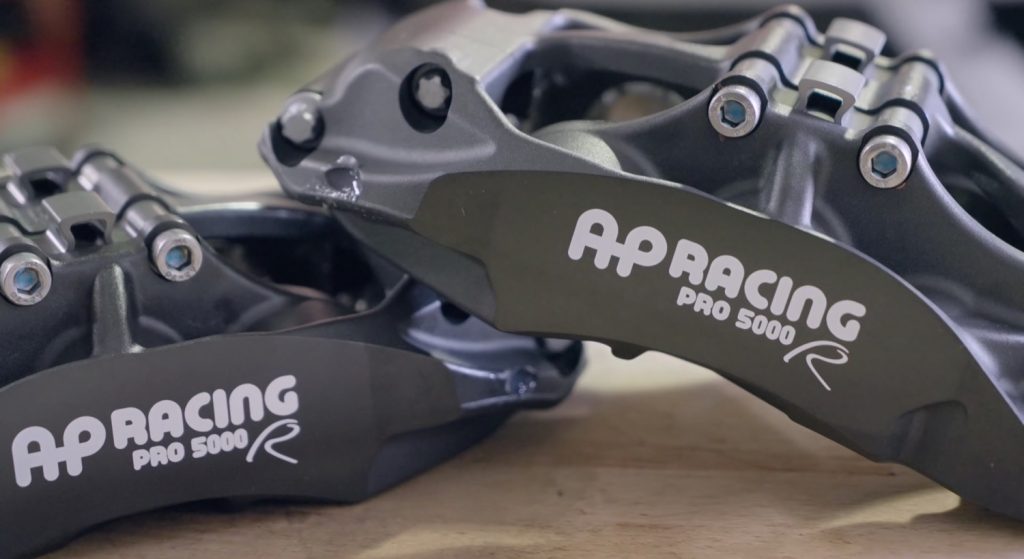 The next upgrade is bigger brakes from Essex Racing with AP Racing components. The new calipers have an asymmetric design with plenty of airflow through the caliper for better cooling, despite the massive size. Interestingly, the new calipers are also stiffer than the stock Z51 brakes.

The new caliper squeezes with six pistons, more than the factory four-piston setup, as well as bigger pads. What’s more, the new setup is lighter, and it maintains a proper front-rear torque bias to keep the onboard electronics from throwing a fit.

Check out the full tech details below: