The Cadillac Seville nameplate was produced for five generations between the 1976 and 2004 model years, offering midsize luxury and premium appointment. Now, this one-family-owned example from the mid-‘80s has changed hands during an online auction. 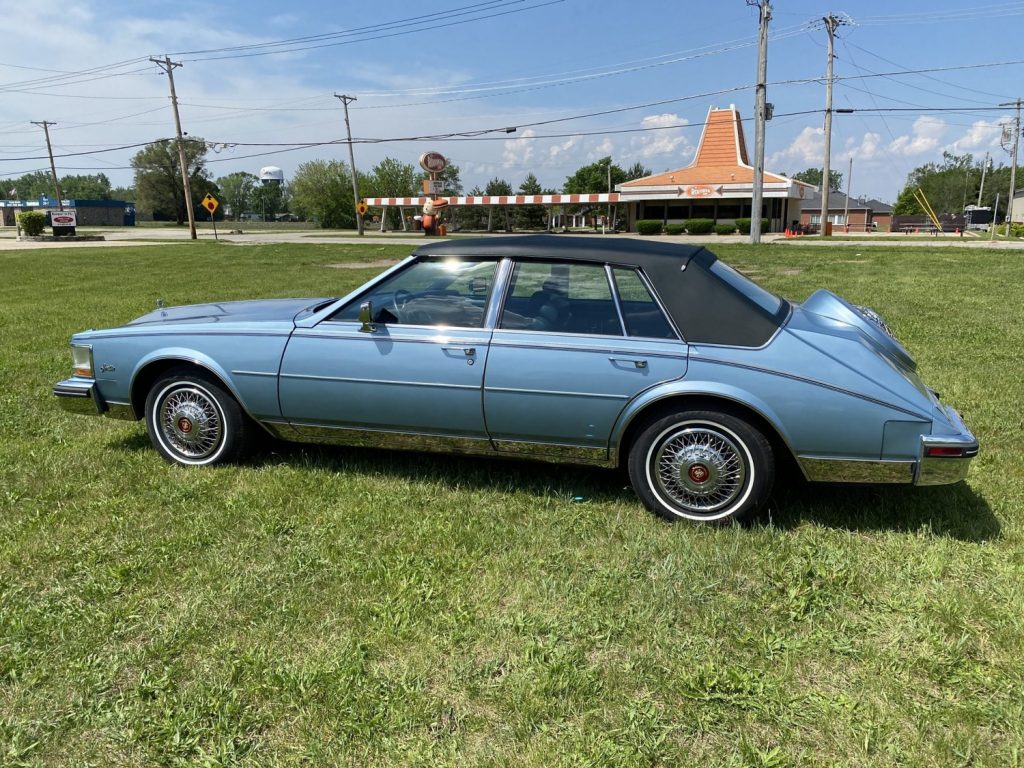 This particular example, a 1985 model, hails from the final model year of the second generation. As such, it boasts eye-catching styling with squared-off lines and a boxy front end. The front fascia includes squared headlight clusters and a large rectangular grille, as well as plenty of chrome trim. The profile view reveals a set of 15-inch wire wheels and whitewall tires, while the shoulder line falls away at an easy arc towards the notched rear end. Up top, we spot a dark blue vinyl landau top, while the body panels are covered in light blue paint. And we can’t forget the ’85 Seville’s shapely rear end design. 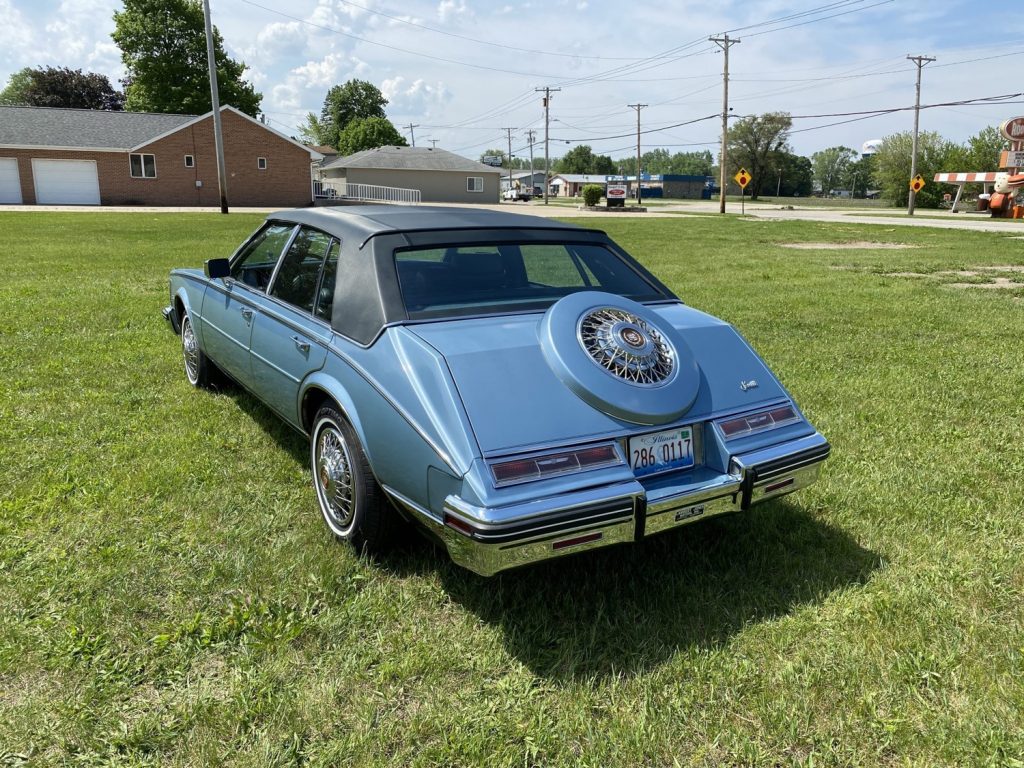 For a vehicle that’s over 35 years old, this 1985 Cadillac Seville is in pretty decent shape, and shines brightly under the sun. The interior also looks quite nice, with rich blue upholstery covering every inch, including button-tufted leather on the seats. More leather wraps the two-spoke steering wheel. The dash and various accents also present a woodgrain veneer, while an AM/FM cassette stereo is in the dash. Behind the steering wheel, there are digital readouts for the vehicle speed, fuel range, and auxiliary information displays. 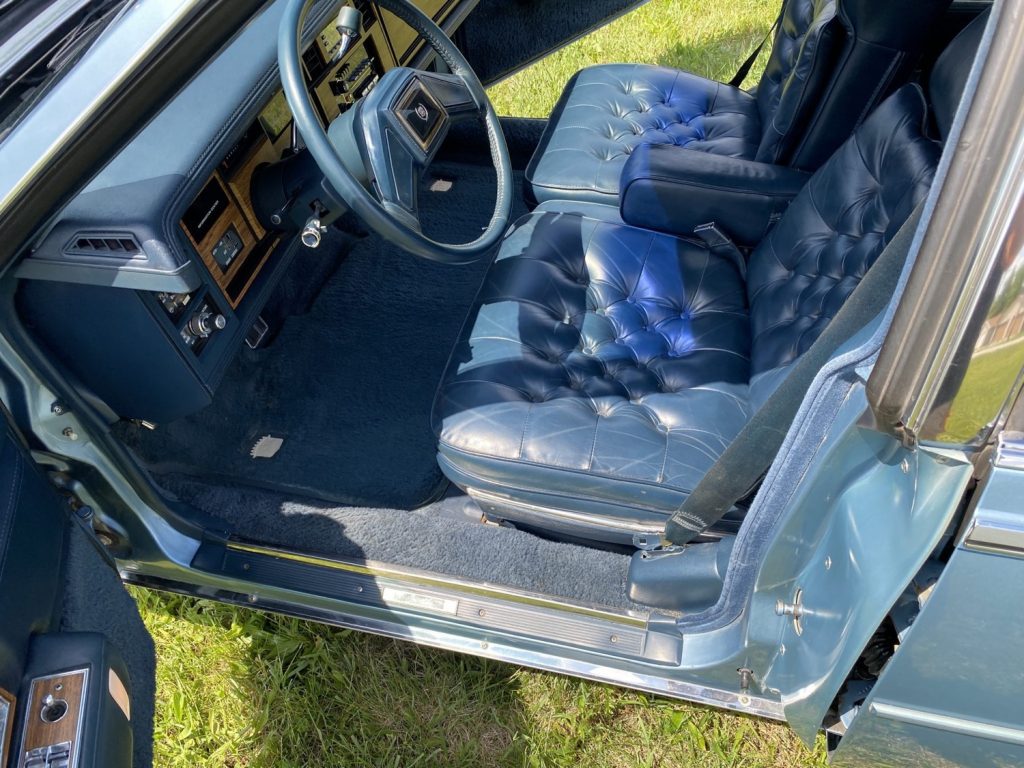 As for the mechanical bits, this 1985 Cadillac Seville is equipped with a 4.1L V8 engine rated at 135 horsepower when it first rolled off the line. The engine feeds the front wheels through a four-speed automatic transmission. The underhood view also reveals some corrosion, while more rust can be found on the underside. 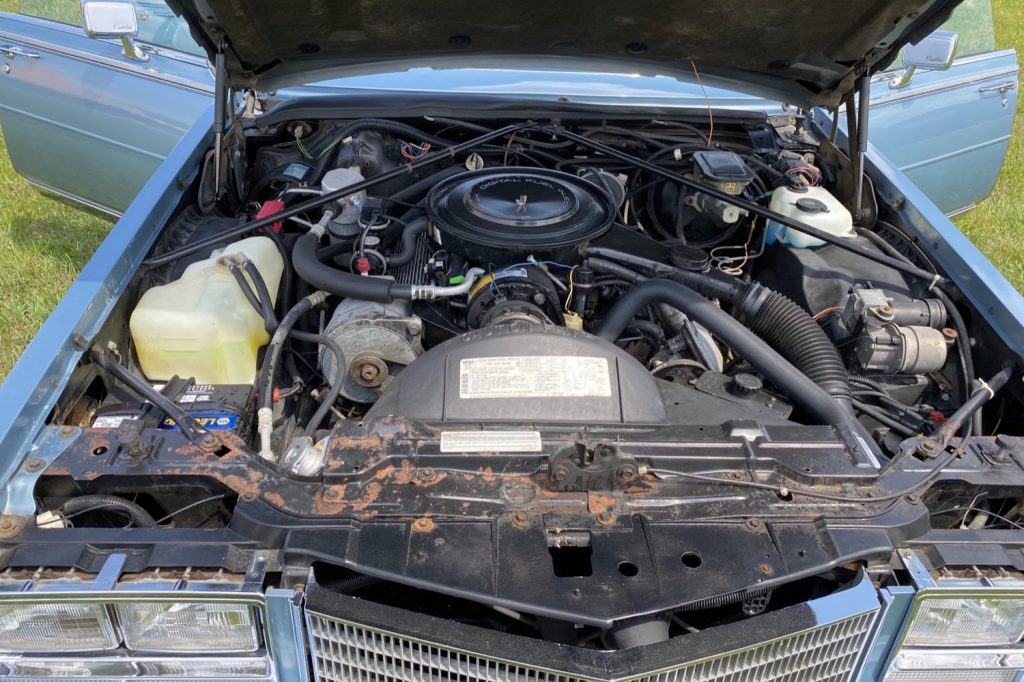 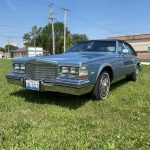 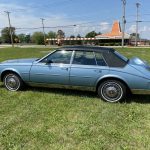 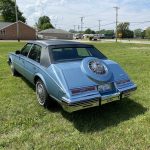 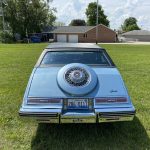 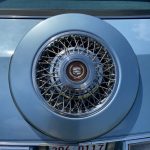 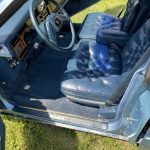 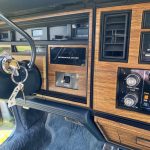 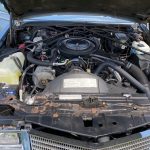