The No. 63 Corvette C8.R of Jordan Taylor, Antonio Garcia and Nicky Catsburg settled for a runner-up finish in the GTE Pro class at the 24 Hours of Le Mans following an intense battle with the race-winning No. 51 AF Corse Ferrari 488 Alessandro Pier Guidi, Come Ledogar and James Calado. 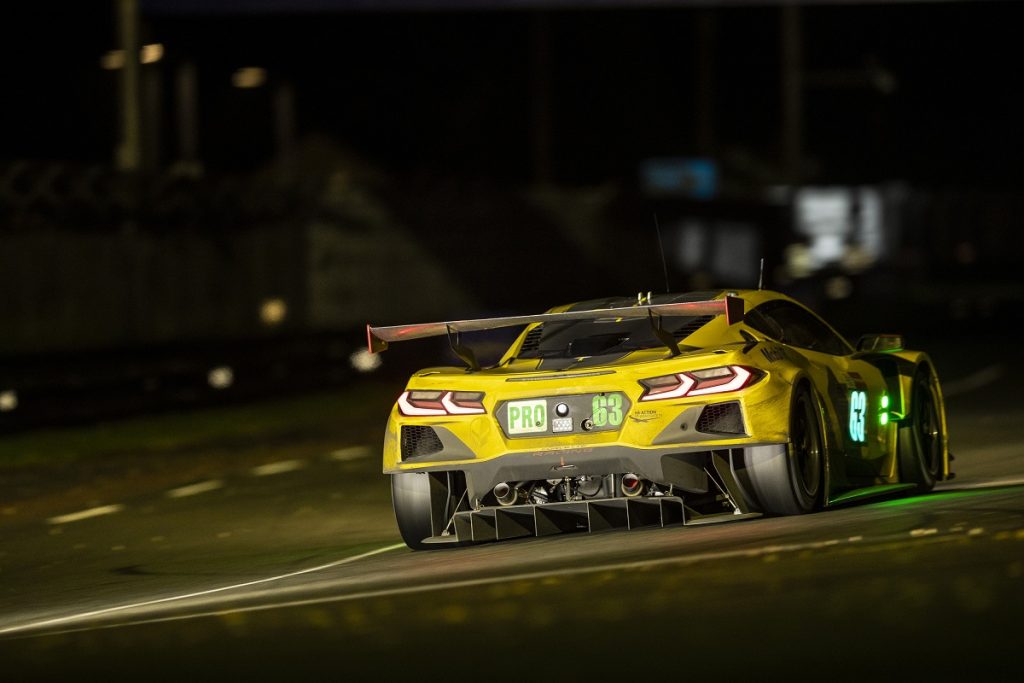 All three drivers of the No. 63 car opened up the 24-hour endurance race with a double stint, which carried the team into the night. The race eventually evolved into a two-car battle between the No. 63 and the No. 51 Ferrari, although all six remaining cars in GTE Pro were on the lead lap by the race’s halfway point. 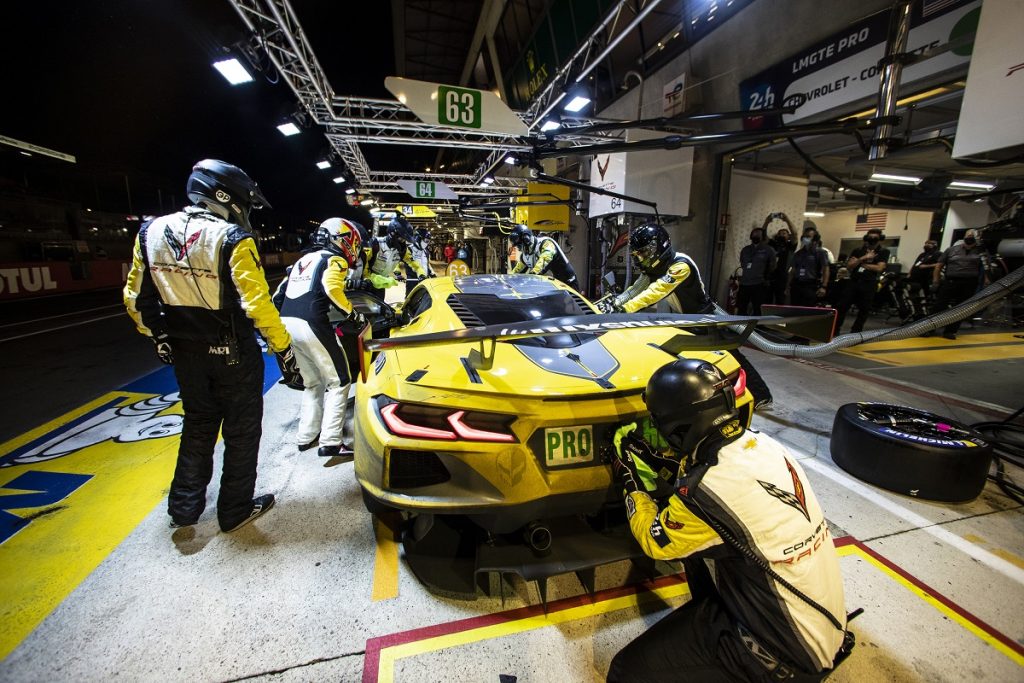 The No. 63 Corvette C8.R ran at the sharp end of the field all race, with all three drivers turning in clean and consistent stints. The team attempted to reel the No. 51 Ferrari with a couple hours remaining by triple stinting their Michelin tires, but couldn’t make up the necessary ground and was forced to settle for second. The runner-up finish was an impressive result for the Corvette C8.R, however, which had never raced at Le Mans before Saturday. 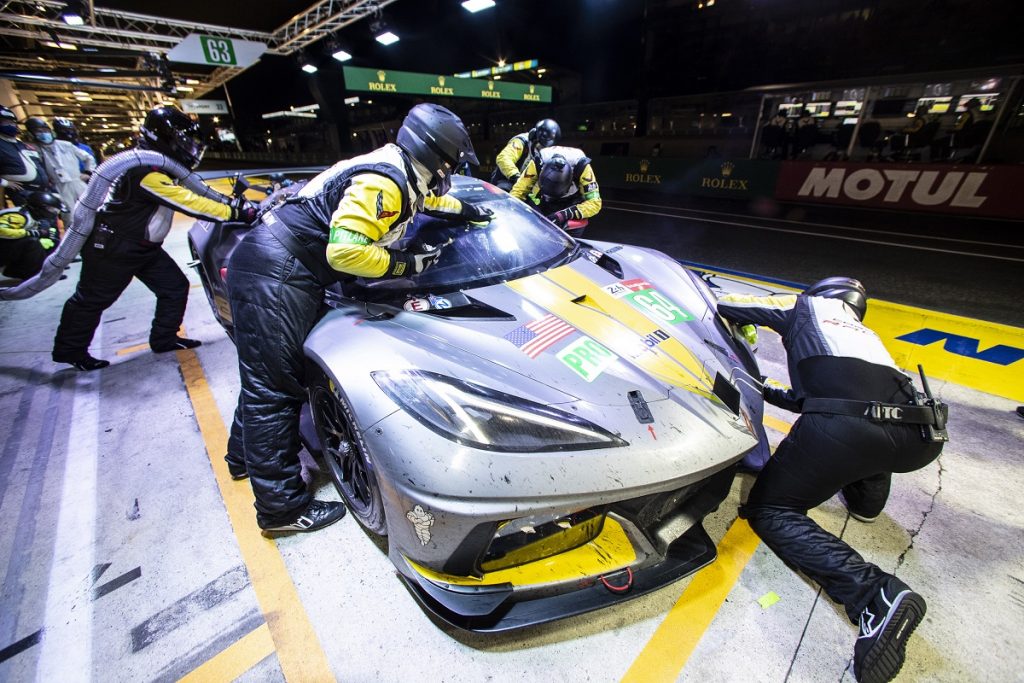 Things were a bit less rosy on the other side of the Corvette Racing garage. The No. 64 Corvette of Nicky Tandy, Tommy Milner and Alexander Sims was hit in the rear by the eventual race-winning Ferrari on the formation lap, damaging its rear diffuser and putting the team on the back foot from Lap 1. Milner overcame the deficit and even led the GTE Pro field in the wet on the first lap, however the diffuser eventually broke off around hour five, sending the team to the garage for lengthy repairs. They later returned to the garage twice more for gearbox, clutch and alternator repairs. The No. 64 car was classified sixth in class – although Sims managed to set a new GTE Pro lap record of 3:47.501.