Lingenfelter Performance Engineering has shared photos of a custom widebody Chevy Colorado ZR2 it recently worked on, which has traded the factory engine for a 650 horsepower supercharged LT4 V8. 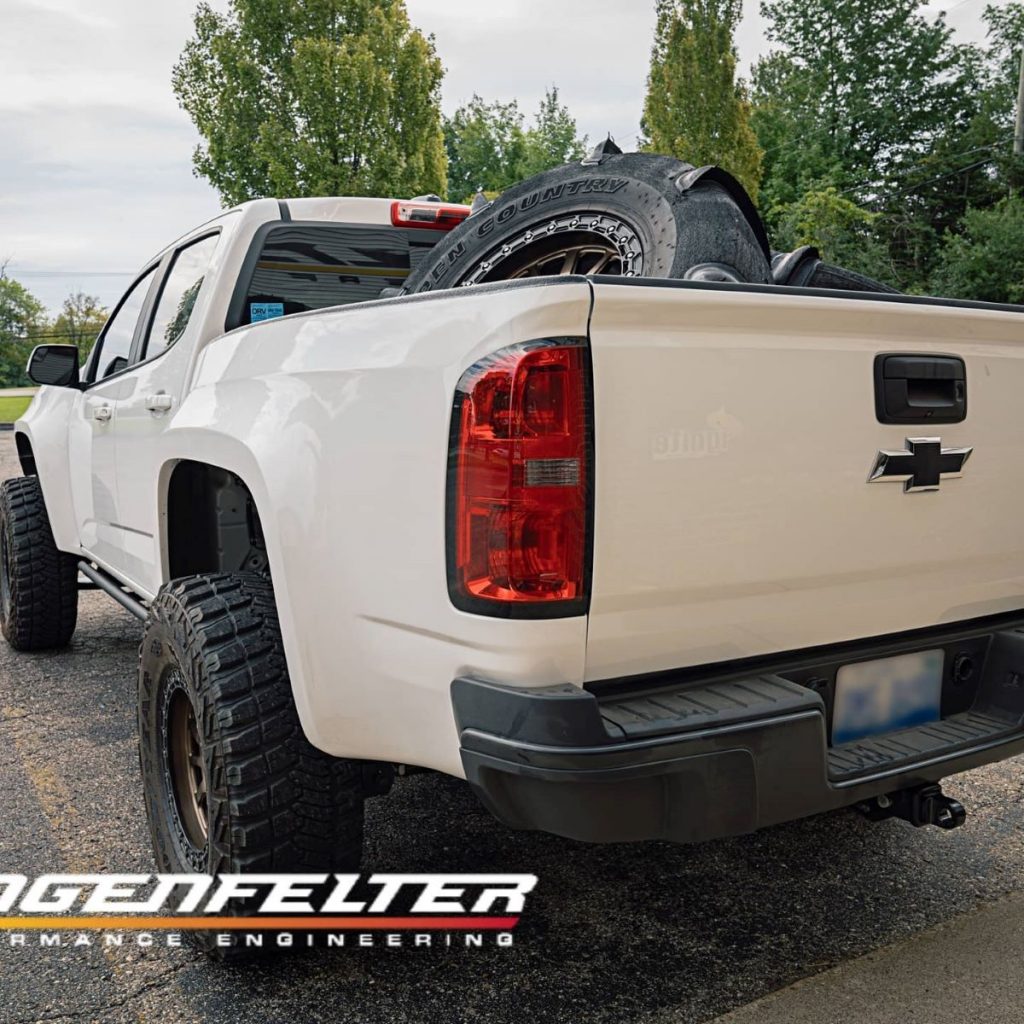 This truck started out life as a regular Chevy Colorado ZR2, but was later sent to Current Performance Wiring in Florida, which ripped out the mid-size pickup’s factory 3.6L LGZ V6 engine and dropped in a supercharged 6.2L LT4 V8. Lingenfelter was then commissioned to install its upgrade pulley kit on the blown V8, boosting output from 650 horsepower to around 750 horsepower. A GM eight-speed automatic transmission with a Circle D torque converter handles shifting duties.

As most readers will be able to tell, this Chevy Colorado ZR2 also has some fairly major suspension modifications. The owner sent the vehicle to Kibbetech Offroad Fabrication in California for these upgrades, which include a complete Kibbetech front suspension kit, three-link Panhard kit, billet trailing arms and a custom fabricated Currie nine-inch rear end. Custom widebody panels house a set of Innov8 Racing beadlock wheels, which are shod in knobby off-road Goodyear Wrangler tires. Lingenfelter’s most recent photos of the truck also show a set of spare wheels in the bed, which appear to have a set of sand paddle tires installed on them. Side rock rails and a rear tow hitch round out the modifications.

There’s no word on how much this V8-powered truck cost to build, but it’s safe to say it wasn’t cheap. The owner also spared no expense to hire the right people to put it together, it seems, as both Lingenfelter and Kibbetech are highly respected in the aftermarket industry. Feel free to let us know what you think of this custom Chevy Colorado ZR2 in the comments below.