The Oldsmobile Ninety-Eight, the brand’s flagship full-size sedan built from 1940 through the 1996 model year, took its name from the combination being a “Series 90” Oldsmobile powered by an eight-cylinder engine. 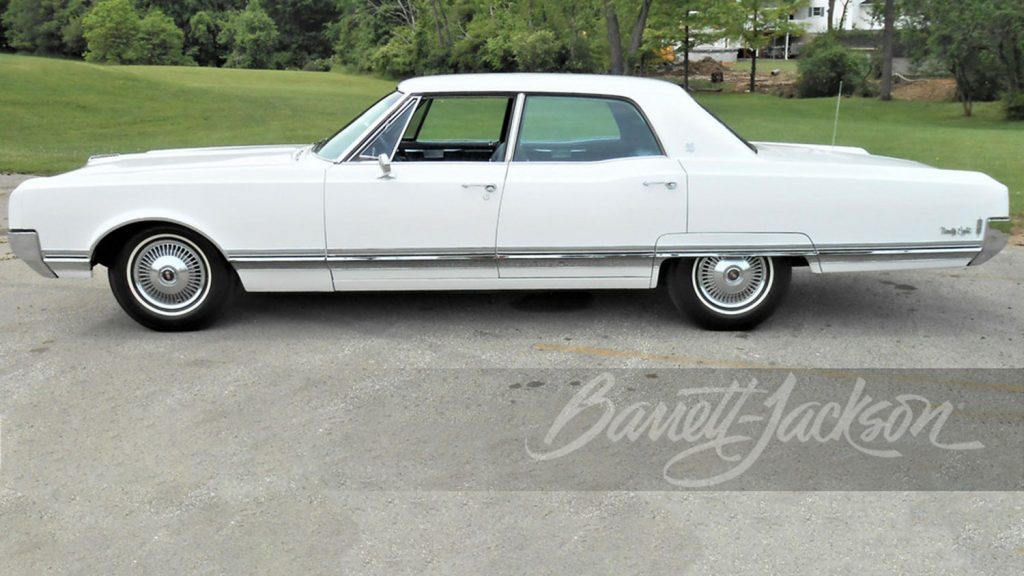 1965 marked the eighth generation of the Oldsmobile Ninety-Eight. It received a clean sheet redesign, as did Cadillacs and the Buick Electra with which it shared the C-Body platform. The body featured a sharper, more angular styling than the previous generation. The four-door body styles were changed from the previous six window style to a cleaner four window design. All Oldsmobile Ninety-Eight hardtops carried the Holiday designation for the first time since 1962. 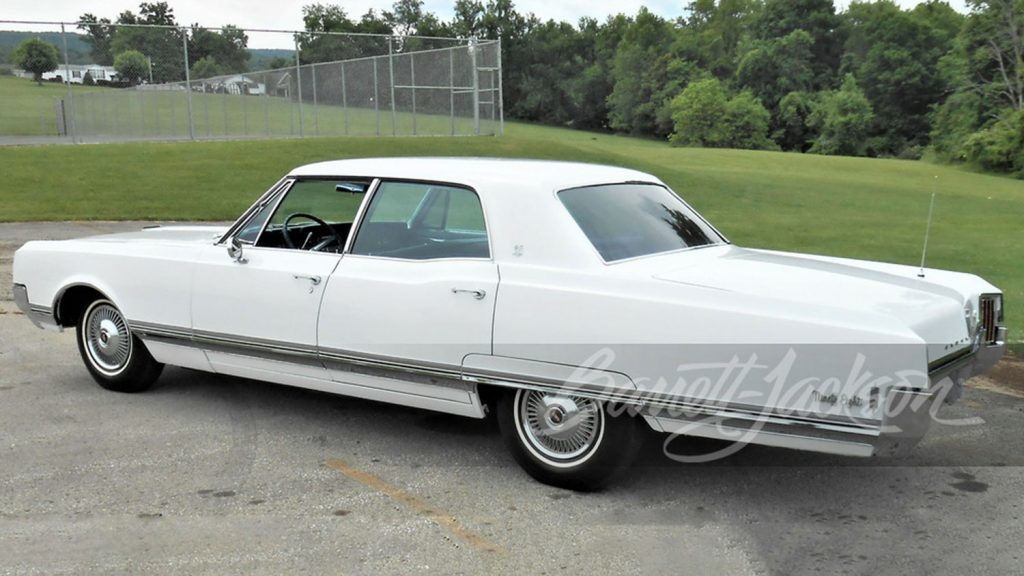 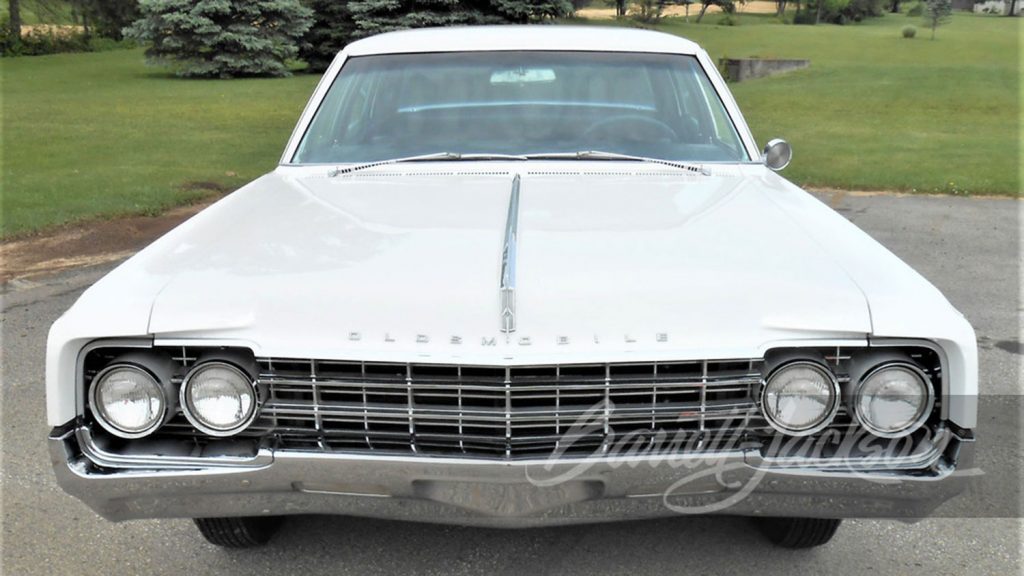 Our feature Oldsmobile Ninety-Eight is wears its original factory finish of Provincial White. The paint presents quite well, with significant shine. The chrome bumpers and trim show no signs of patina or pitting. Stainless trim is well polished, and the hubcaps are still quite shiny. Glass appears to be clear, with no untoward nicks, chips, or wiper tracks of note. 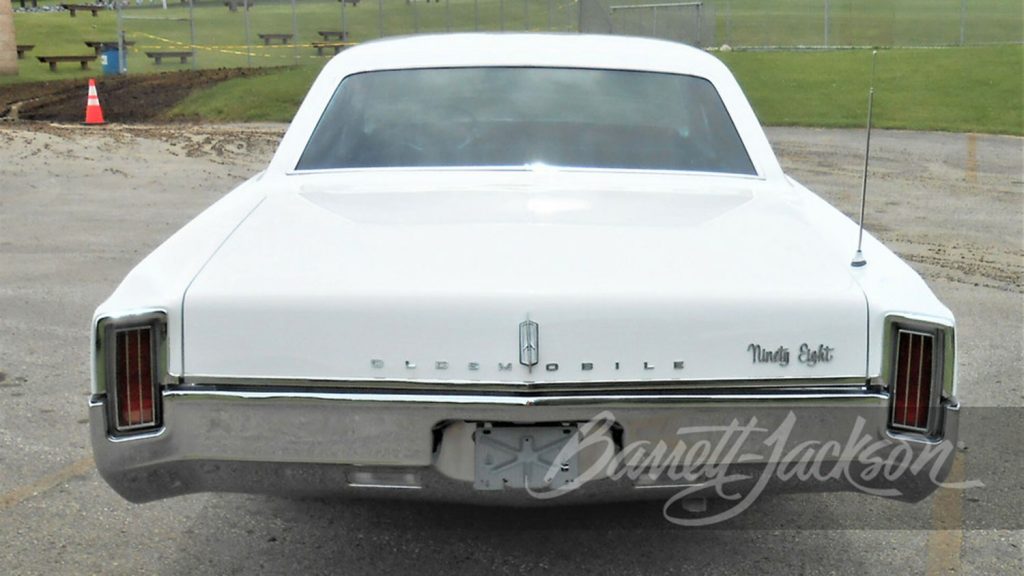 The interior of the Oldsmobile Ninety-Eight is covered in dark blue fabric. The bench seats look as if they are fresh from the factory, with no wear or creasing noted. Gauges are clear, and the woodgrain dash is in fine condition. Door panels are also in good nick. The steering wheel has been covered with an aftermarket wrap. In addition to the extensive standard equipment, this Ninety-Eight was optioned with air conditioning, power seats, and an AM radio. 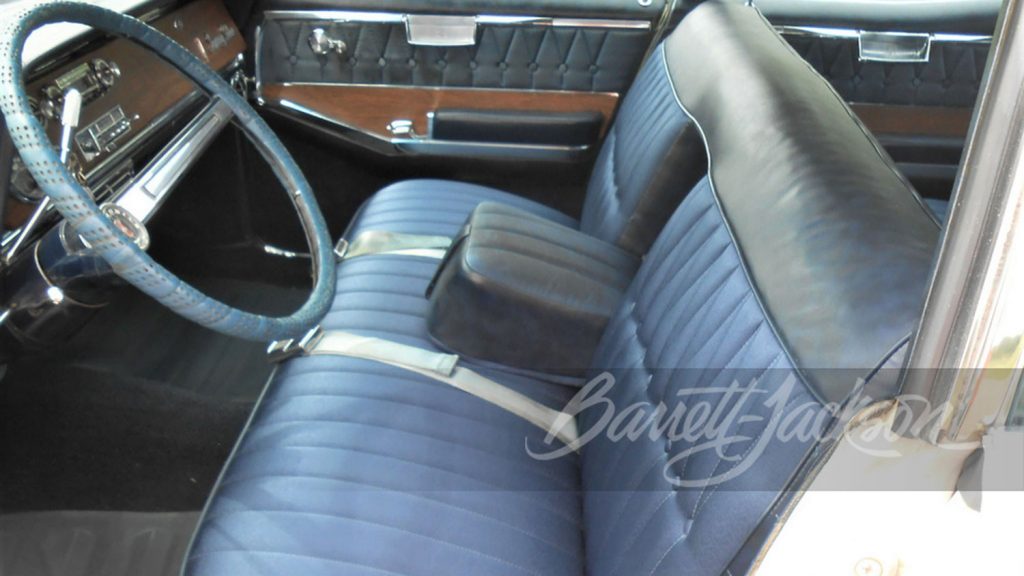 The engine compartment of this Oldsmobile Ninety-Eight appears to have been very well detailed. The 425 Super Rocket V8 is the original engine, as confirmed by the date and casting codes. There is even an original triangular glass windshield wiper fluid bottle fitted. 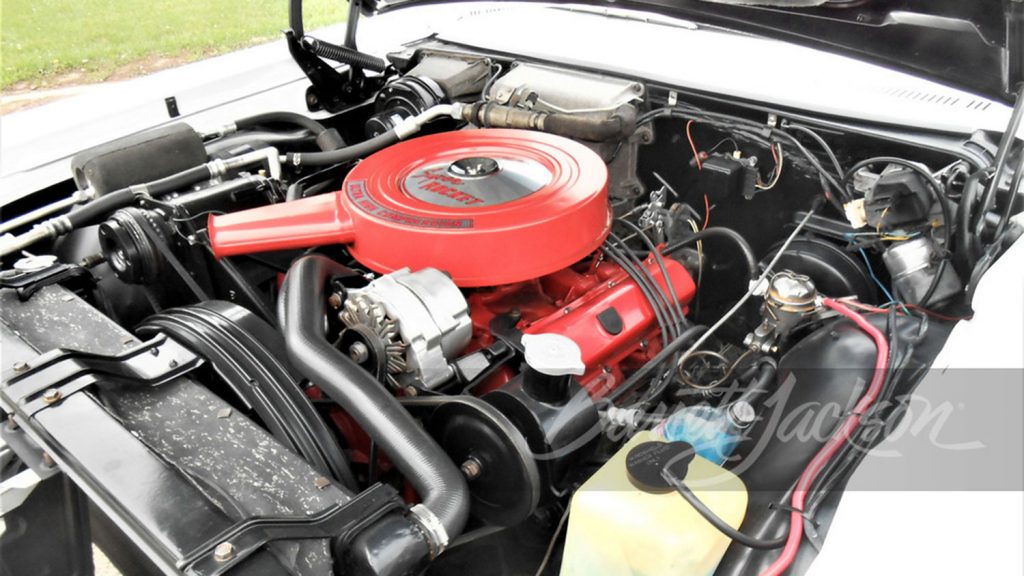 This remarkably original Oldsmobile Ninety-Eight will be on offer at the Barrett-Jackson Houston, Texas event taking place September 16th-18th. 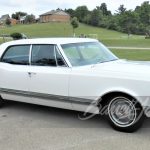 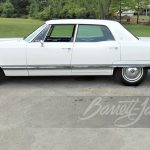 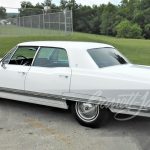 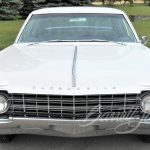 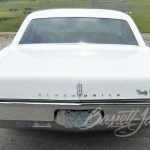 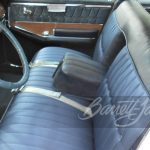 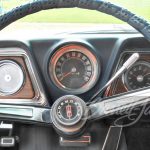 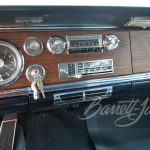 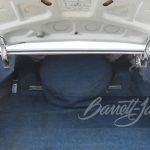 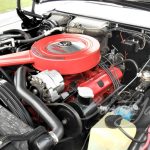