The Ford F-150 Raptor has some serious off-roading chops, and for the moment, General Motors does not offer a direct rival. However, PaxPower out of Houston, Texas has a solution, offering something it dubs the “Jackal” conversion for the GMC Sierra 1500 and Chevy Silverado 1500, blessing the Light Duty pickups with a serious dose of capability. Now, we’re taking a walk around this upgraded GMC Sierra in the following brief feature video. 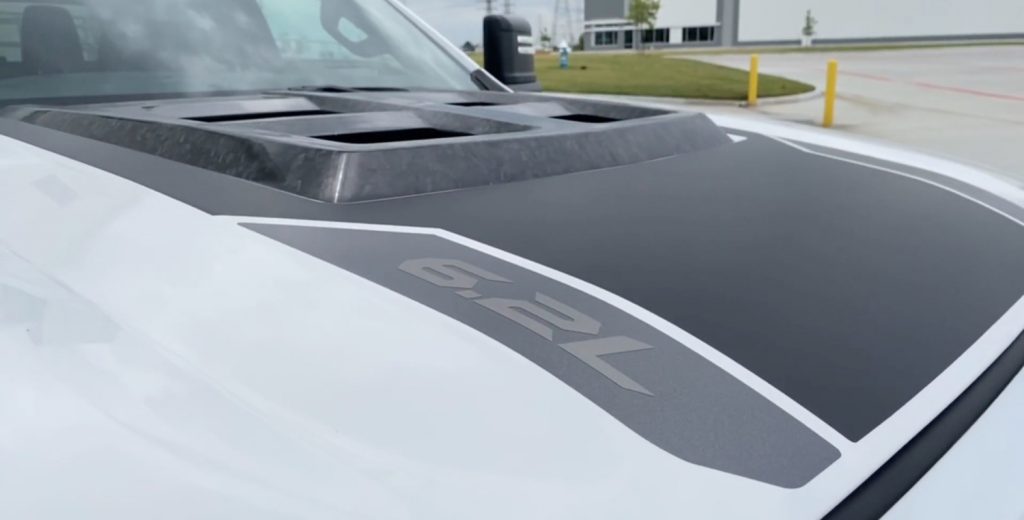 This particular GMC Sierra appears to be the AT4 trim level, which is already quite capable in the rough stuff. However, PaxPower takes all that goodness and turns it up to 11 with a selection of high-quality parts and tuning. 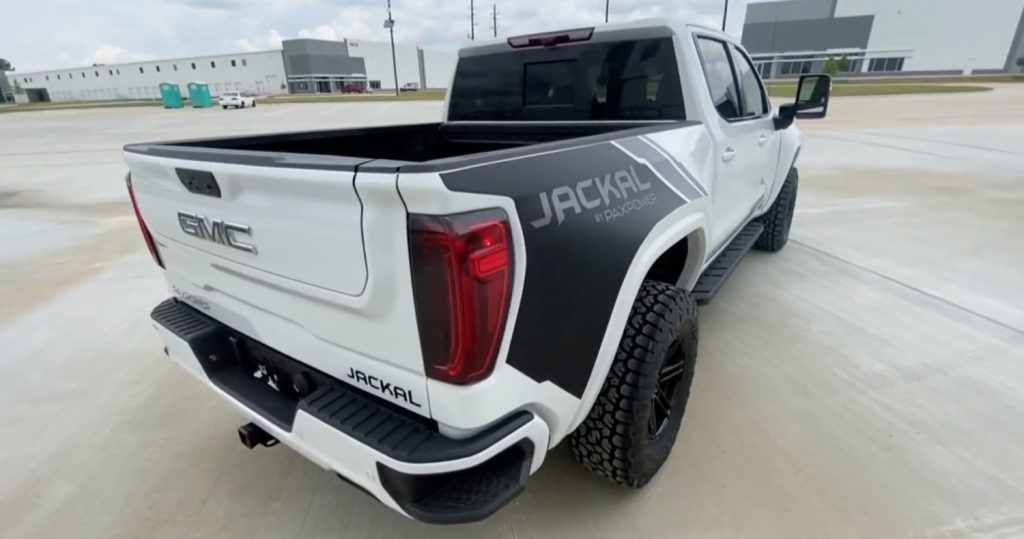 Let’s start outside, where PaxPower offers things like flared fenders and a functional vented hood, both of which can be seen equipped on this particular GMC Sierra. The company also offers new front and rear bumpers, as well as exterior lighting upgrades from Rigid Industries.

This GMC Sierra was also fitted with Venomrex wheels wrapped in Toyo Open Country tires, plus an extensive graphics package with “442” declared on the flanks, contrasting black and gray on the hood, and the Jackal logo on the rear fenders. 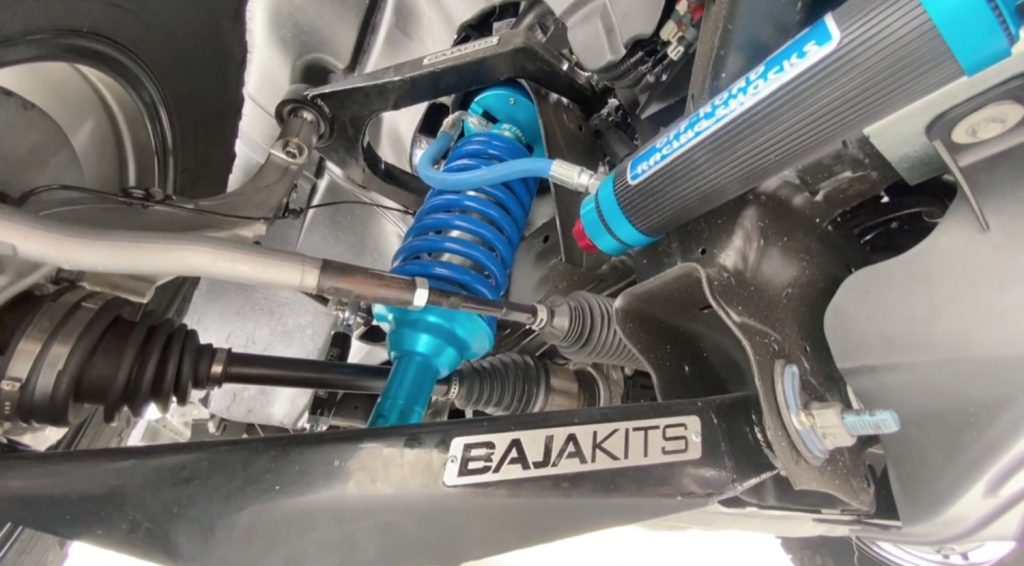 Of course, looking the part means nothing if the bits under the skin can’t back it up. To that end, the PaxPower Jackal is offered with a wide variety of suspension refits, including upgrades from BajaKits, King Shocks, and Deaver Springs. 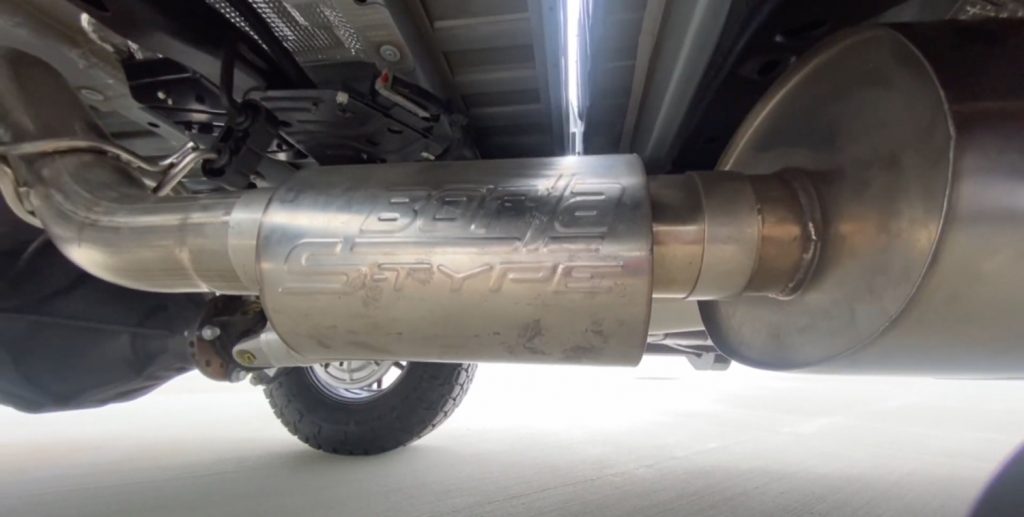 Further goodies are found under the hood. This GMC Sierra is running the 6.2L V8 L87 gasoline engine, which is rated at 420 horsepower at 5,600 rpm and 460 pound-feet of torque from the factory. However, as indicated by the graphics, this particular example is throwing down 442 horsepower thanks to upgrades like a Borla exhaust. More muscle can be had with the PaxPower supercharger upgrade by Whipple, boosting output to a stout 650 horsepower, if desired.

Check out a walkaround on the PaxPower GMC Sierra Jackal below: