The drivers of a GMC Acadia, a GMC Savana and a Ford Mustang were responsible for a lengthy backup on I-285 in Sandy Springs, Georgia this week after they tried to go three-wide on a highway exit ramp and became stuck. 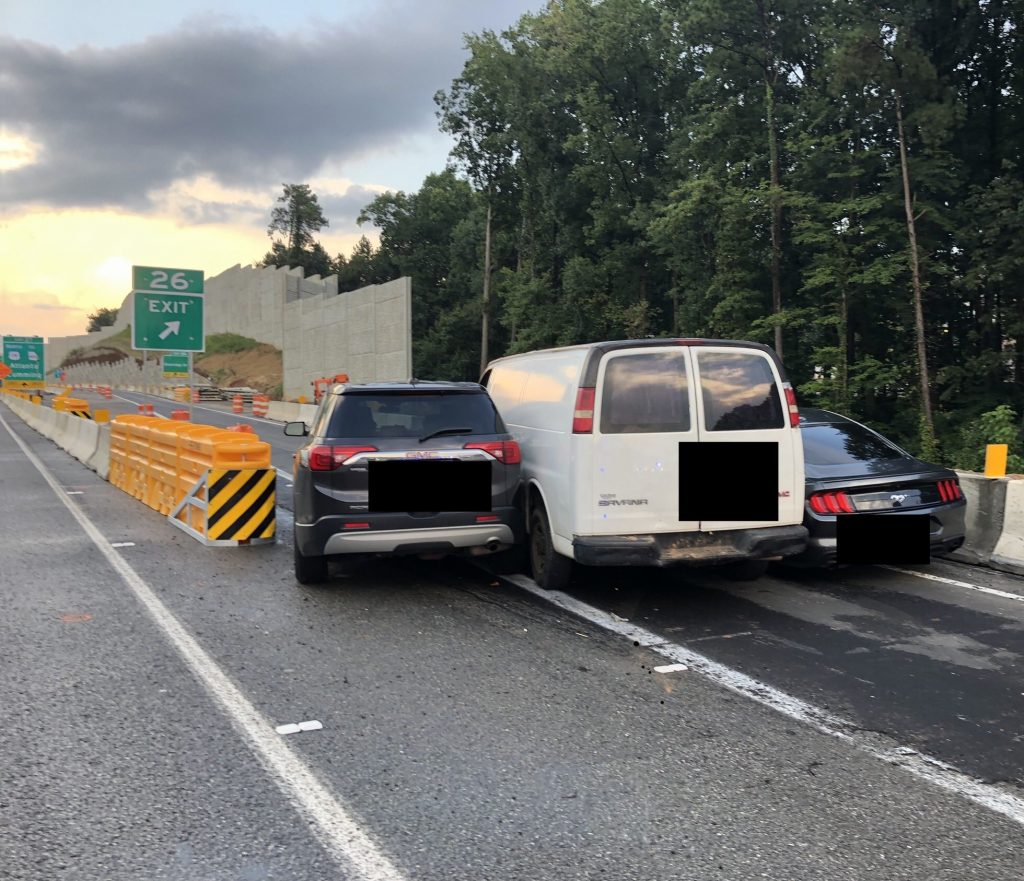 Photos of the accident scene taken by the Sandy Springs Police Department show a later model-year GMC Acadia on the outermost portion of the highway exit ramp pressed up against a GMC Savana work van, which itself is pressed up against a current-generation Ford Mustang. Police say the three drivers attempted to take the Glenridge Drive exit at the exact same time and became stuck, completely blocking the exit.

It’s hard to place blame here without having footage of the crash, but since the GMC Acadia is parked on top of the white dividing line for the highway exit, it seems as though the driver of the crossover tried to take the exit ramp at the last minute without looking and made contact with the Savana. The latter is also the furthest ahead of the three, a potential sign that the driver of the utility van was pinched by the Acadia and the Mustang from behind. This is all speculation, though, so take our hypothesizing with a grain of salt.

⁦@SandySprings_PD⁩ is investigating this crash on I-285 East at Glenridge Dr. where these 3 vehicles tried taking the exit are the same time. No injuries were reported pic.twitter.com/JXx1dbEu31

While we’re sure there were some frustrated motorists who were delayed by this needless accident, the most important thing here is that no one was hurt in the odd three-wide crash. Tow trucks were also able to remove the vehicles in relatively short order and traffic flow resumed to a regular level later in the night.