According to a recent social media post from GM Design, Theodore Schroeder (or “Ted” to those who knew him) worked as a General Motors designer and spent a portion of his career overseas working for Holden, GM’s previous brand presence in Australia. Holden became a subsidiary of General Motors in 1931, and was eventually replaced by GMSV last year.

The GM Design social media post also indicates that his wife, Margaret, worked as a color and trim designer at General Motors. 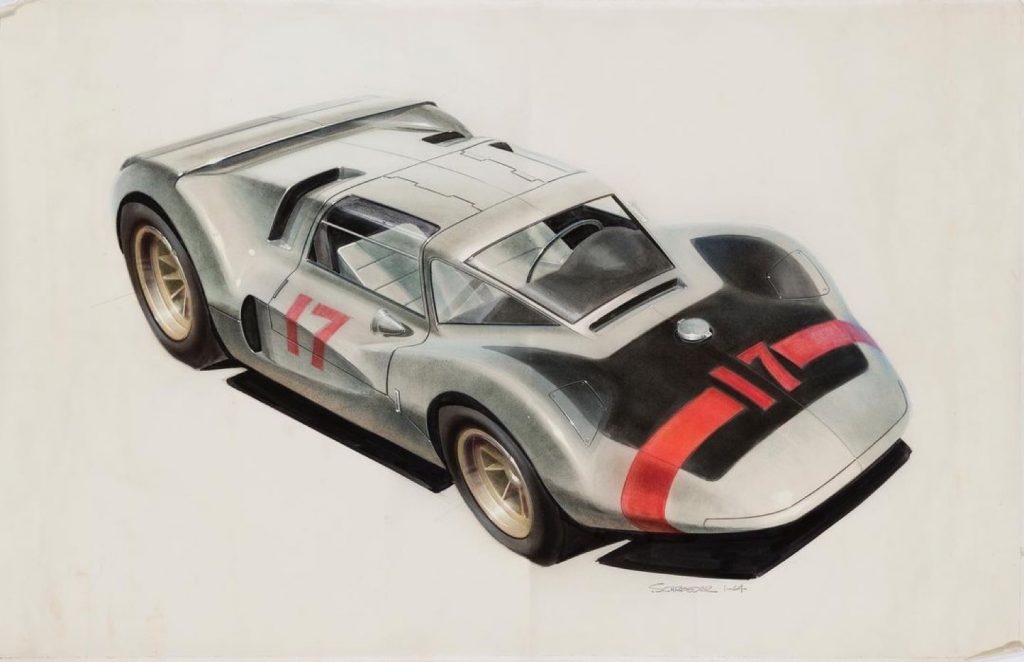 In total, we have three interesting concepts to pick over. The first is what appears to be a Le Mans-style race car, with a short, flat, nose, centrally positioned cockpit, and stubby rear end. The fenders are widely flared, with staggered wheels and tire sizing. The exterior is finished in silver, with black covering the front nose section, plus red striping and number plates. It’s possible this concept hails from GM’s Chevrolet Engineering Research Vehicle (CERV) line, which set the stage for the debut of the new mid-engine Chevy Corvette Stingray.

The second concept appears to be a 1973 Buick Riviera, with a long, low, sleek design that incorporates wide, horizontally oriented front fascia styling elements. The extended hood line and rear trunk line are enhanced by a very classy mid line that follows the rear fender line at an upturned angle, dividing the two-tone paint into a silver upper portion and black lower portion. The polished wire wheels and white wall tires also lend this two-door that much more curb appeal.

To finish it off, we have a highly stylized concept coupe with pointed features and a low-slung stance. It appears as though this particular concept could be a Chevy Impala, and it simply drips with futuristic goodness from tip to tail.

Let us know which concept you like the most by posting in the comments below, and make sure to subscribe to GM Authority for more GM design news, Buick news, and around-the-clock GM news coverage.