Earlier this year, General Motors announced its new Periscope safety brand, which is “committed to combining vehicle technology, research and advocacy,” to help further the automaker’s vision of a world with zero crashes. Now, the automaker has released a new dedicated television ad to promote the newly established Periscope brand, which uses a light, humorous tone to address the rather serious issue of vehicle safety.

This ad features a young mom getting into her Chevy Blazer after securing her two young children into their car seats. When she goes to put the vehicle into reverse, she notices on the rearview camera that a small Pomeranian dog is sitting directly in her path. Expectedly, her kids immediately start begging her to keep the dog, at which point she notices a “missing dog” sign offering a $1,000 reward stapled to a nearby lamppost. This ad is dubbed ‘Pleasant Surprises – Lost and Found’ – seemingly because the dog’s presence was a pleasant surprise to the kids, but the “missing dog” sign was a pleasant surprise for the mom. 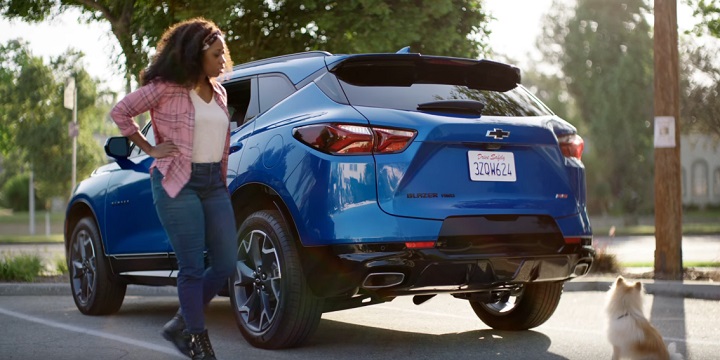 “Moms always seem to have eyes in the back of their head, but sometimes you need the real deal,” GM’s description for the ad says, referring to the vehicle’s standard rearview camera.

This ad isn’t for one of GM’s four vehicle brands, but rather the Periscope safety brand. Periscope was established so GM could not only focus more on in-vehicle safety technology, but also on teaching safe driving practices to motorists and advocating for safer roads.

According to Periscope’s data, there are over six million crashes in the United States and Canada per year, while 4.5 million people are injured or disable per year in car crashes. Car crashes are also the leading cause of teen death in the United States and cost Americans hundreds of millions of dollars per year in crash damage, emergency response services and more.