A new class action lawsuit has been filed against General Motors alleging that an equipment defect prevents airbag deployment and activation of the automatic seatbelt pretensions in certain frontal crashes, resulting in the death or injury of at least 1,298 people.

Per a report from Car Complaints, the lawsuit targets the airbag control units on certain General Motors vehicles, which, according to the filing, are calibrated to prevent airbags and seat pretensioners from deploying 45 milliseconds after a collision has begun. According to the lawsuit, this calibration can cause problems in a “concatenated” crash with multiple impacts, thus failing to trigger airbag deployment when needed.

Scenarios cited wherein this calibration can become an issue include a vehicle striking a curb before hitting a tree, or hitting a speed bump before rear-ending a second vehicle.

“In concatenated crashes, the first part of the incident (hitting a curb) sends the [sensing and diagnostic module] into its ‘wake up’ or ‘stand by’ mode,” the lawsuit states. “The initial curb hit does not trigger the airbag or tighten the seatbelt, but the SDM ‘wakes up’ to confirm whether further irregular signals will follow and indicate a need for the seatbelts or airbags.”

According to the lawsuit, the 45-millisecond calibration results in a “dead zone” after the crash has begun wherein passengers are left vulnerable. 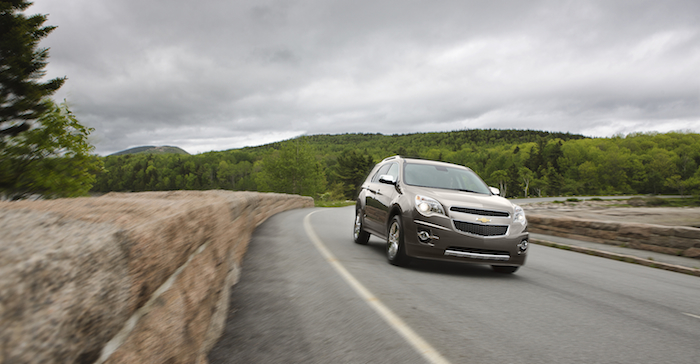 This isn’t the first time General Motors has faced issues regarding its sensing and diagnostic modules. Back in 2016, the automaker recalled 4 million vehicles over an issues with the same components, while a further recall of 88,000 GMC vehicles was issued in 2018.

The General Motors vehicles owned by plaintiffs in the new lawsuit include the 2010 GMC Sierra 2500HD, 2012 Chevy Traverse, 2014 Chevy Traverse, 2014 Chevy Equinox, 2014 Chevy Silverado 1500, and 2014 Chevy 1500 Express. Although none of the plaintiffs allege that their vehicle experienced any seatbelt of airbag failure, the plantiffs do allege that millions of vehicles are dangerous to drive due to the possible failure of airbag deployment and seatbelt pretensioner activation.