With an eyebrow-raising annual compensation of $40.3 million, one might think General Motors’ CEO prefers to drive one of the automaker’s fancier products – like a 2021 Cadillac Escalade or Cadillac CT5, for example. However, in a recent interview with Bloomberg, Barra revealed her current daily driver isn’t a fancy luxury vehicle, but rather a Chevy Bolt EUV. 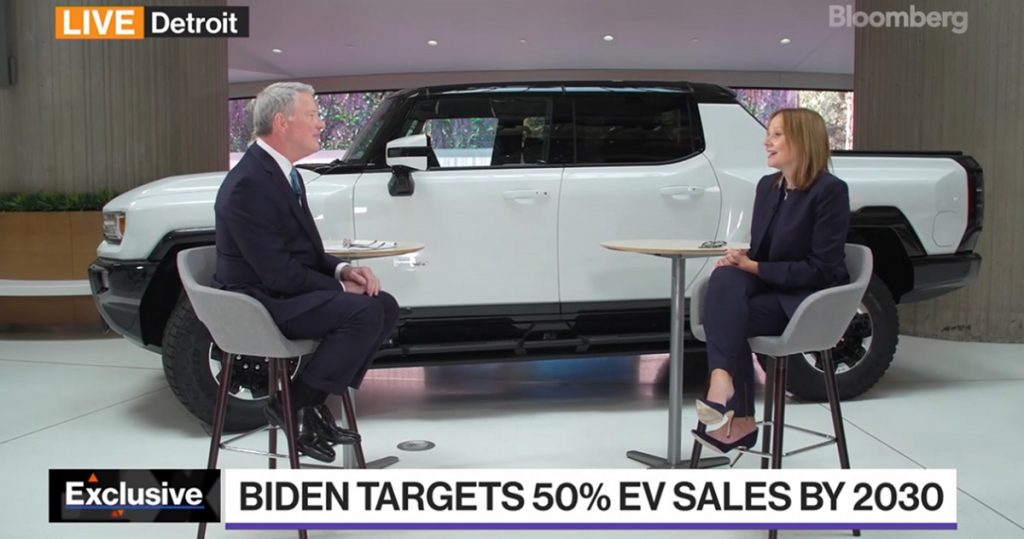 Barra appeared on Bloomberg TV this week to discuss the automaker’s ongoing electric vehicle transition. The conversation eventually turned to Barra’s feeling toward electric vehicles and whether or not she’ll miss internal combustion engines, prompting her to reveal that her current daily driver is a Chevy Bolt EUV.

“Well, I mean there are so many vehicles that I’m proud of that are on the road right now, and those will be on the road for a while, and the capability is just incredible,” said Barra with regard to the current ICE vehicles that GM produces. “But I’ve also had the opportunity… whether it’s driving the GMC Hummer EV, or right now I’m driving the Bolt EUV, and the future products that we have coming I think are just going to surprise and delight our customers.”

Bloomberg also inquired about the ongoing battery recall, with Barra explaining the reason behind the recall and how it plans to remedy the issue.

“Well we already understand that when two very specific manufacturing defects happen within the same cell, that’s when there’s an issue,” Barra said. “And we’re working with LG Chem to make sure those issues are solved, and then we’ll be able to provide battery cell and module replacements for our customers.”