A Chevy Silverado driver in Marin, California was recently pulled over for mounting a set of flashing red and blue lights to the grille of his pickup.

According to a post to the CHP – Marin Facebook page, a CHP Lieutenant was driving to work Tuesday morning on Highway 101, traveling southbound, when he noticed flashing red and blue lights in his rearview mirror. After pulling over, he realized that the vehicle in question was a lifted Chevy Silverado pickup truck – not exactly your typical unmarked police vehicle.

Marin CHP promptly pulled the Chevy Silverado over, determining that the driver was in fact not law enforcement. The driver was cited, and photos of his or her pickup were captured and promptly plastered on social media.

“If you ever find yourself in a situation where you believe you are being pulled over by someone impersonating a police officer, don’t hesitate to call 911,” the CHP – Marin post reads.

Essentially, it looks as though the Chevy Silverado driver installed the red and blue lights to trick other motorists into thinking the lifted pickup was a law enforcement vehicle, forcing them to move over – probably so the truck could get around traffic with the flip of a switch. 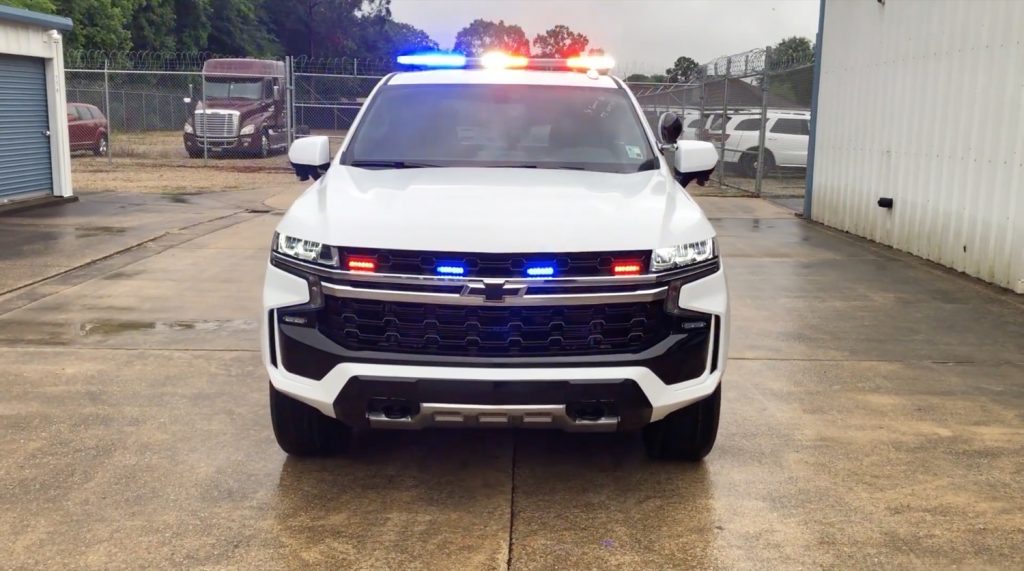 Funny enough, the car upon which the Chevy Silverado driver tried to pull this little stunt really was an unmarked police vehicle. However, as CHP – Marin points out, traffic patrols are only performed by marked vehicles. As such, the Lieutenant requested a marked car to perform the stop.

Per the post’s author, “538d(a) actually designates this as a misdemeanor, not an infraction. So long as a person uses a ‘device’ to make people believe they are law enforcement, the penal code classifies it as a misdemeanor.” 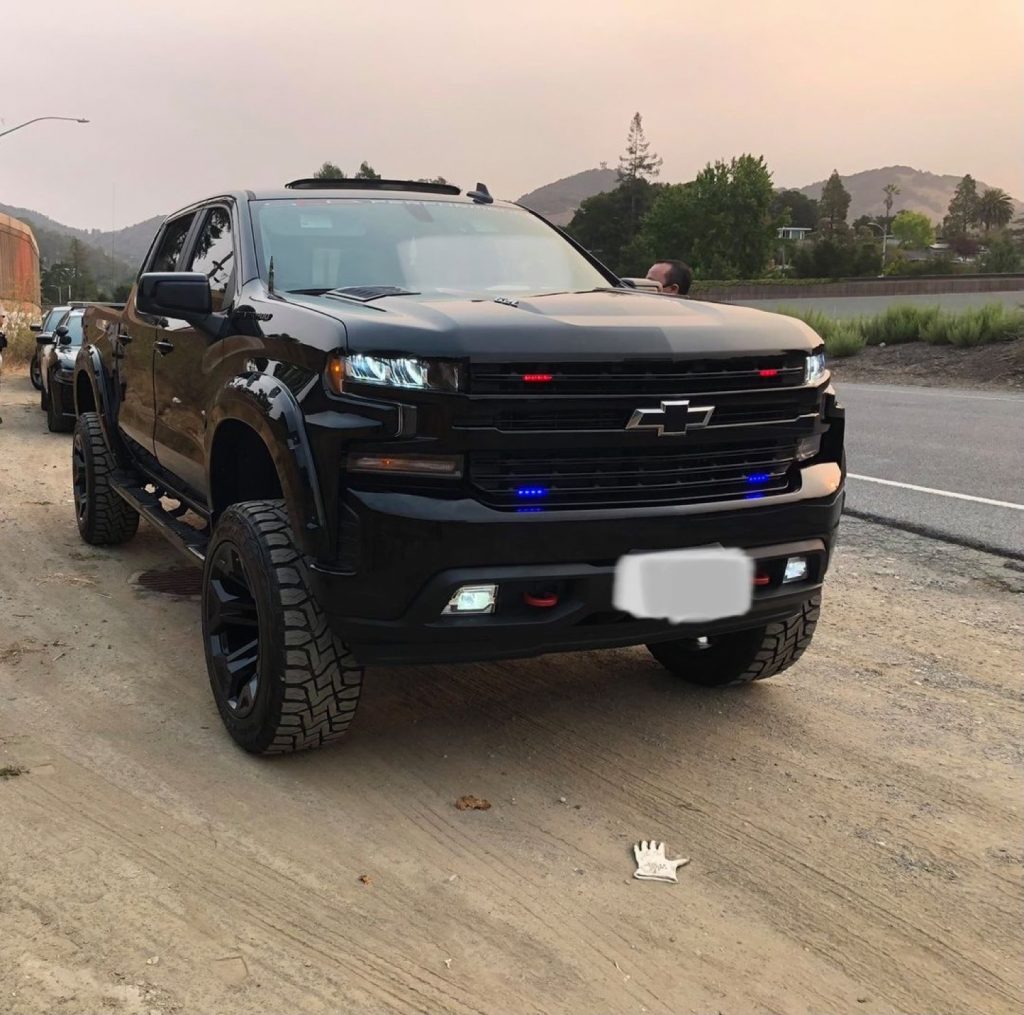