Despite being a track-bred supercar developed using Formula 1 know-how, the McLaren 765LT is surprisingly adept at drag racing. Some McLaren 765LT owners have achieved low nine-second quarter-mile passes in the car on a prepped surface – making the lightweight mid-engine Brit one of the fastest-accelerating production cars on sale today. 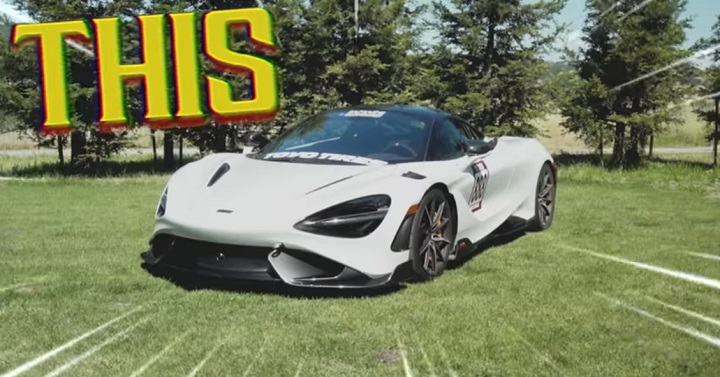 A McLaren 765LT was recently featured on Hoonigan’s ‘This vs. That’ drag racing show, but instead of pitting it against a Lamborghini, Ferrari or another mid-engine exotic, the Hoonigan crew decided to line it up against something a bit more blue-collar: a 1980 Chevy Malibu wagon. 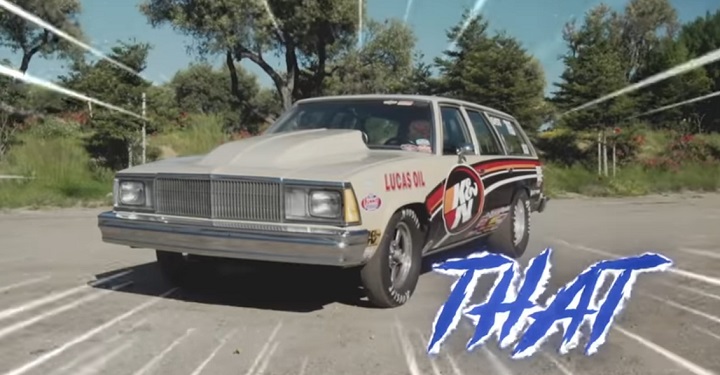 The Chevy Malibu in question is far from stock, it should go without saying, or this wouldn’t be much of a race at all. Under the hood of the drag-prepped wagon is a carbureted 6.2L LS3 V8, which sends power to the rear wheels through a two-speed Powerglide transmission. The owner claims the Malibu produces about 660 horsepower and tips the scales at 3,200 pounds. The McLaren, by comparison, produces 755 horsepower and weighs just 2,592 pounds. 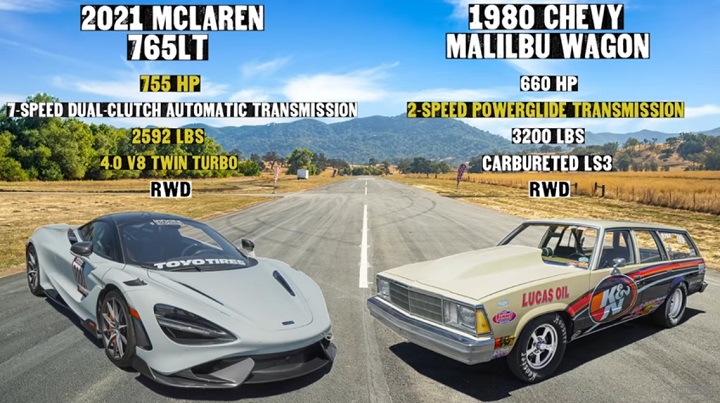 On paper, then, it would seem the McLaren has this contest in the bag, but the Chevy has a huge tire advantage. While the 765LT is riding on a set of street-legal Toyo performance tires, the Malibu has huge rear drag slicks and skinny fronts. This setup ensures the Chevy leaves the line much quicker than the McLaren, although the supercar’s massive power advantage helps it reel the Chevy in at the end of the runway.

So can the mighty McLaren 765LT can beat this drag-prepped Chevy Malibu station wagon in a heads-up shootout? Place your proverbial bets and check out the video embedded below to find out.