The upcoming Chevy Corvette E-Ray hybrid sports car will be available in both Coupe and Convertible body styles, sources close to the project have revealed to GM Authority.

As we reported previously, the Chevy Corvette E-Ray will receive the same widebody treatment as the upcoming Corvette Z06. Now we can confirm the widebody E-Ray will be offered in both the Coupe and Convertible body styles, giving Corvette fans more even variety and choice. 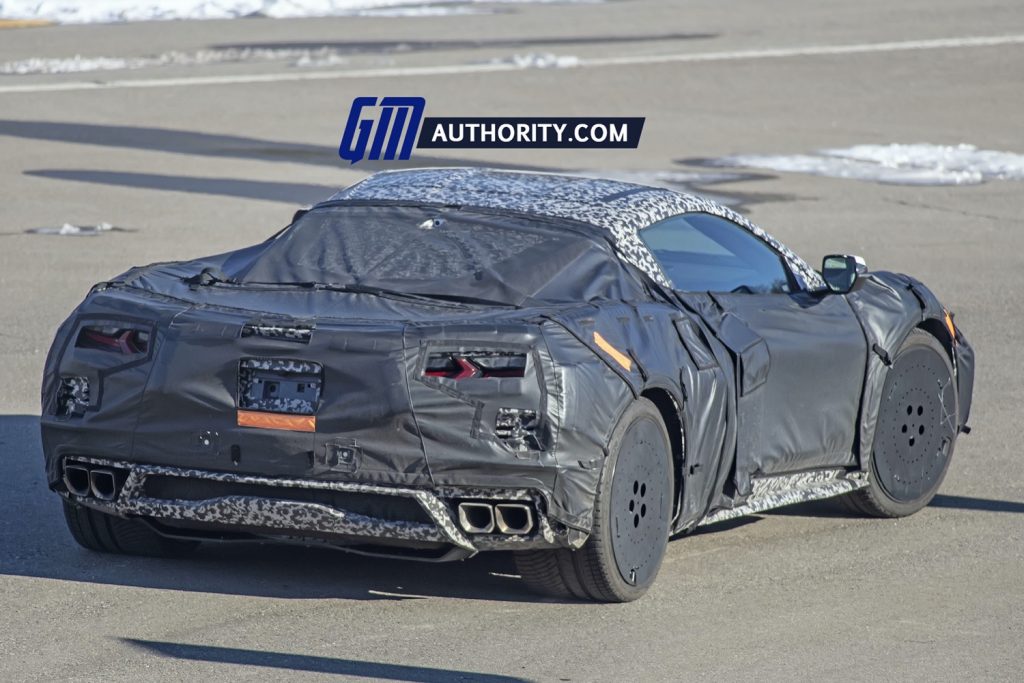 The Chevy Corvette E-Ray will utilize a plug-in hybrid powertrain consisting of two independently controlled front electric motors, along with the C8 Corvette Stingray’s 6.2L LT2 V8 engine. The two electric motors are expected to produce around 50 horsepower each, while the 6.2L LT2 V8 is factory rated at 495 horsepower and 470 pound-feet of torque when equipped with the optional performance exhaust. The hybrid setup should therefore give the E-Ray around 600 horsepower, giving it superior performance to the standard Stingray model. 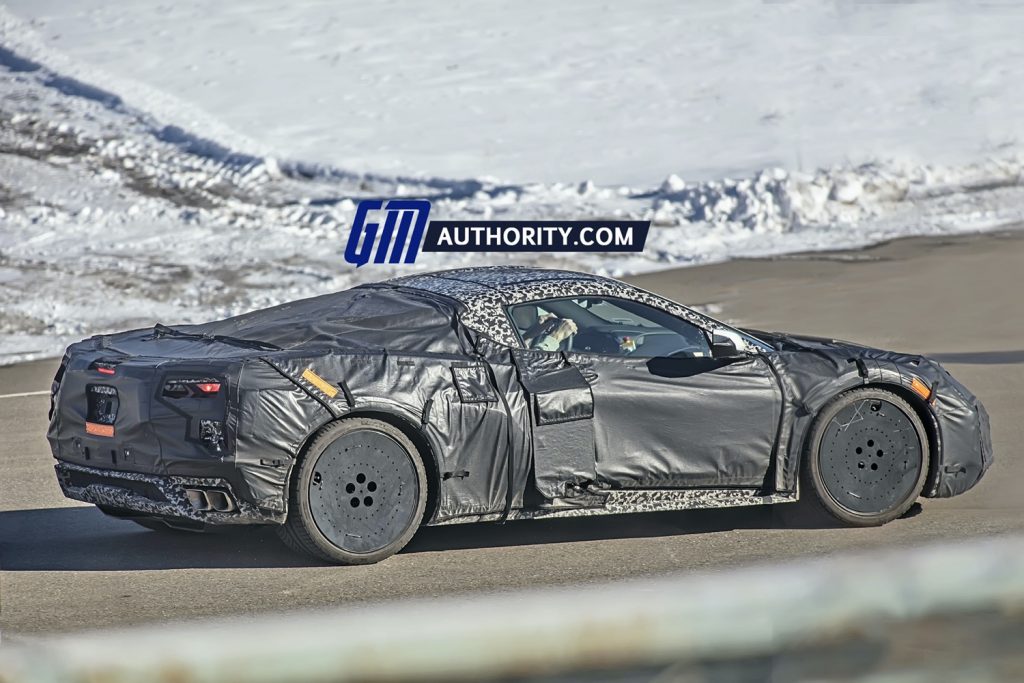 Power for the twin electric motors will be sourced from a small 1.94 kWh lithium-ion battery mounted in the middle of the chassis, which will make the E-Ray slightly heavier than the C8 Corvette Stingray and Z06. The mounting position for the two front electric motors will also rob the vehicle of some “frunk” space, though the front storage area will still have a limited amount of room for smaller items. 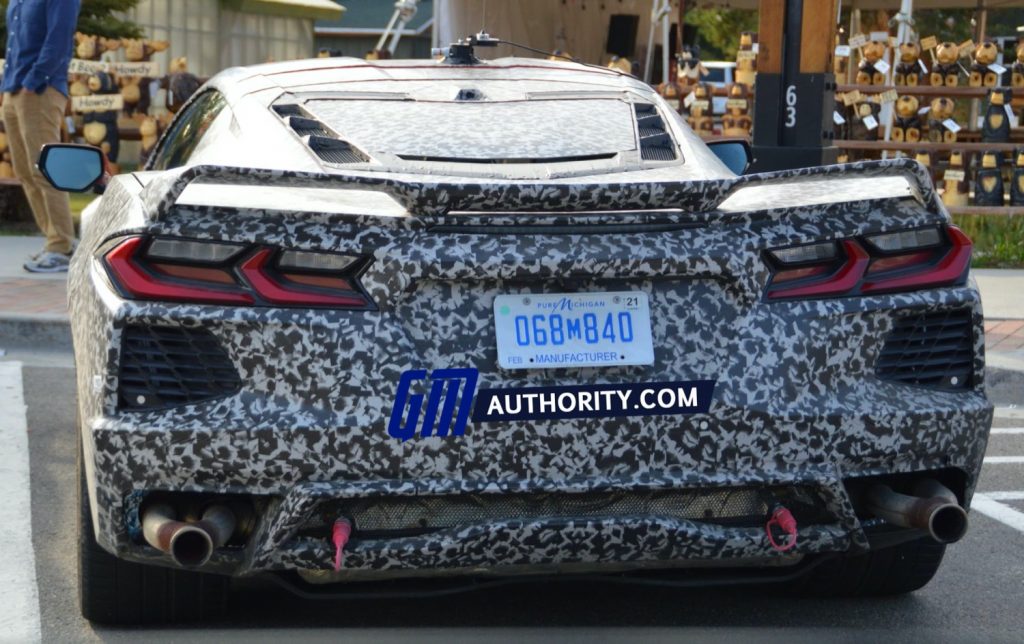 The Corvette E-Ray will indirectly replace the Corvette Grand Sport. This variant will also occupy an important space in the Vette’s model lineup, offering superior performance over the standard C8 Corvette Stingray while also being more approachable (and eco-friendly) than the hardcore, track-focused C8 Corvette Z06 – which will essentially be a road-legal version of the Corvette C8.R race car.

It’s not clear when the Corvette E-Ray will make its official debut, so be sure to subscribe to GM Authority for all the latest Corvette E-Ray news, Corvette news, Chevrolet news, and around-the-clock GM news coverage.