We love a good drag race matchup, especially when one of the competitors is something a bit unexpected. Such is the case here, with an upgraded Chevy Camaro ZL1 taking on the Japanese tech powerhouse that is the second-generation Acura NSX. 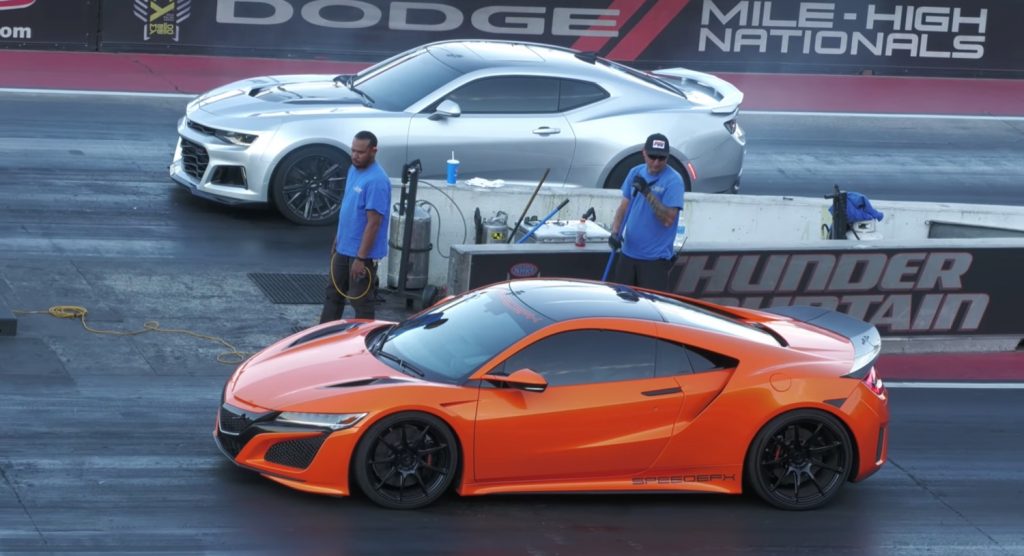 While the Chevy Camaro ZL1 is a common sight at the dragstrip, the Acura NSX is not. Originally making its debut in December of 2015, the second-generation NSX packs a hybrid powerplant doling out 573 horsepower and 476 pound-feet of torque, all courtesy of a twin-turbocharged 3.5L V6 engine and no less than three electric motors. Output is put to the ground by way of a nine-speed dual-clutch automatic transmission and all-wheel drive system, with curb weight tipping the scales around 3,850 pounds.

Indeed, the Aura NSX is impressive (and in fact, a new Type S version is coming to challenge the C8 Corvette). However, in the other lane, the competition has its own tricks up its sleeves. 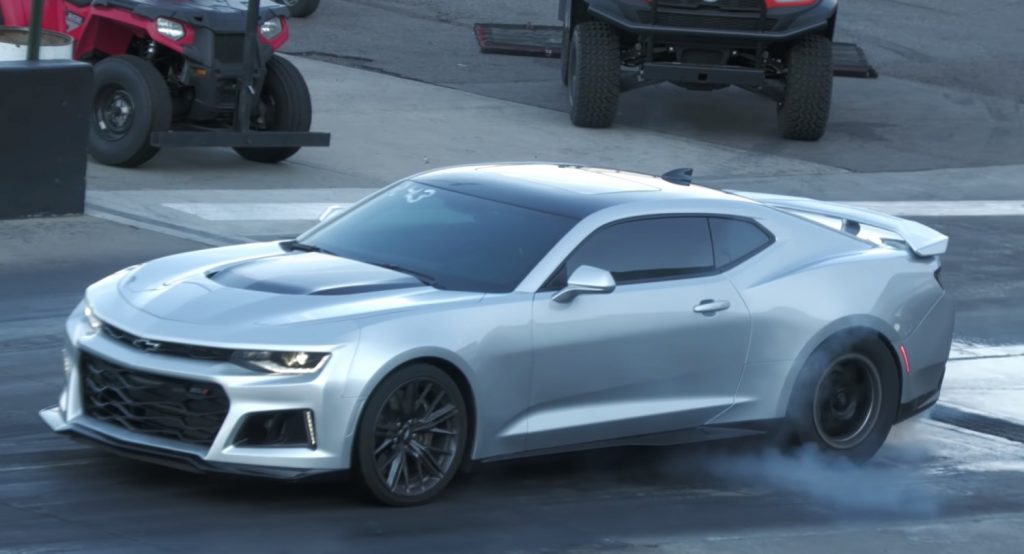 Running opposite the Acura NSX is a Chevy Camaro ZL1, which ups the ante with the supercharged 6.2L V8 LT4 gasoline engine, doling out an equally impressive 650 horsepower and 650 pound-feet of torque. And while the NSX might have more driven wheels, the Camaro is making up the difference with some upgraded drag slicks, which should pair well with the upgraded drag racing surface. Curb weight comes in at 3,900 pounds.

What’s more, it’s entirely possible this particular Chevy Camaro ZL1 is packing a little more firepower than stock, although unfortunately, performance details and specs for this particular example are unavailable.

So then – it’s a matchup between processor power and horsepower, with turbocharged hybrid wizardry competing against a supercharger and slicks. Which of these two rides do you think will come out on top? Let us know by posting in the comments below, then hit play to see it all go down: