Connecticut-based performance tuner Callaway Cars has announced the new Callaway Corvette C8 Launch Edition, set to make its debut this week at the Corvettes at Carlisle event in Carlisle, Pennsylvania. To help build hype for the reveal, Callaway Cars has released a series of design sketches that depict the upgraded C8 Corvette Stingray’s new design.

The new Callaway Corvette C8 Launch Edition rendering images show off a massive rear wing, as well as a revised rear bumper and carbon fiber diffuser, the latter of which houses a Double-D rounded center exhaust treatment. In the corners, there are upgraded Callaway Forged C8 wheels, while new lower side skirts complete the profile view. 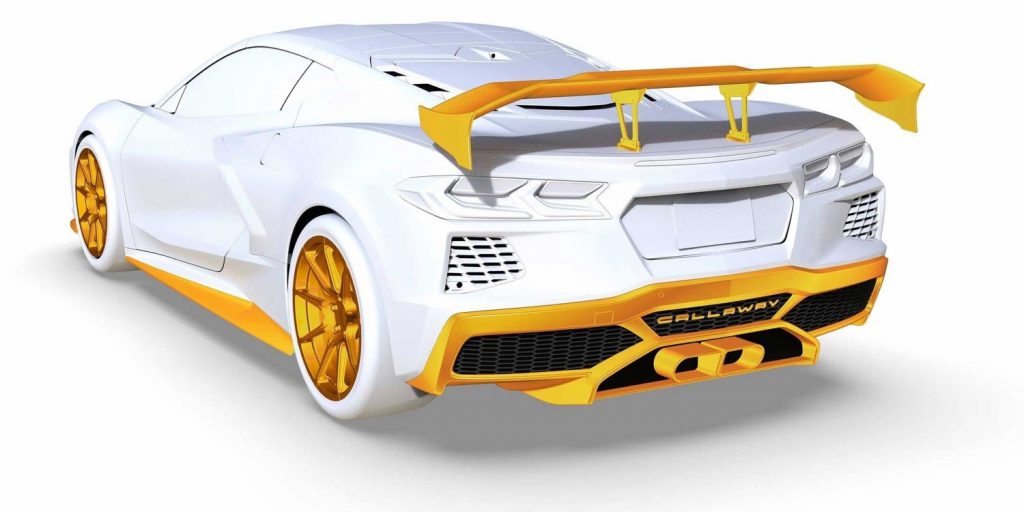 The Callaway-tuned C8 Corvette will include updates in the cabin as well, with an Alcantara horn cover, door sills panels, new pedals, and embroidered floor mats. Under the hood, there’s a ported intake manifold and new intake.

It’s possible Callaway Cars is gearing up to offer a decent power boost as well, which could come in the form of turbocharging or supercharging for the new C8 Corvette Stingray. Although the C8’s ECU has been a notoriously tough nut to crack, that hasn’t stopped others from adding boost. To note, the standard naturally aspirated 6.2L V8 LT2 gasoline engine is rated at 490 horsepower and 465 pound-feet of torque. 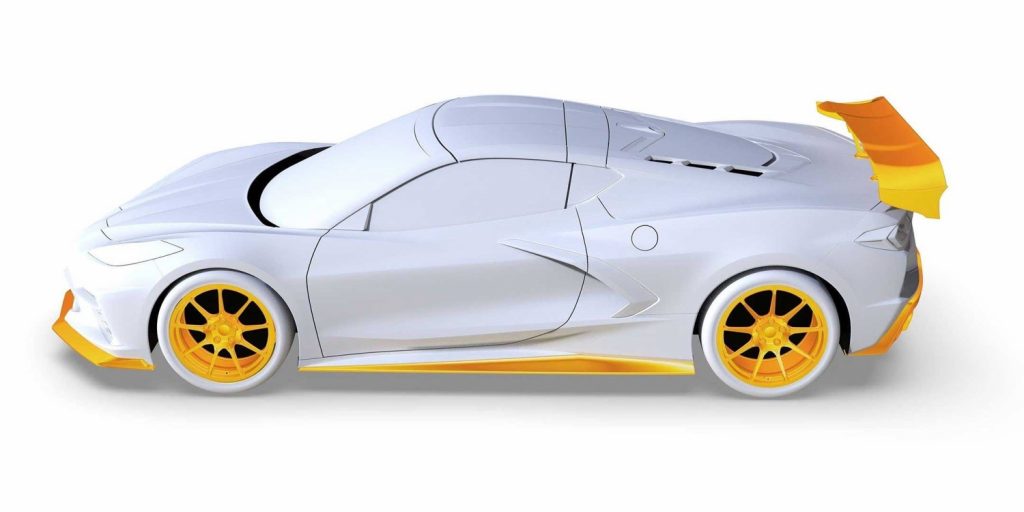 To give you an idea of the sort of power bump that may be in store, previous Callaway-tuned Corvettes include the SC757, a supercharged C7-generation Z06 making 757 horsepower and 777 pound-feet of torque.

More information on the new Callaway C8 Corvette will be released when the car debuts in Pennsylvania. The event is set to kick off tomorrow, August 26th, and will run through Saturday, August 28th, with thousands of Corvettes slated to make an appearance. For those attending, the Callaway Cars display will be located in the Carlisle’s Manufacturers Midway.