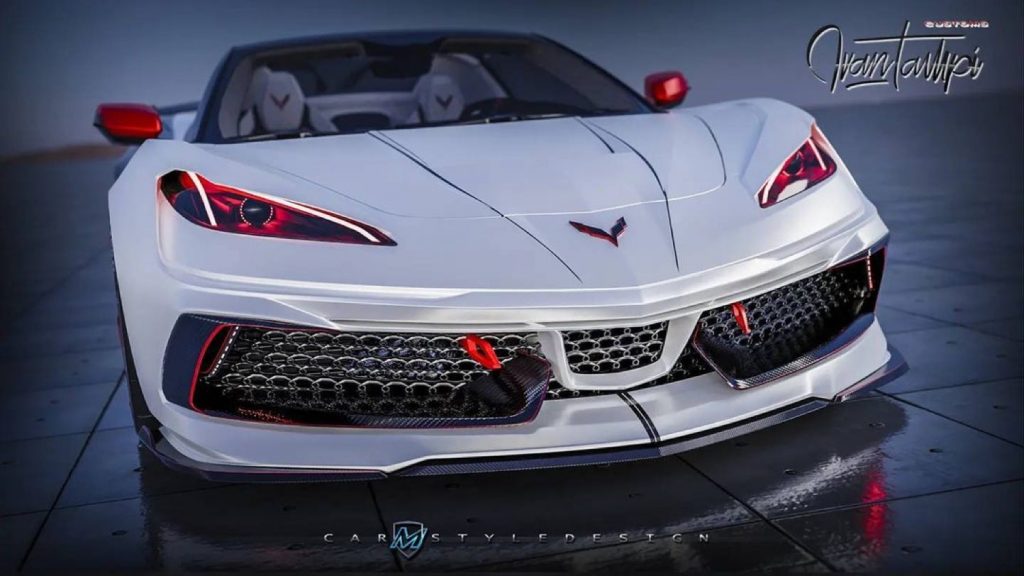 The new Black Widow Widebody kit for the C8 Corvette was recently posted to social media as a computer-generated rendering. The kit doesn’t skimp on the details, and includes extensive modifications to the factory lines. 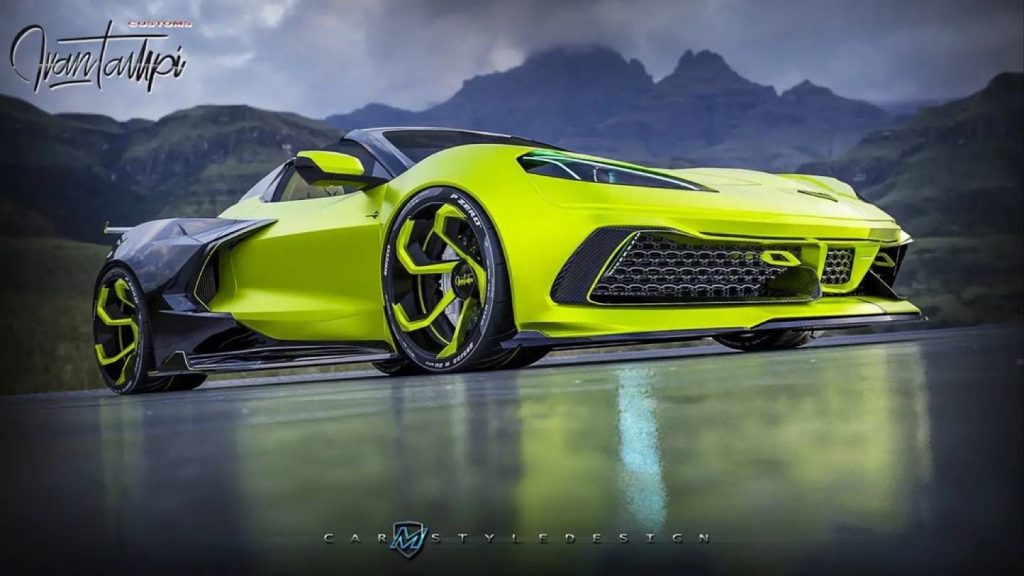 Up front, the new C8 Corvette body kit replaces the factory bumper and fascia with a new, wider bumper, which includes a broader front intake broken up into three individual sections. The intakes come with chiseled surrounds and a mesh insert backing, and enhance the pointed, narrowed nose of the C8 Corvette. 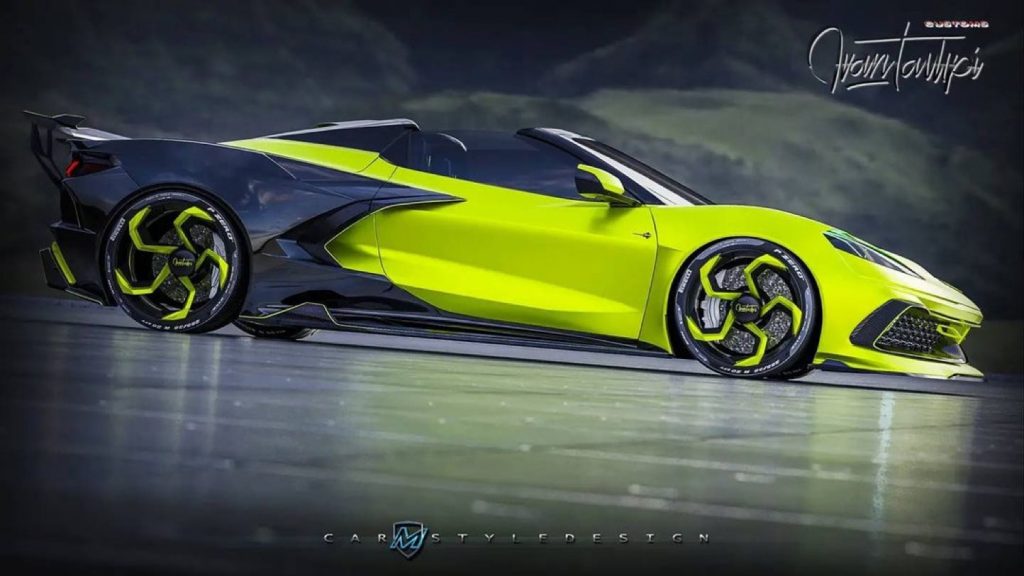 Moving over to the sides, we find the new C8 Corvette body kit focuses primarily on the back half of the vehicle, pumping up the rear fenders with a huge expansion in overall width. The front fenders match the rear in terms of flared-out proportions, but the rear half gains the majority of new lines with hard cuts and sharp styling attributes, most notably around the intake “boomerangs” just ahead of the rear wheels. Complementary lower side skirts help to bring the design closer to the ground. 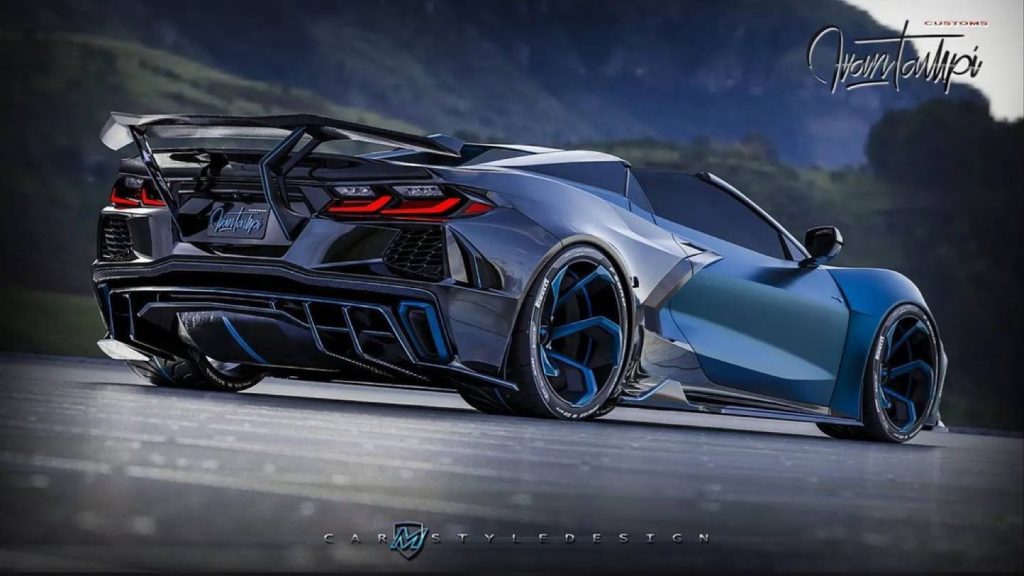 Finally, we have the rear end, which looks to add a new wing, a new trunk spoiler, and a new lower diffuser. The wing and trunk spoiler work together to create a multi-level aero arrangement, while the lower diffuser is broken up with multiple longitudinal sections that complement the tail light graphics. It also looks like the exhaust pipes were pushed into the corners of the bumper with new vertical outlets.

Check out a digital walkaround of the new kit in the brief video below:

The new C8 Corvette Black Widow Widebody kit will be available in the spring of 2022. Pricing information is currently unavailable. 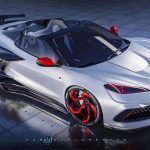 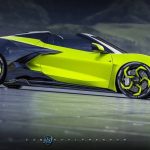 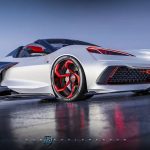 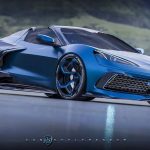 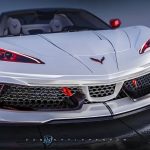 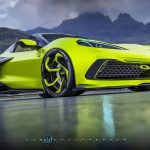 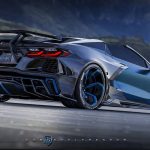 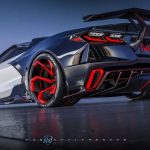