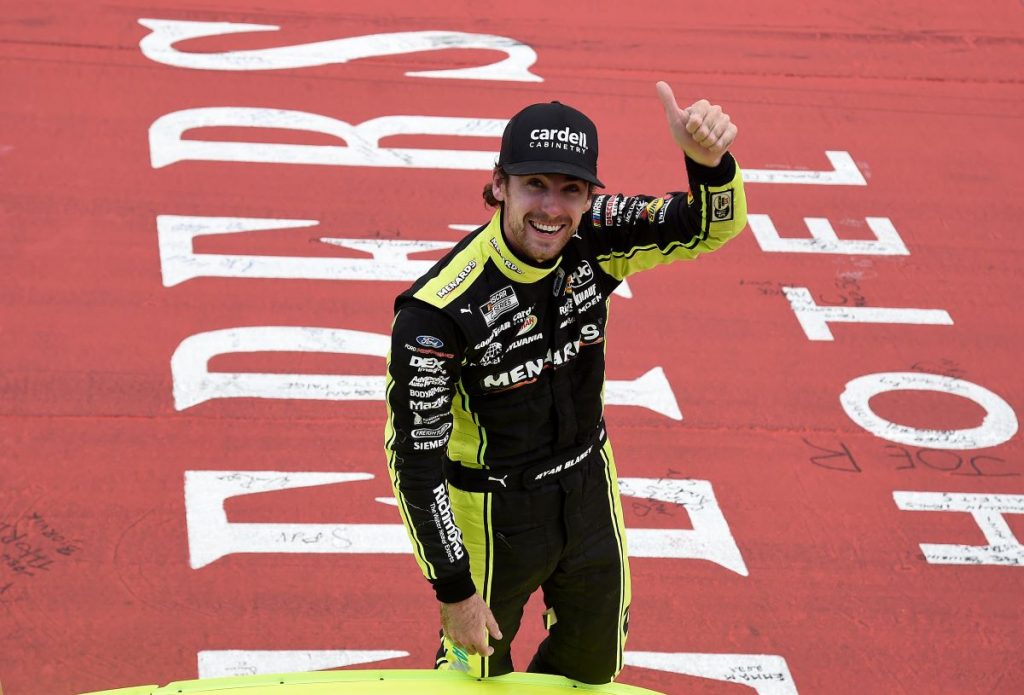 Blaney started on the front row for a late-race restart with eight laps remaining and received an exuberant push from the No. 18 Toyota Camry to put a healthy gap to the hard-charging field behind him. The driver of the No. 12 Ford Mustang then had to fend off an advance from the No. 24 Chevy Camaro ZL1 of William Byron for the remaining seven laps to take his second win of the 2021 NASCAR Cup Series season and give him some much-needed momentum before the playoffs start next month.

“We got a great push by the 18 (of Kyle Busch) on the restart and were able to get clear there,” Blaney told NASCAR.com post-race. “Michigan you pretty much run wide open and just play the air game. 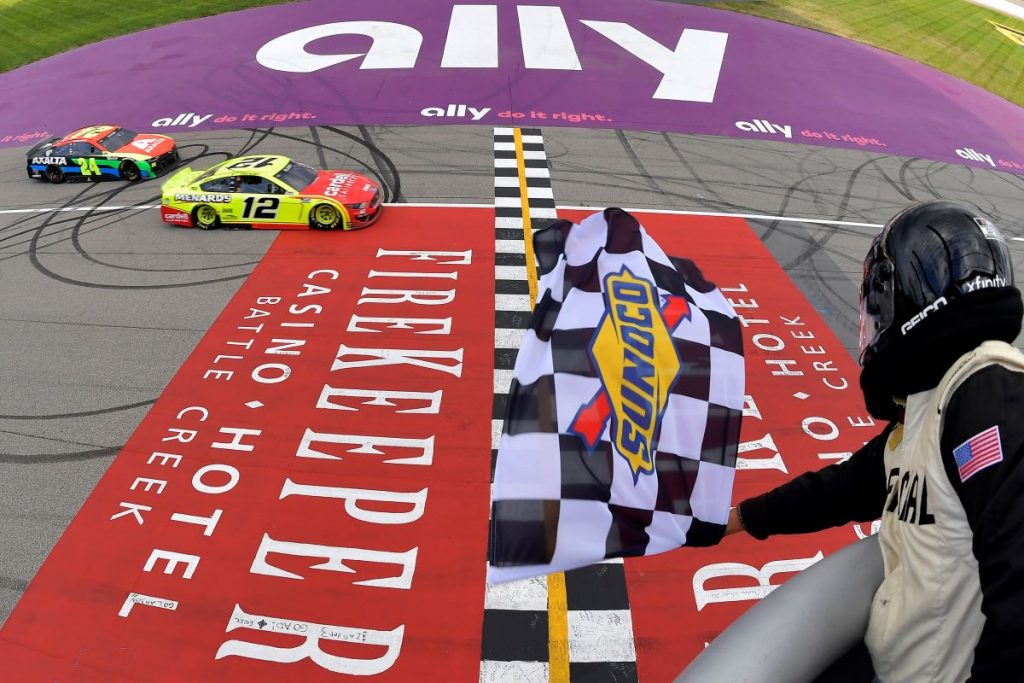 Kyle Larson continued his run of strong form with an impressive third place finish. The No. 5 Chevy Camaro ZL1 driver lamented being too easy on Blaney earlier on in the race, which allowed him to sneak past and capitalize on his track position on the late-race restart. Larson said he also intended to give Byron the same kind of push Busch gifted Blaney, but could never get close enough to the No. 24’s bumper to make it happen.

“Honestly I think I was maybe a little too patient behind the 12 (of Blaney),” Larson explained. “Just made a couple wrong moves and allowed Blaney to get by me.” 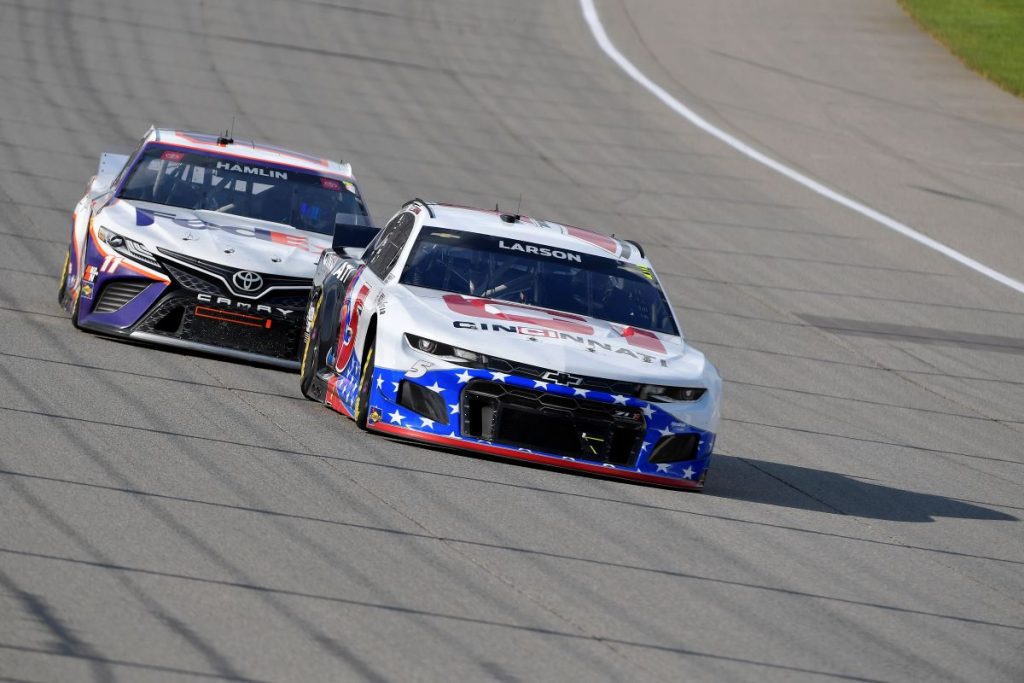 Larson currently sits first in the standings with an impressive 1,004 points on the back of five points-paying wins. His consistent performance throughout the year makes him a favorite for the 2021 NASCAR Cup Series championship, though he’ll have to carry his strong form into the post-season to lock up his first Cup Series title.

NASCAR heads to Daytona next weekend for the Coke Zero 400, which serves as the regular season finale. Check out the video embedded below for complete highlights from Michigan.