If you like your four wheels connected to as much metal as possible, this custom 1976 Buick Electra might be just the ticket. Nicknamed “The Killer Blue Whale,” this machine is packing nearly 600 all-motor horsepower under the hood, transforming it into a bona fide street bruiser. Now, we’re climbing behind the wheel in the following sub-10-minute feature video. 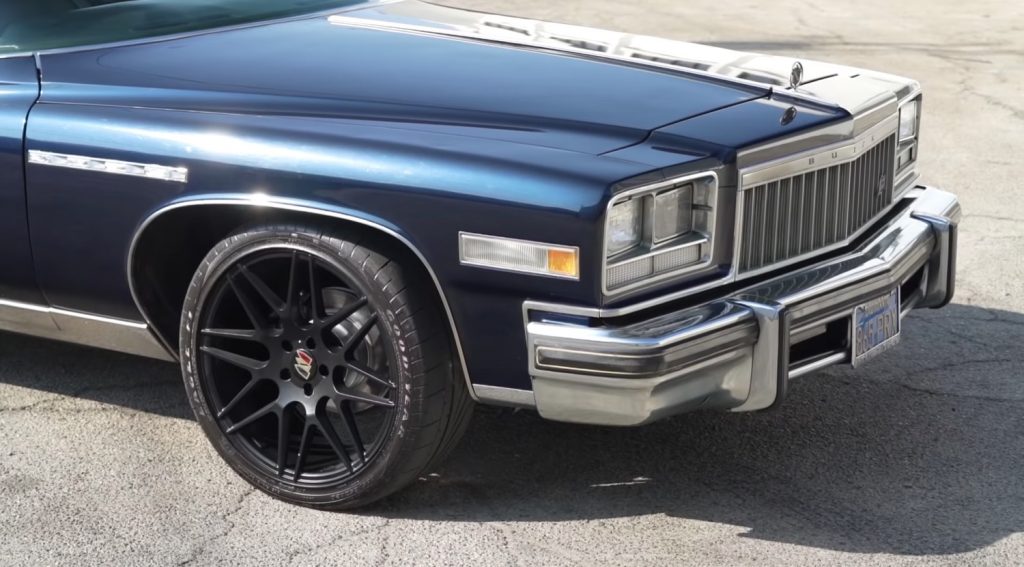 Once again coming to us from the folks at AutotopiaLA, this 1976 Buick Electra El Deora was acquired from the godfather of the current owner’s children, who bought it brand new from Irv White Buick in 1976. The two-door was later parked, but now, it’s back on the road, and with heaping more power to boot.

As is evidenced by the photos, this is not a small car. However, beyond the extreme size, this Buick Electra actually looks somewhat understated. Look closely though, and you’ll find some pretty cool details, like a set of limo lights on the exterior just behind the side windows. The owner also installed dual antennas in the rear. 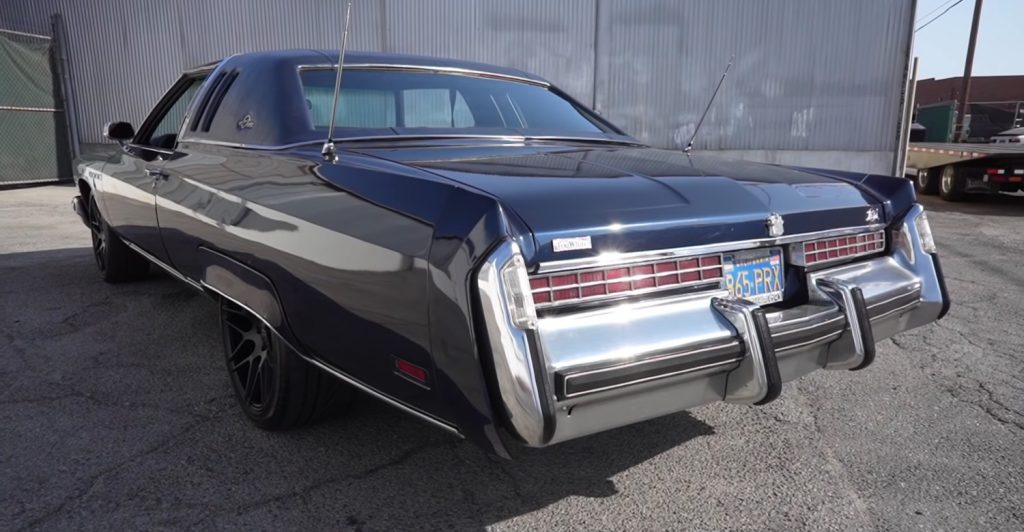 In fact, the only real indication this Buick Electra is packing heat are the plus-sized wheels and tires, measuring in at 20 inches in diameter, with a split-spoke design and custom center caps with the matching Buick logo.

And course, there’s also the exhaust note. Making the go is an all-motor Big Block V8, which was upgraded with components from TA Performance out of Arizona. Throwing on pieces like a new manifold, heads, headers, camshaft, and pistons, this Buick Electra is now making 580 horsepower and 575 pound-feet of torque. 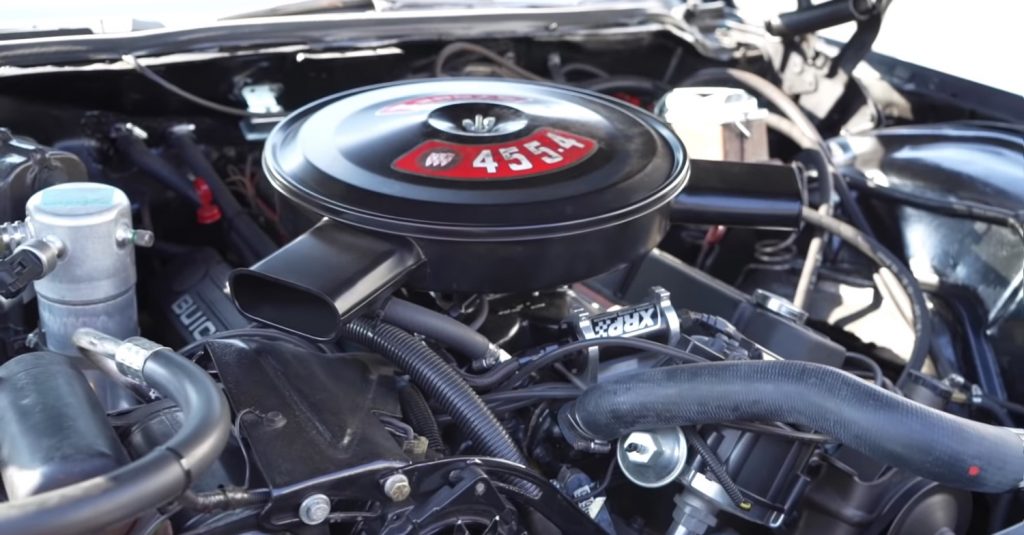 Output is set rearwards through a three-speed Turbo 400 automatic transmission, which was also upgraded to handle the extra power.

Helping to slow this beast are four-wheel disc brakes. Meanwhile, the original suspension remains for that floaty, old-school boat feel.

Check out this behemoth Buick in the video below: