Back in the ‘70s, General Motors launched a television commercial celebrating classic Americana themes, including baseball, hot dogs, apple pie, and of course, the Chevrolet brand. Now, Chevy is putting a new spin on this classic jingle and enlisting the help of famous restaurateur and chef Guy Fieri in the following brief videos. 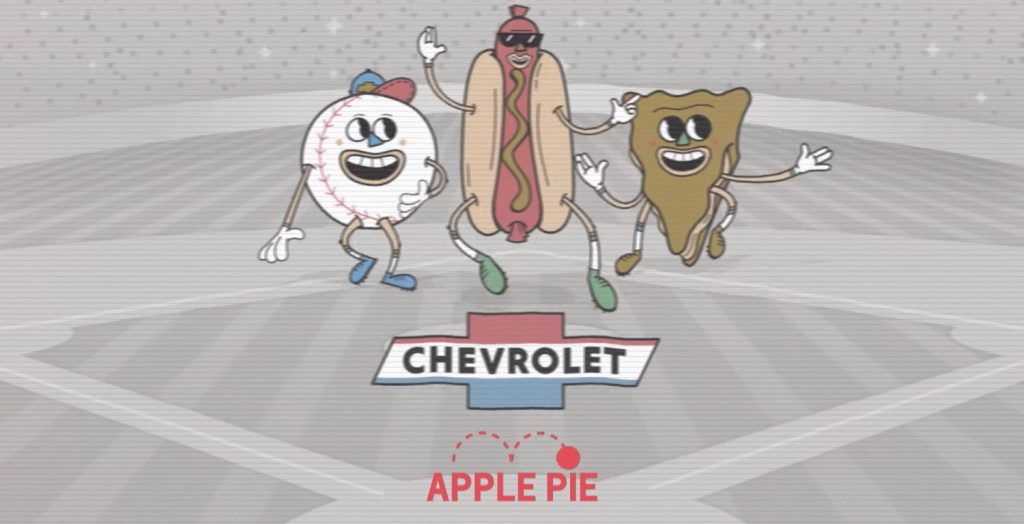 For those readers out there who may be unaware, the Baseball, Hot Dogs, Apple Pie, Chevrolet television advertisement includes an upbeat jingle listing these four classic American icons in quick succession, making for a rather sticky earworm of a jingle. Funny enough, the ad was so popular, it even spawned a series of follow-up advertisements overseas, including a “Football, Meat Pies, Kangaroos and Holden Cars” ad in Australia, and a “Braaivleis, Rugby, Sunshine, and Chevrolet” ad in South Africa.

Now, General Motors is taking this classic off the shelf with a new remix. The remix includes the same combination of iconic Americana elements, but with a new soundtrack. The anthropomorphized baseball, hot dog, and apple pie can be seen dancing around a baseball diamond, complete with an old-school Chevrolet logo. Check it out below:

However, the remixed jingle isn’t the only thing on offer here – Fieri is also cooking up a new dish that combos apple pie and hot dogs in a novel way.

“So what do you get when the Major of Flavortown hangs out the cool kids from Motor City?” Fieri asks. “You get yourself an apple pie hotdog.”

Fieri provides the recipe for this interesting all-American dish in a sub-one-minute video, layering some pie crust with a hot dog, bacon jam, and apple pie filling, and topping it of with some raw sugar, pie spice, and a 50/50 combo of apple pie filling and yellow mustard.

“You’re gonna dig it!” Fieri says, chowing down on his new creation. Check out the full recipe below: