Take a striking Sebring Orange C8 Corvette Stingray, add some slick rolling stock from Velgen Wheels, then drop the body to the pavement and you might not have the most pure Corvette, but it’s certainly a real head turner. 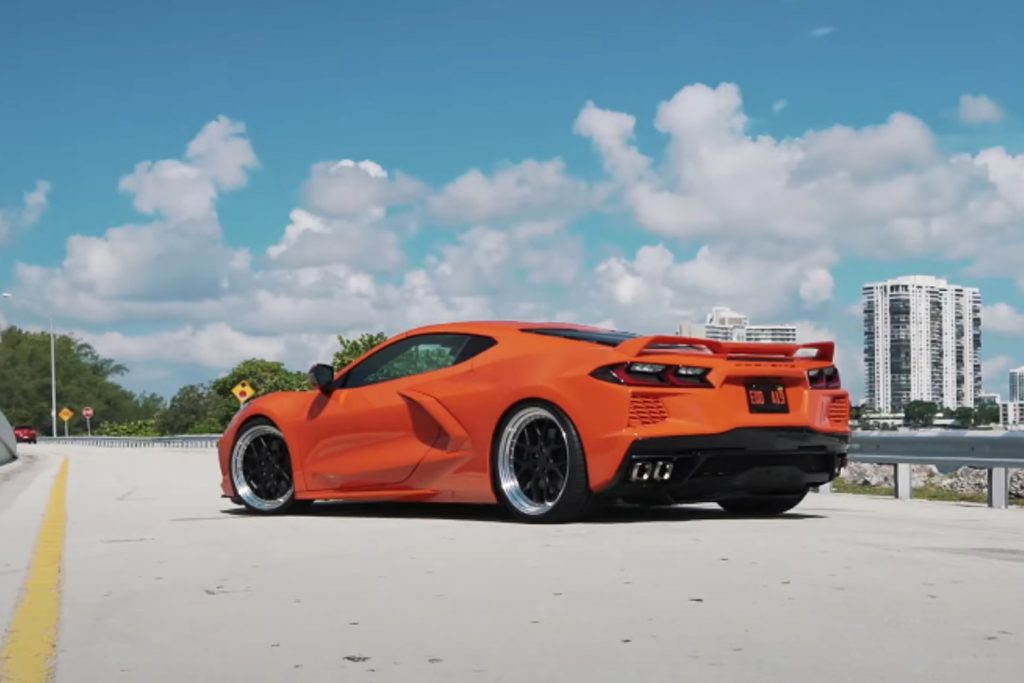 A new video from Velgen shows off the SL7 from the company’s SL Series fitted to the C8 Corvette Stingray. These rims feature dual block forged construction available in diameters from 18 to 24 inches and widths from 5 to to 15 inches or greater.

The 6061 T6 treated forged aluminum wheels are available in black and silver and can be fitted to any vehicle. The C8 Corvette Stingray with body-colored side vents shows off the black rims, with closeups of the wheels along with shots of the custom-installed air suspension dropping the C8 to the pavement. 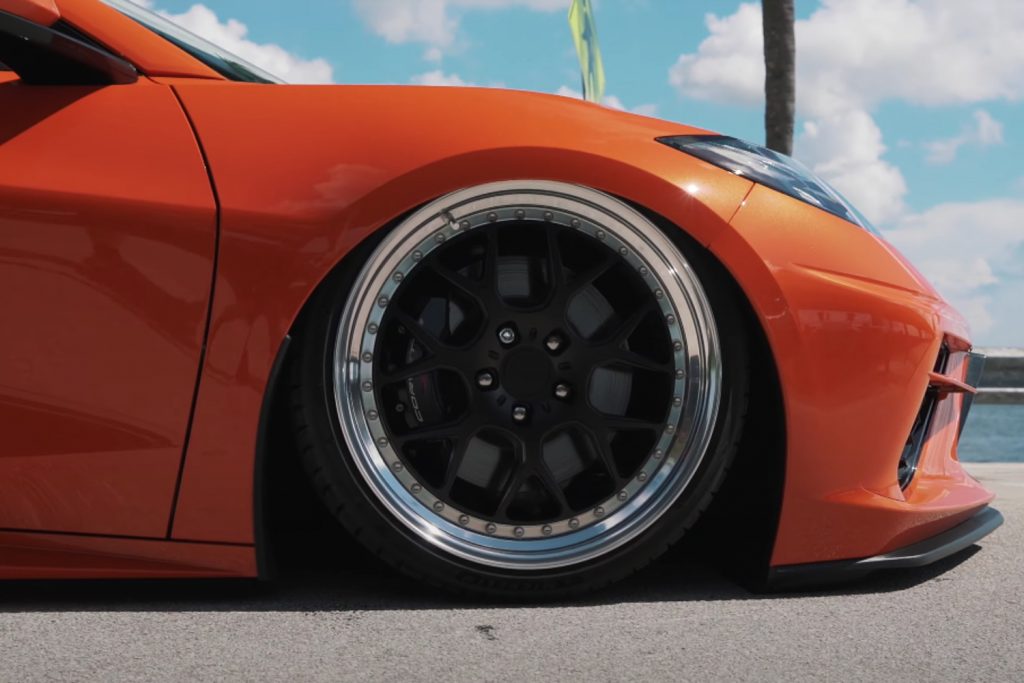 The setup here is 20×9.5 inches in the front and 21×12 inches in the rear. And while this is a Velgen commercial for its SL7, one can argue that it’s also a great piece to show off the C8 Corvette.

Check out shots and closeups of the rims and dropped body in the video here, andlearn more about the SL7 at the Velgen Wheels website.

The Stingray is currently the only Corvette model currently available. It’s powered by the naturally-aspirated 6.2L V8 Small Block making 490 horsepower and 465 pound-feet of torque, or 495 horses and 470 pound-feet of torque with the optional dual-mode performance exhaust system. The Stingray will be joined by several higher-performance C8 variants in the future, the first of which will be the C8 Z06. The Z06 will debut this fall and will launch as a 2023 model year vehicle.

In later years, it will be followed by other variants including the hybrid C8 E-Ray, C8 ZR1 and the C8 Zora. All versions will be built at the GM Bowling Green plant in Kentucky.