Australian Supercars organization Team 18 has released renderings showing what its Generation 3 Chevy Camaro ZL1 race cars could look like when they hit the track at the beginning of next year.

Team 18, which currently races the Holden Commodore in the hugely competitive series, will stick with General Motors once the new ruleset is introduced next season – trading its familiar pair of Holden Commodores for two Gen3-spec Chevy Camaro ZL1s. 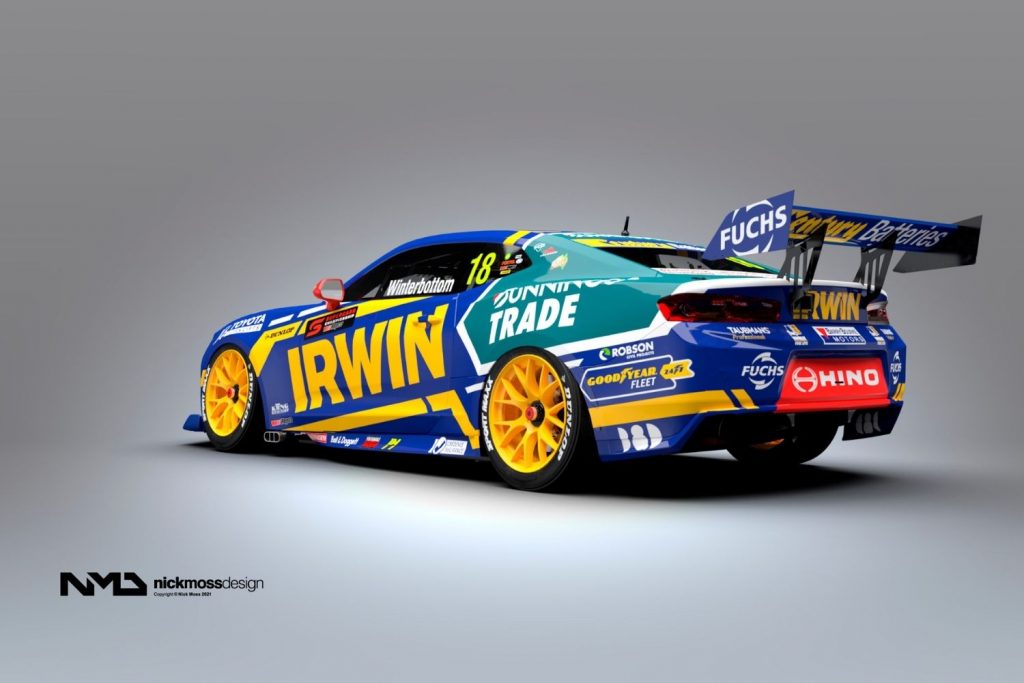 The team released a rendering this week of a Gen3 Chevy Camaro ZL1 wearing the same Irwin Tools/Fuchs livery that is currently featured on Mark Winterbottom’s No. 18 Holden Commodore. Winterbottom, a series veteran that has been racing in the Supercars Championship since 2003, will return to the team for the 2022 season. 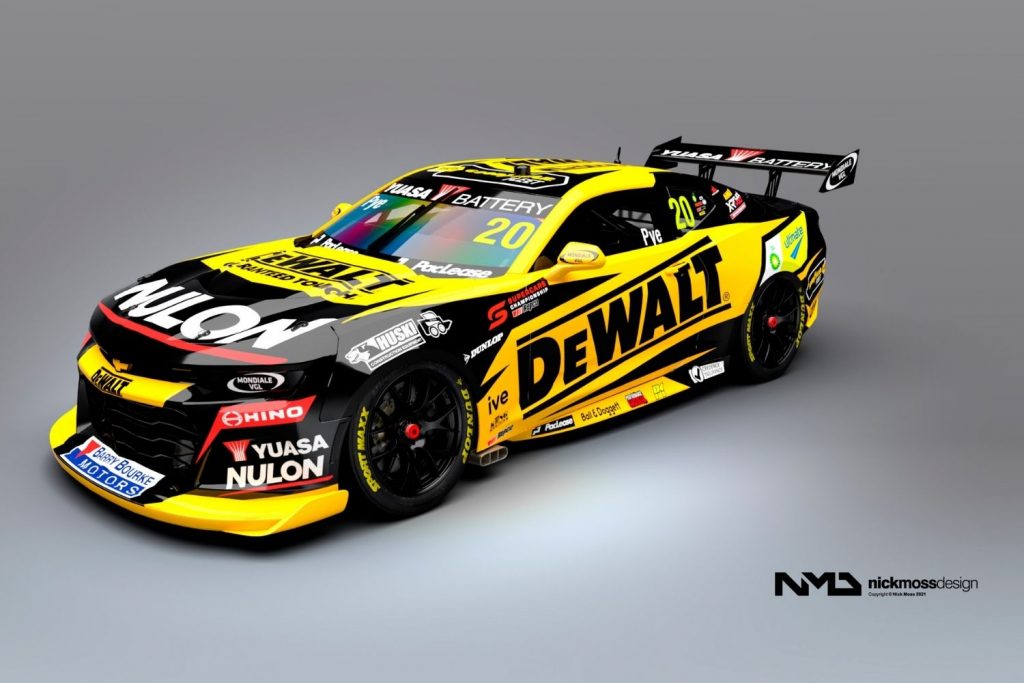 Team 18 also released a livery showing Scott Pye’s current DeWalt Tools livery on the new Chevy Camaro ZL1 body. Contract negotiations are allegedly underway with Pye at the moment, so if all goes to plan, he’ll also return to the team in 2022.

The Chevy Camaro ZL1 will take on the Ford Mustang in the Australia Supercars organization under the new Gen3 ruleset. General Motors, a mainstay of the Aussie racing series, discontinued the Holden brand last year and will thus no longer market the Holden Commodore in the series. 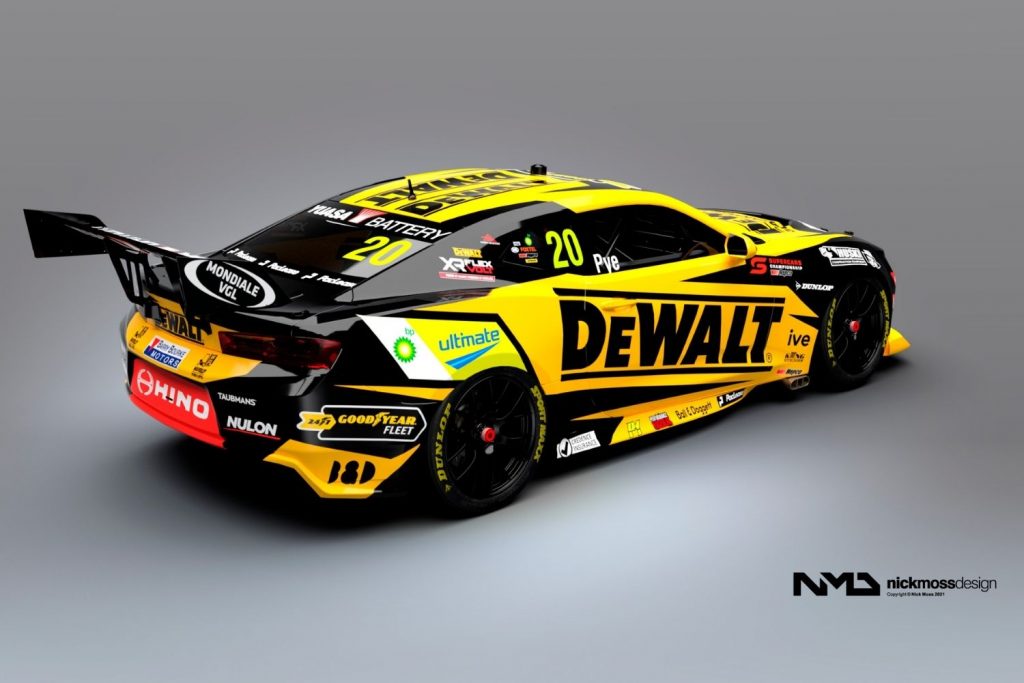 The Chevy Camaro ZL1 was previously available in Australia via GM’s distribution partnership with Holden Special Vehicles, but will now likely be sold through the General Motors Special Vehicles brand and its network of dealers. GMSV has not officially announced the Chevy Camaro ZL1 for Australia yet, though considering it will be racing in Australia’s top-tier motorsports series next year, its addition to the GMSV product lineup seems inevitable. GMSV currently sells the Chevy Silverado and C8 Corvette locally in Australia and New Zealand, with the Chevy Silverado HD set to join its lineup eventually as well.