The new Cadillac Blackwing sedans are offered as the most track-capable production vehicles to ever wear the Caddy crest, with fire-breathing performance for the weekends, and backside-coddling luxury for the commute. Now, one digital artist is taking things a step further by rendering this new Cadillac Blackwing coupe supercar.

Coming to us from Marouane Bembli, a.k.a. TheSketchMonkey, this Cadillac Blackwing supercar is based on the standard (non-Blackwing) 2022 Cadillac CT5-V sedan. However, after a good deal of massaging, the end result is decidedly much more aggressive and sporty.

TheSketchMonkey profiles his design work in an 11-minute video, explaining his thought process in creating the new Caddy supercar. From the off, the artist admits that he’s quite the fan of the current Cadillac design language, discussing the flow of the lines used and what makes them so good – for example, the lower styling line that stretches across the lower half of the body, intersecting with a small winglet in the front fascia.

“Details like that is [sic] what makes a good car design,” TheSketchMonkey explains. “You need to think about the graphic features in the front and how they connect in some way to the lines that goes [sic] on in the rest of the car.” 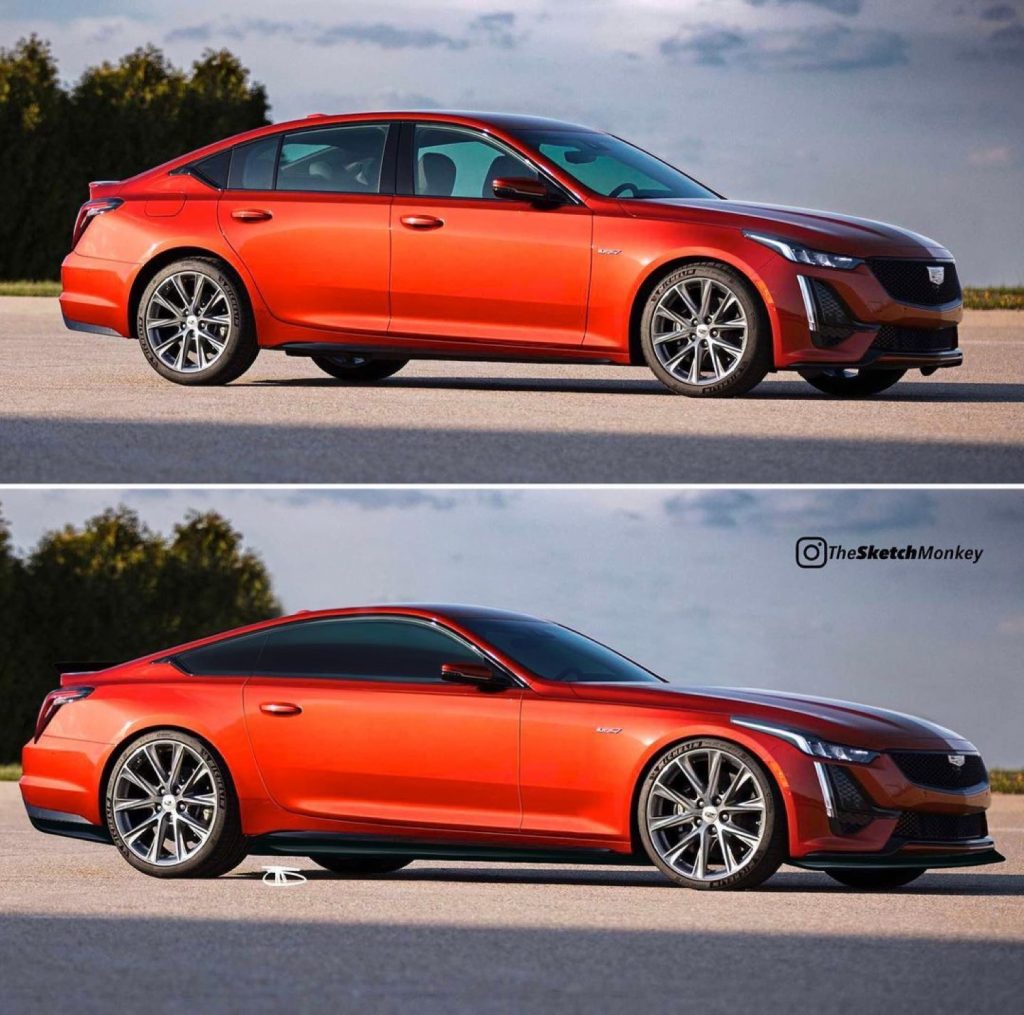 TheSketchMonkey also praises Cadillac’s decision to equip a six-speed manual transmission on both Cadillac Blackwing sedans (CT4-V Blackwing, CT5-V Blackwing). However, as the artist points out, “the only thing missing would be a coupe version of a modern Cadillac Blackwing.”

Indeed, a super Cadillac with modern styling and top-shelf performance does make for an enticing combination. The new rendering pulls it off with flying colors by making the CT5-V longer and lower, with an extended hood line, larger wheels, and chopped roofline. The new Cadillac Blackwing supercar also boasts cab-back proportions that enhance the overall styling changes with even more visual punch.

As for the engine specs, TheSketchMonkey suggests the V16 from the Cadillac Sixteen concept. Sure, we can dream.