AJ Allmendinger took an unlikely victory in Sunday’s Verizon 200 at the Brickyard, with the road course ace capitalizing on late-race drama to hand his Kaulig Racing team its first-ever win in NASCAR Cup Series competition. 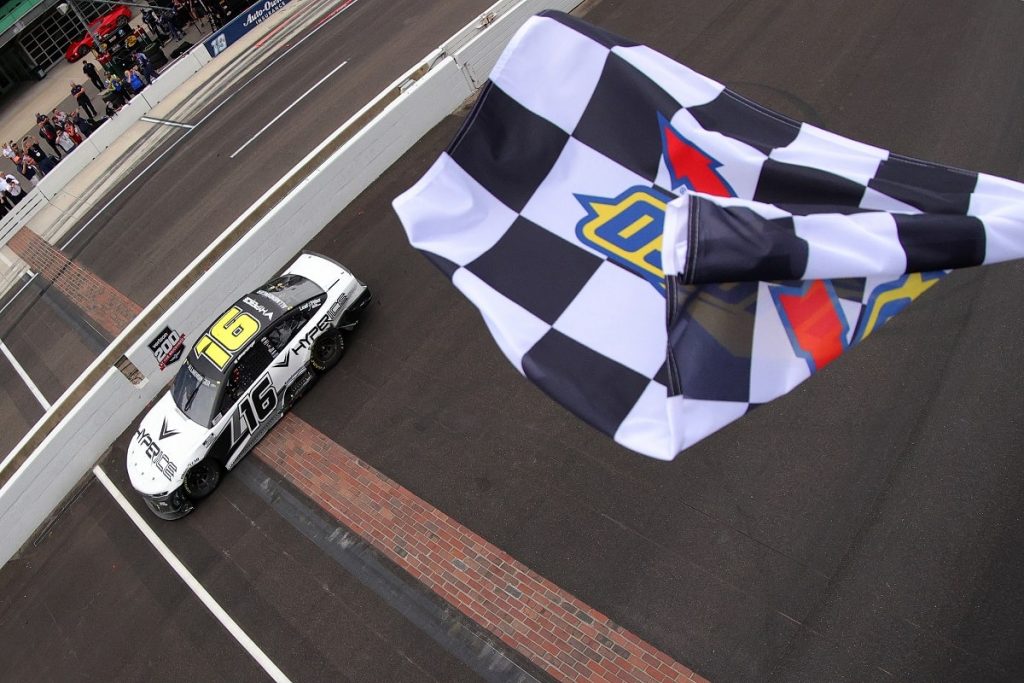 Allmendinger led just two laps en route to the win, inheriting the lead in overtime after Chase Briscoe accidentally wrecked Denny Hamlin out of first. Briscoe was then handed a drive-through penalty for failing to re-enter the course properly after running wide into the grass moments earlier, making Allmendinger the effective leader. The 39-year old then held off Ryan Blaney and Kyle Larson for one more tour of the 2.5-mile infield road course before crossing the finish line and taking his first Cup Series win since 2014.

While Allmendinger used his road course experience to put the No. 16 Chevy Camaro ZL1 in contention for the win, it’s safe to say he wouldn’t have wound up in victory lane if it weren’t for the late-race drama that played out with just five laps to go. As the field raced through the turn 5-6 chicane, the inside curbing came loose, causing a multi-car pileup that collected several front runners including William Byron and Joey Logano. Course workers then removed the faulty curbing before the green flag back out for a two-lap overtime shootout. 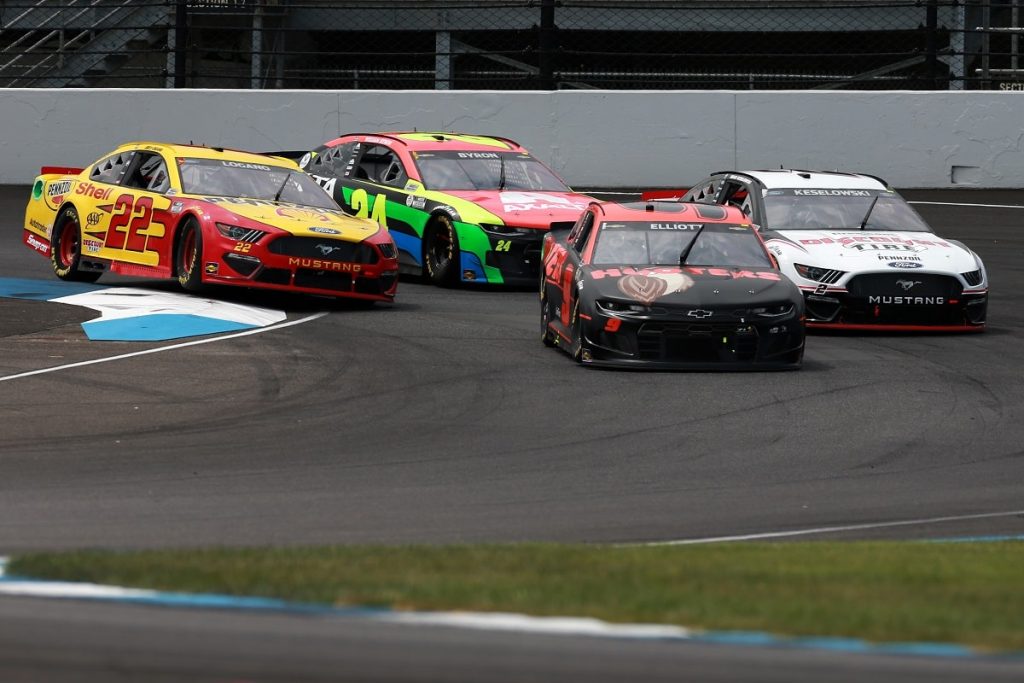 With the curbing now gone from the inside of the Turns 5-6 complex, several competitors, including Michael McDowell, mistakenly hit the tall sausage curb on the inside of the corner causing a similar multi-car wreck and setting up the final two-lap overtime sprint.

“I mean, it was survival of the fittest,” Allmendinger said of the calamitous event. “We probably had like an eighth, 10th-place car, sped on pit road. I thought we were going to finish 12th to 15th and then those restarts were just insane.” 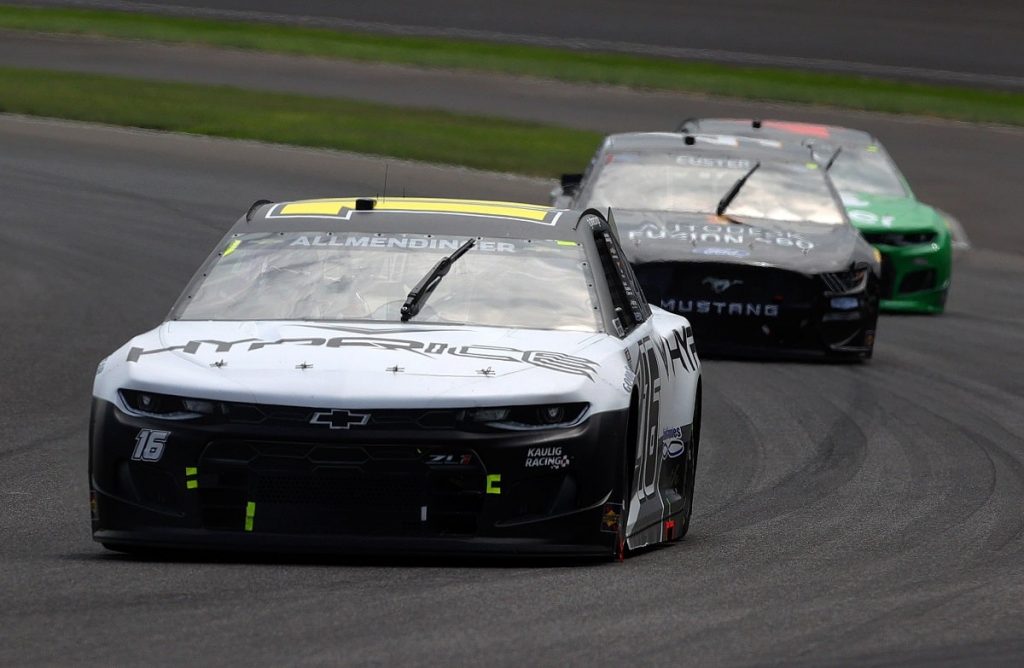 Blaney followed Allmendinger across the finish line to take second, followed by Larson in third, Chase Elliott in fourth and Matt DiBenedetto in fifth. Check out the video embedded below for complete highlights from the Verizon 200. NASCAR heads to Michigan next for the FireKeepers Casino 400 at Michigan International Speedway on Sunday, August 22nd.