Nissan has unveiled the seventh-generation Z sports car. When it hits the U.S. market next year, the all-new 2023 Nissan Z will rival the Chevy Camaro. 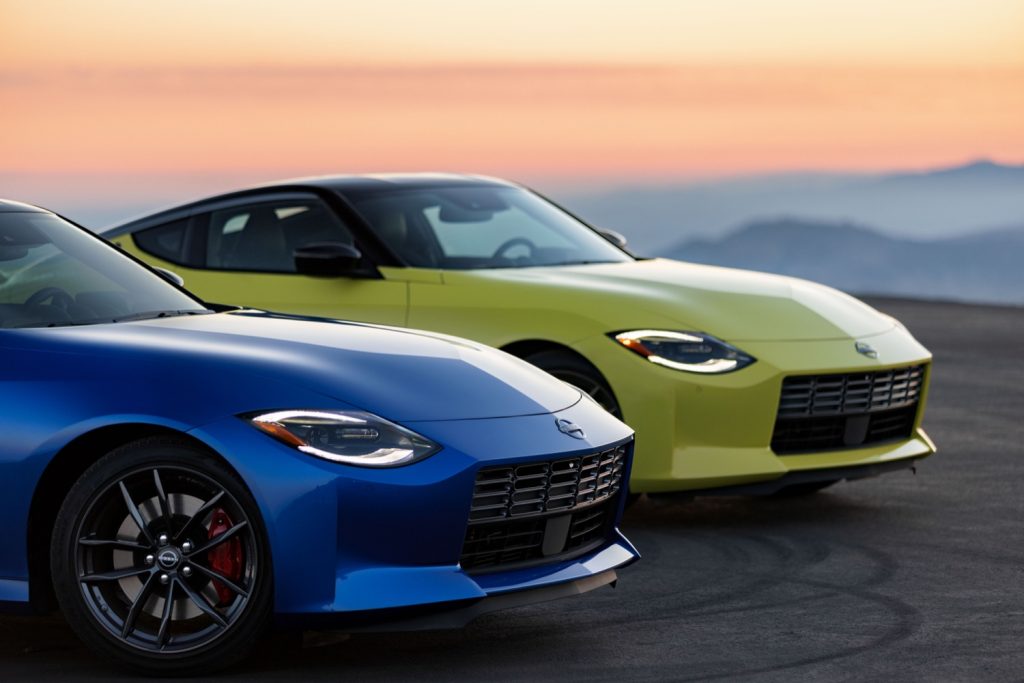 The next-gen 2023 Nissan Z arrives as a replacement for the previous sixth-generation Nissan 370Z, which debuted in 2009. Interestingly, the new Z drops the numeric naming conventions of previous generations. 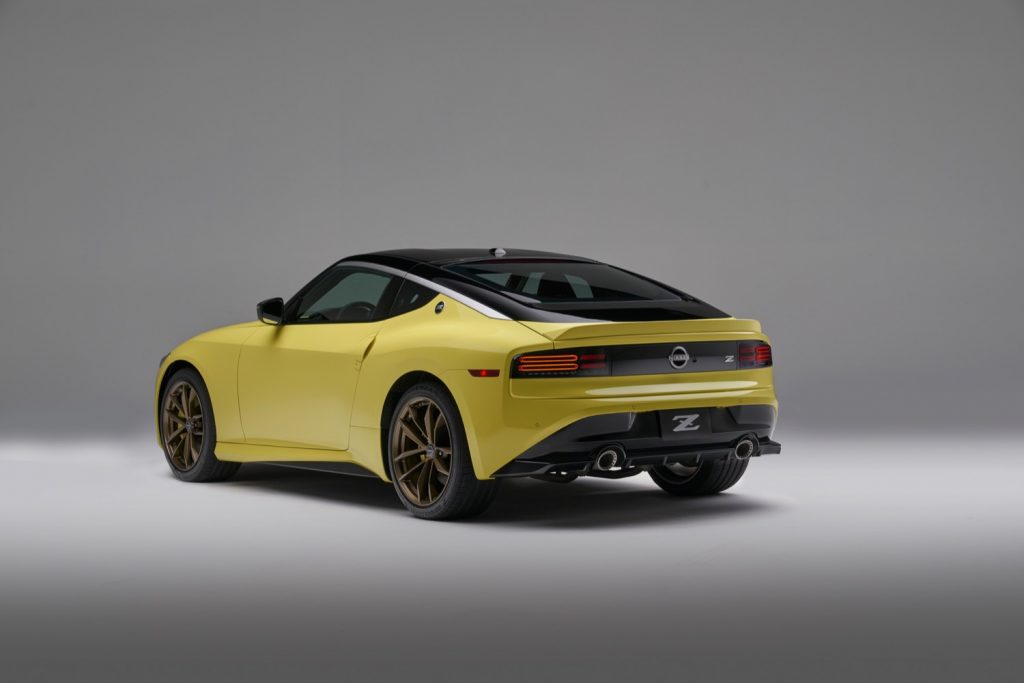 Outside, the 2023 Nissan Z takes its styling cues from last year’s Nissan Z Proto concept, evolving the aesthetic of previous Z models. That includes a low, wide stance, with cab-back proportions and a long hood line. 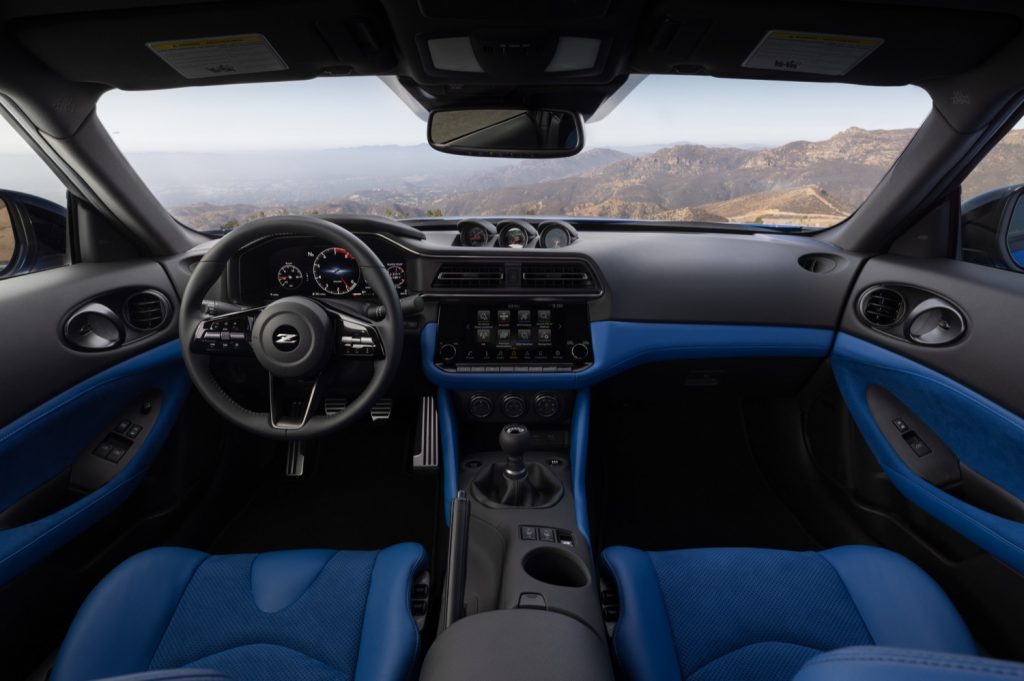 The cabin space includes two seats, while behind the steering wheel, there’s a customizable 12.3-inch TFT instrument display. Three analog gauges are mounted high on the dash and angled towards the driver, providing readouts on turbocharger boost, turbo rpm, and a voltmeter. Leather upholstery and an eight-speaker Bose stereo are also offered. 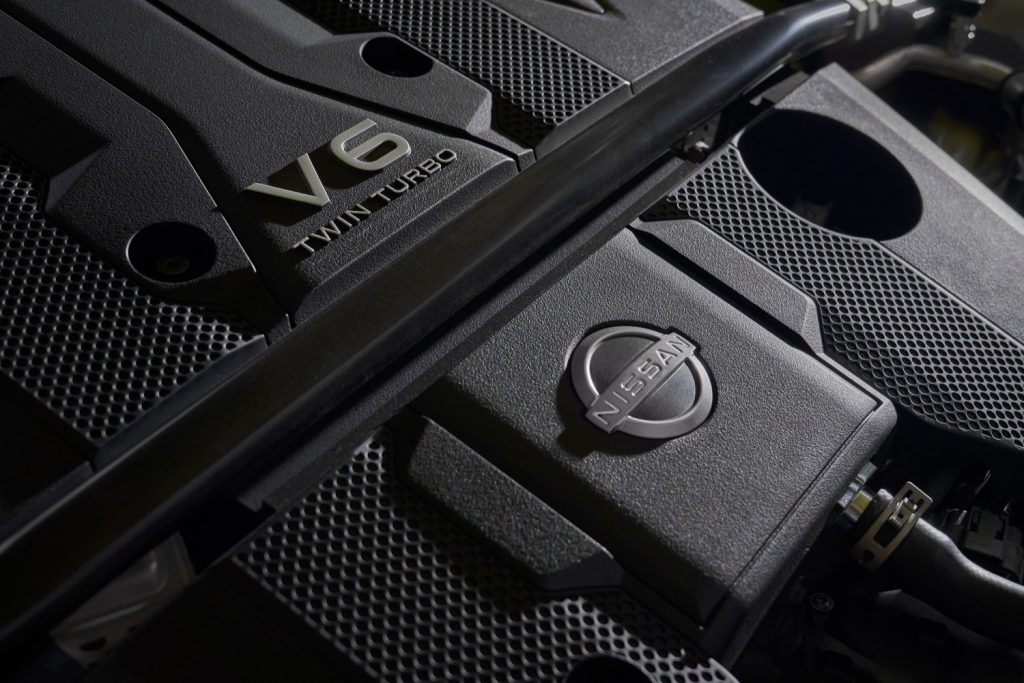 As for the greasy bits, the 2023 Nissan Z features a twin-turbocharged 3.0L V6 engine. Output is rated at 400 horsepower and 350 pound-feet of torque, all of which is directed towards the rear wheels through either a six-speed manual or nine-speed automatic. Get the three-pedal option, and the drivetrain includes a high-performance clutch and carbon-fiber driveshaft, while the automatic includes aluminum paddle shifters and available launch control. 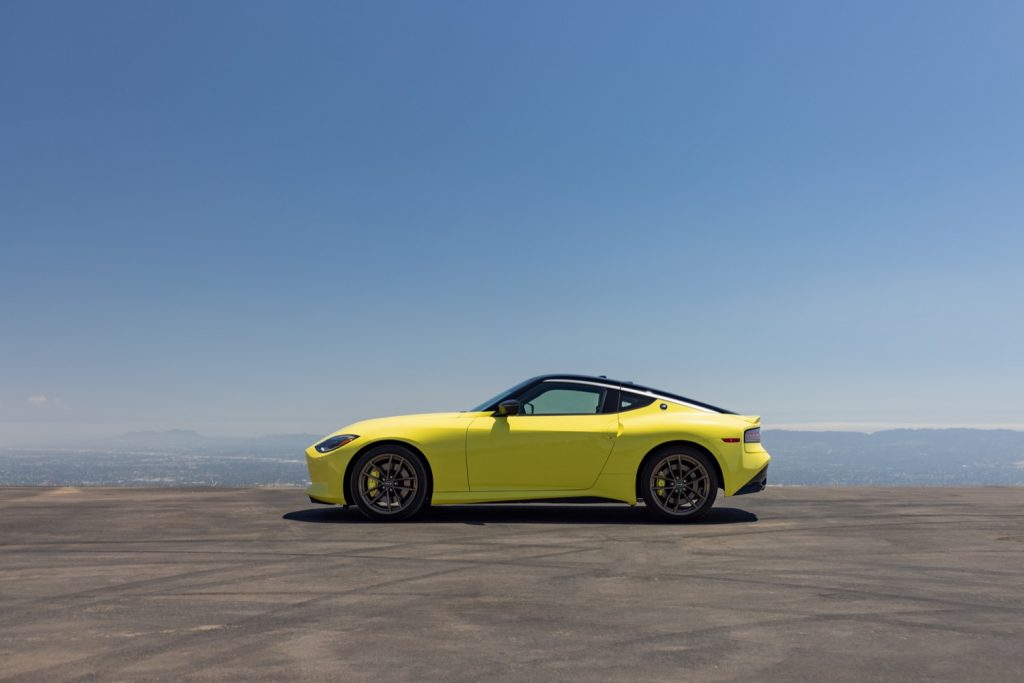 Two trim levels are on offer, including the Sport and the Performance. Opt for the latter, and the 2023 Nissan Z includes upgraded brakes in the form of four-piston calipers and 14-inch rotors up front, as well as two-piston calipers and 13.8-inch rotors in back. The Performance also throws on sharper suspension bits and a limited-slip differential. Finally, there’s the special edition Proto Spec, which is limited at 240 units.