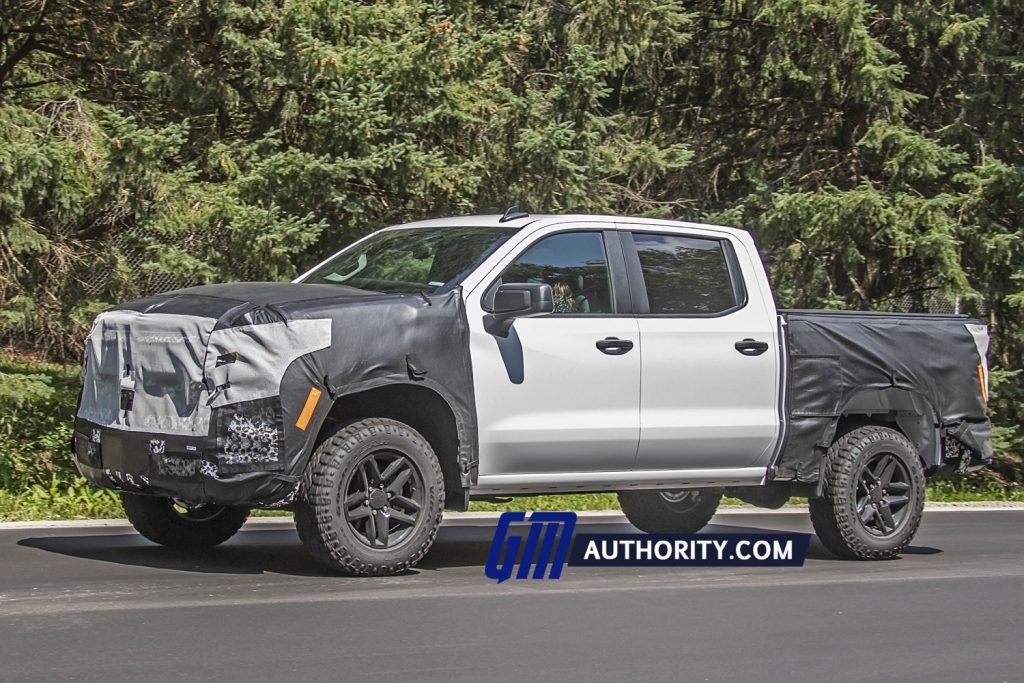 Although it’s covered front and back with some heavy camouflage, there are a few details we can pick out, starting with the suspension. As we can see, this particular 2022 Silverado Trail Boss prototype looks as though it utilizes the current model’s two-leaf-spring rear suspension design. 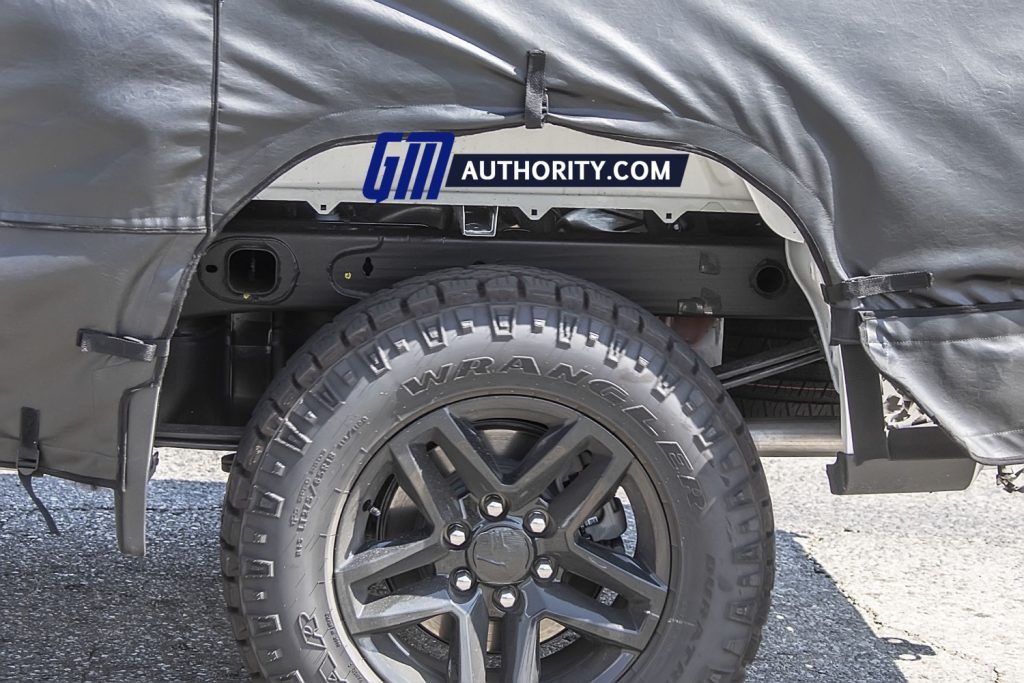 This is a clear departure from earlier prototype models, which adopted a more-robust four-leaf-spring rear suspension design, as GM Authority covered previously.

Other details include a set of Goodyear Wrangler DuraTrac rubber. What’s more, this prototype is running a on a set of Rancho shocks, which are clearly visible from the rear of the vehicle, sticking true to the formula established by the current Trail Boss model. It’s unclear is this particular 2022 Silverado Trail Boss prototype is the Trail Boss Custom, or the Trail Boss LT. 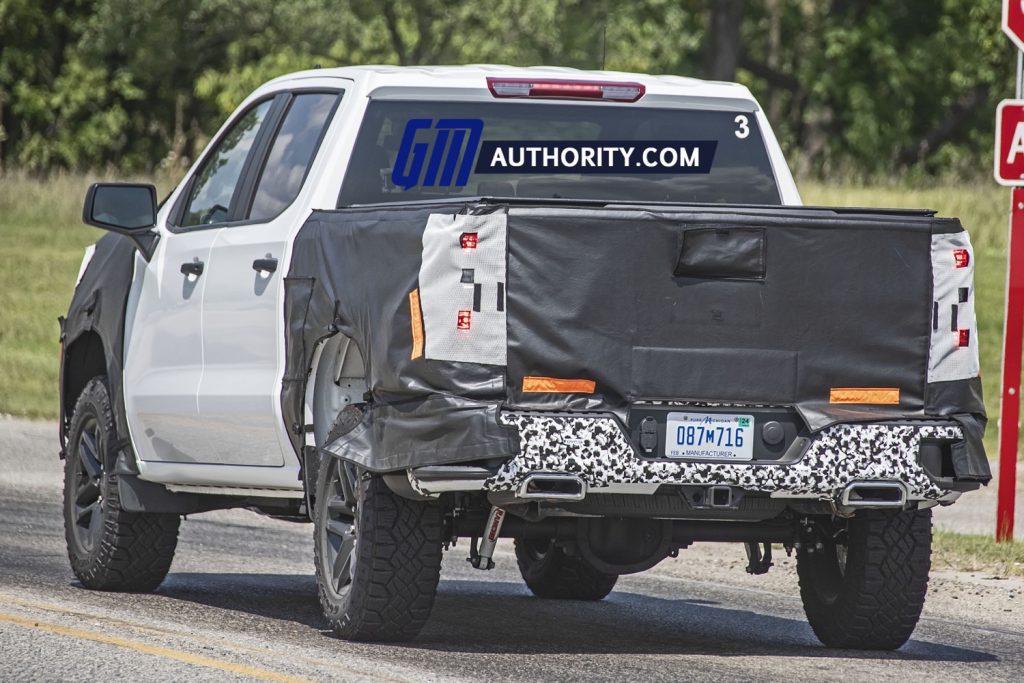 The refreshed 2022 Chevy Silverado 1500 is set to arrive with a bevy of changes and updates over the previous 2021 model year, including new styling front and back. GM Authority was the first to reveal the new Silverado’s front fascia design, so check out our previous coverage to see the fresh look ahead of the debut. 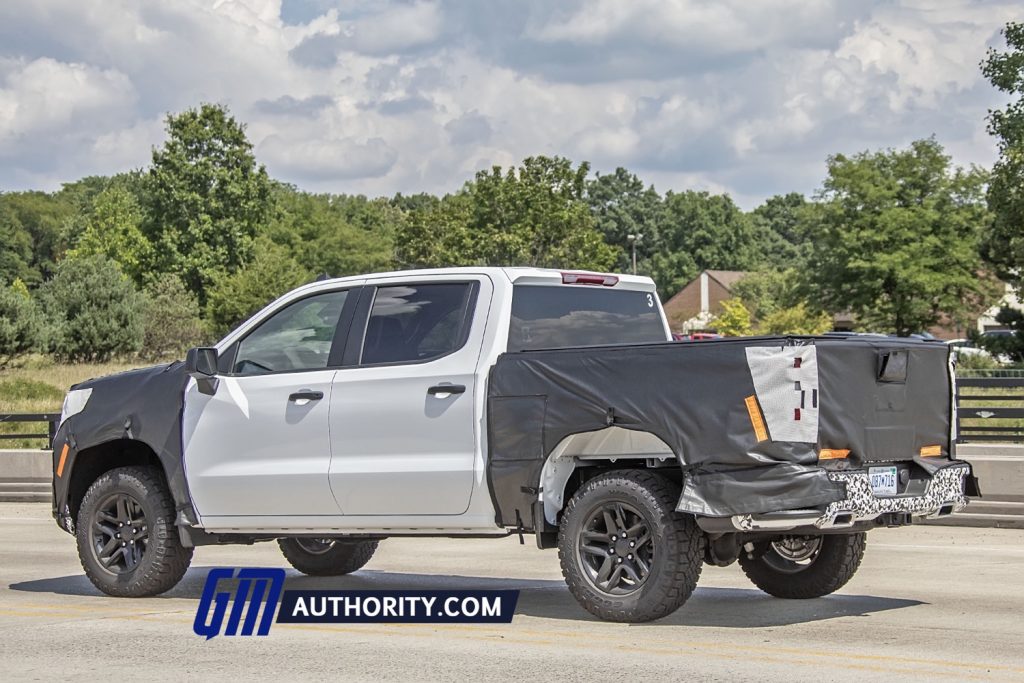 Critically, the 2022 Chevy Silverado 1500 will also introduce a completely overhauled cabin space, featuring a new dash, a new center console, and a new center stack, as well as a larger infotainment screen and an electronic gear shifter, the latter of which replaces the traditional column-mounted shifter mechanism. 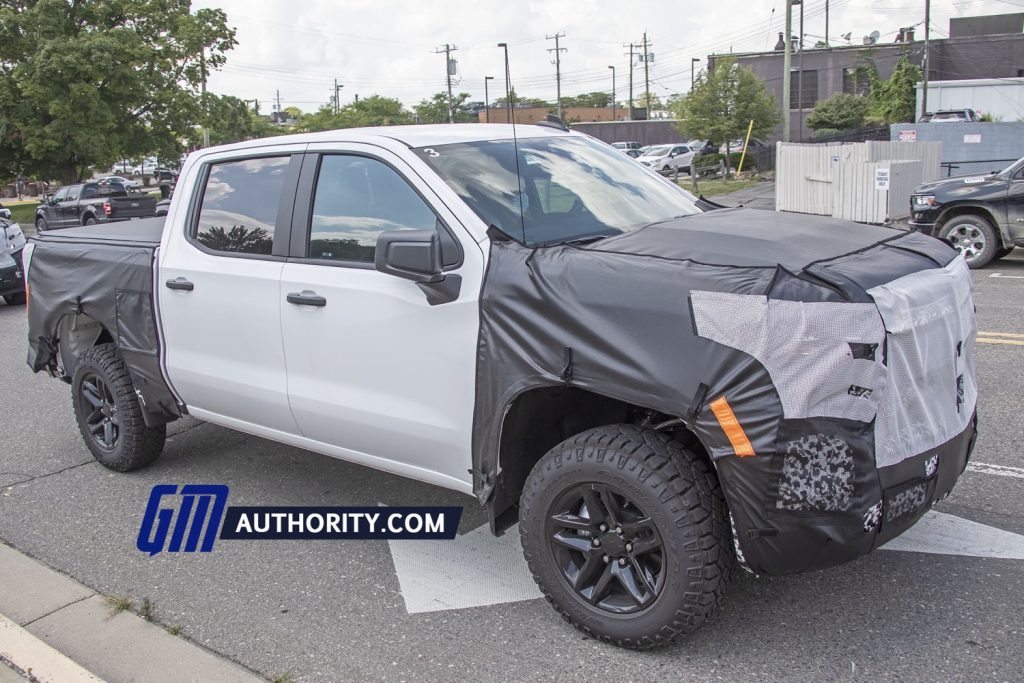 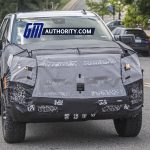 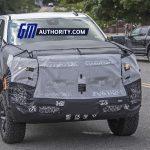 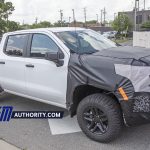 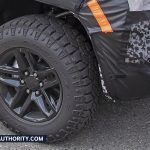 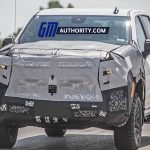 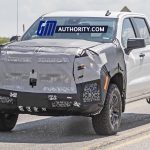 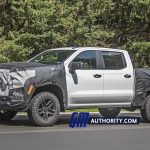 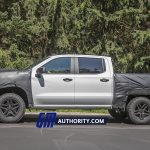 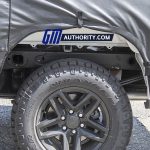 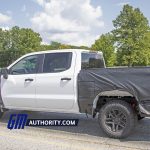 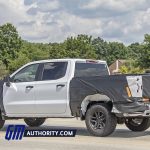 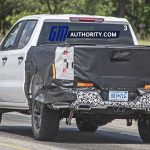