Produced between 1989 and 1997, the Opel Calibra was sold in a variety of overseas markets, and was also marketed as the Vauxhall Calibra in the U.K., the Chevrolet Calibra in South America, and the Holden Calibra in Australia and New Zealand. However, the Opel Calibra was never sold in the U.S. market. Now, however, stateside Opel fans have a shot at owning this 1995 Calibra thanks to a new online auction. 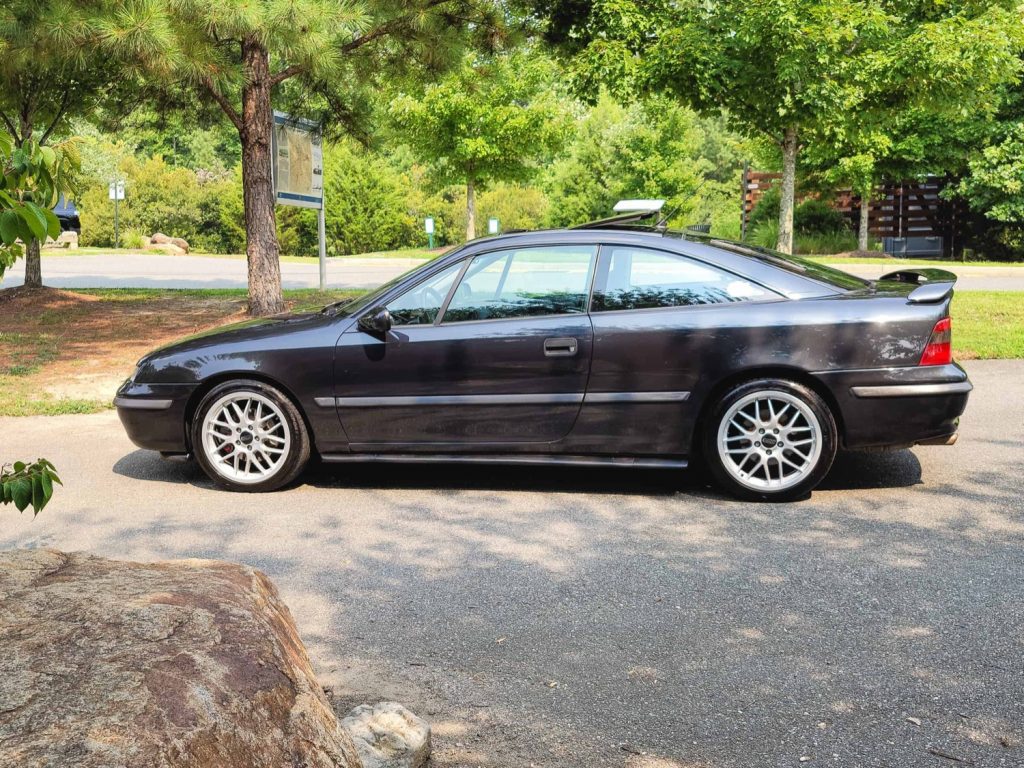 For those readers who may not know, the Imported Vehicle Safety Compliance Act of 1988 was put into effect to reduce the number of imported “grey market” vehicles entering the U.S., effectively banning the personal import of foreign vehicles not intended for the U.S. market. However, this rule does not apply to vehicles over 25 years old, which are considered classics or antiques. As such, this 1995 Opel Calibra was recently brought over from Germany, and now, it’s up for grabs. 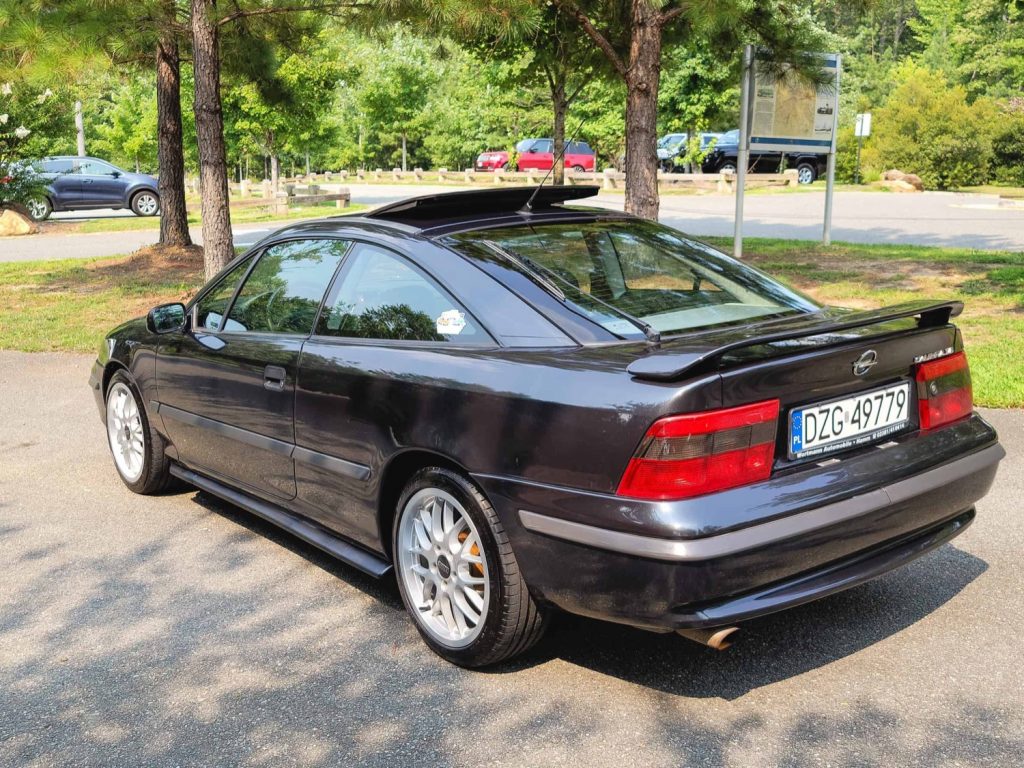 Outside, this European classic looks quite good, with the original black paint sporting a rich luster. The exterior design was penned by Wayne Cherry and Erhard Schnell, and at the time, the Opel Calibra was known as the most aerodynamic car in the world. Spicing up the wheel wells are a set of silver BBS wheels. 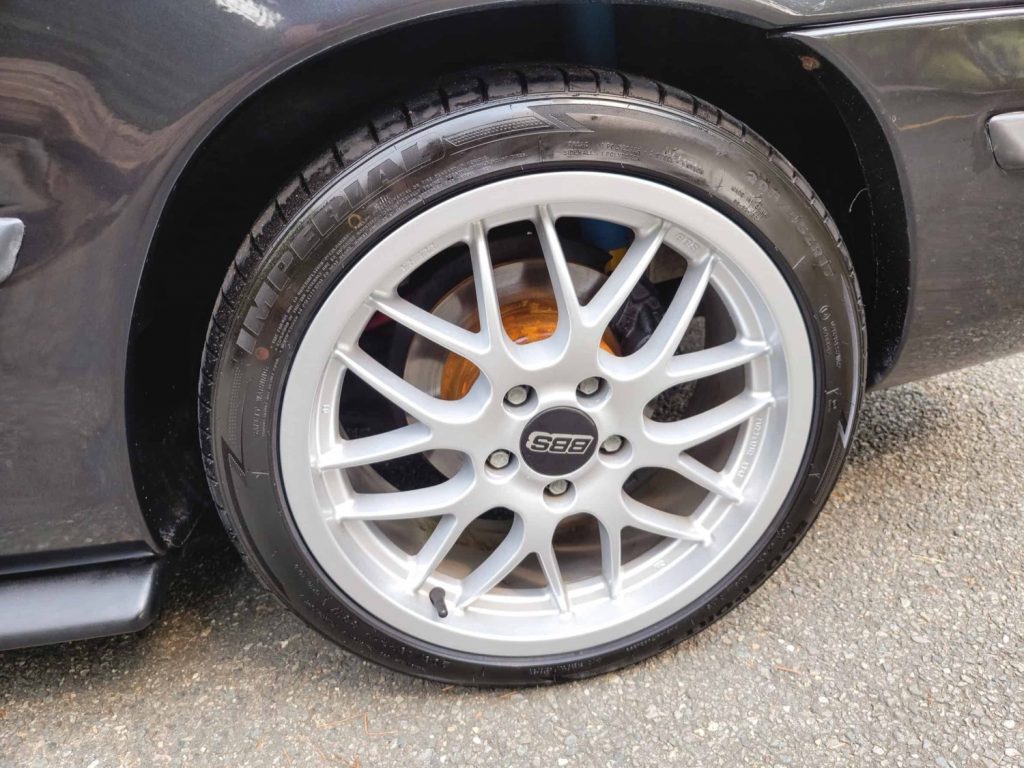 Under the hood, this 1995 Opel Calibra runs the 2.5L V6 engine, which connects to a five-speed manual transmission. Performance was decent for its day, with the sprint to 60 mph taking less than 8 seconds, and top speed rated at 147 mph. Under the skin, this two-door is based on a stiffened version of the Vectra A platform, also known as the GM2900 architecture. 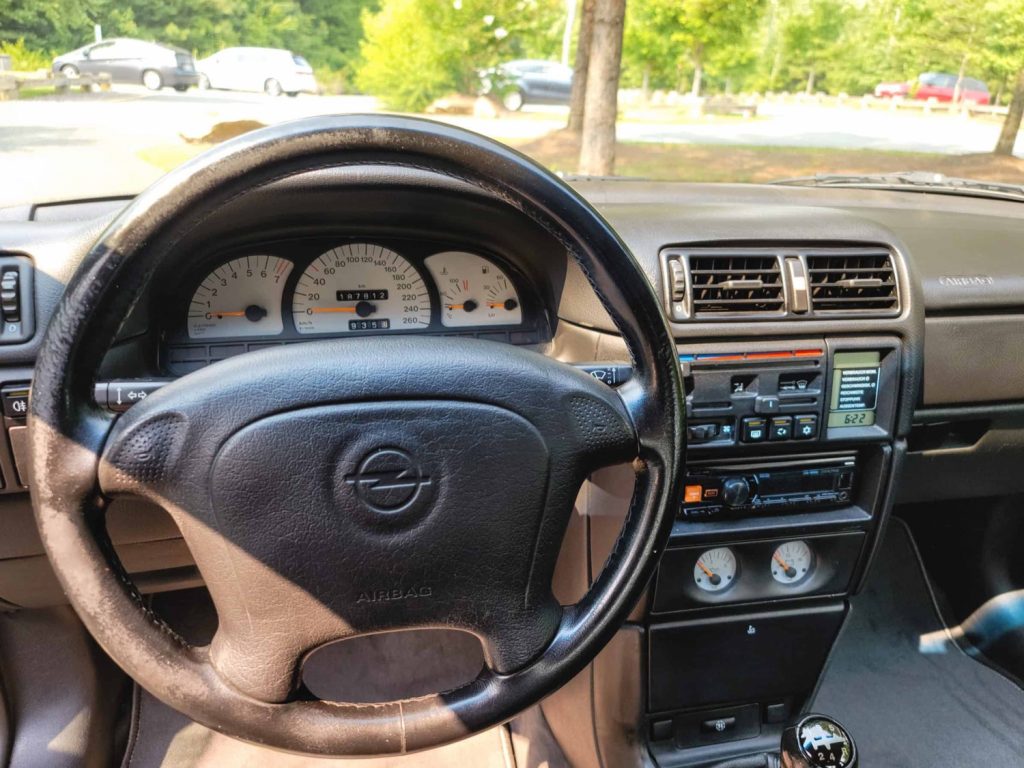 Now, this well-maintained 1995 Opel Calibra is available for bidding on Shiftgate. The current highest bid as of this writing is $8,000, although only one bid has been placed thus far. The auction will end Monday, August 23rd. Mileage is set at 188,000 kilometers, or about 116,820 miles.