The Chevy Camaro Z/28 IROC-Z was the model to get back in the ‘80s. Hailing from the the nameplate’s third-generation, which spanned the 1982 and 1992 model years, the Z/28 IROC-Z hailed from racing and equipped with a variety of equipment to live up its sporting prowess. Now, this particular example from the 1985 model year is up for grabs on Bring-A-Trailer with a mere 1,900 miles on the clock. 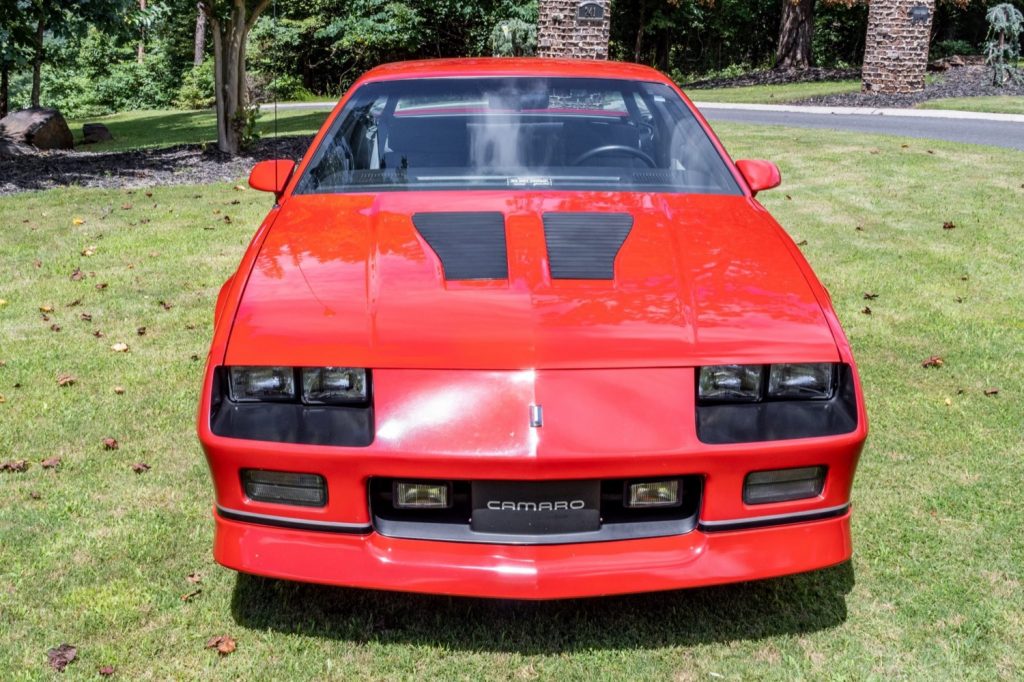 This 1985 Chevy Camaro Z/28 IROC-Z was originally delivered new to a customer in Buford, Georgia, while the current seller acquired the vehicle last June.

Outside, we spot the classic, squared-off ‘80s-era Camaro design, which is complemented by 16-inch wheels. Meeting the road is a set of 245/50R16 Goodyear Eagle GT tires. There’s also a set of fog lights in the front bumper and louvered hood inserts up top, plus the requisite IROC-Z graphics in the flanks. Finishing it off are front and rear spoilers, while dual exhaust pipes exhale spent gasses. 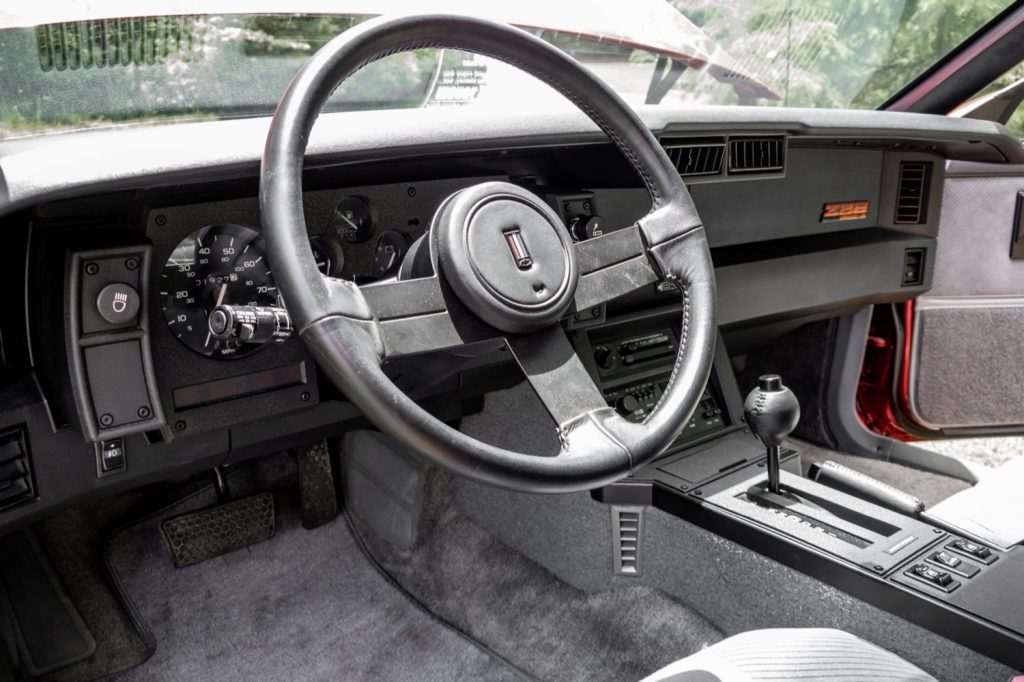 The cabin is awash in gray upholstery, while a leather-wrapped shift knob, steering wheel, and parking brake handle add some finery. Standout features include A/C, power windows and locks, cruise control, and a Delco cassette stereo. No word on whether the sale includes a Dire Straits tape. 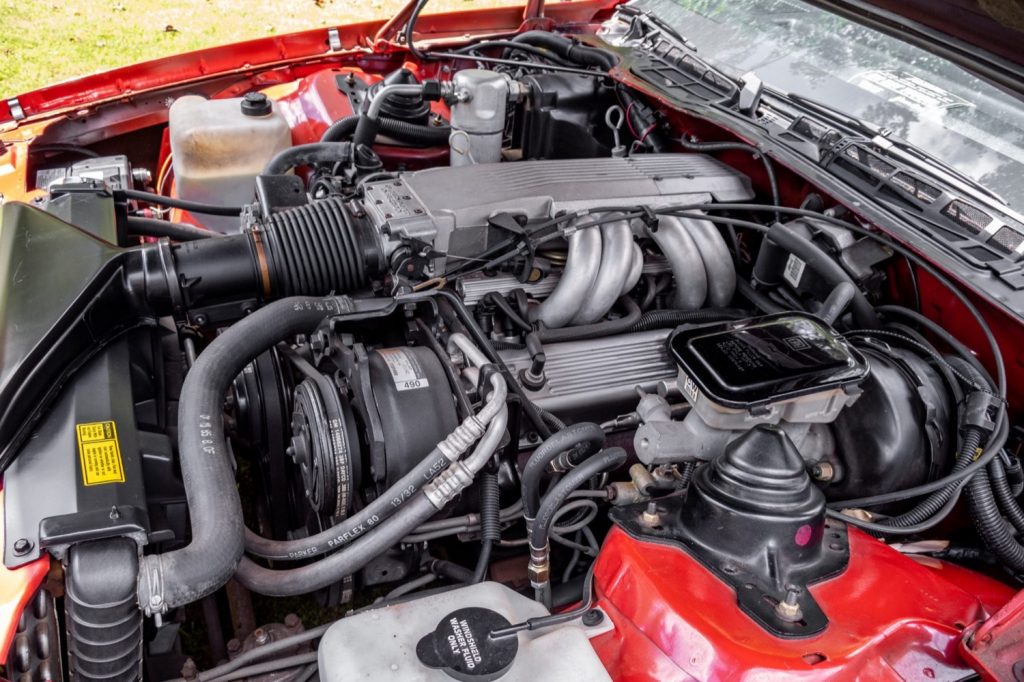 Providing the go is GM’s 5.0L TPI V8 engine, rated at 215 horsepower and 240 pound-feet of torque when new. The eight banger connects to the rear wheels through a four-speed automatic transmission and limited-slip rear differential. Power disc brakes haul it down, while factory upgraded suspension keeps it shiny side up. The seller states that the sway bar end links were also replaced. 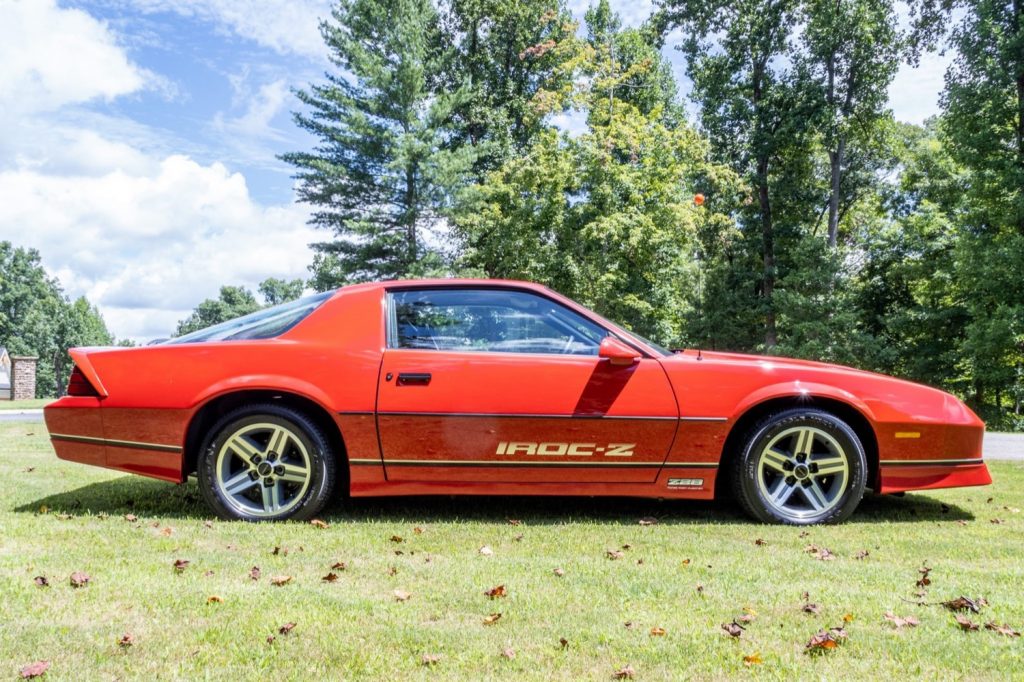 As of this writing, bidding for this surprisingly low-mile 1985 Chevy Camaro Z/28 IROC-Z is currently at $21,000, with two days remaining in the auction. 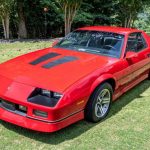 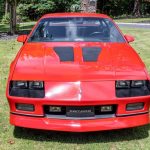 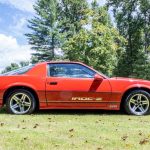 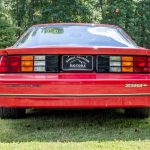 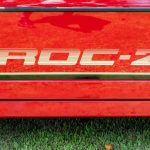 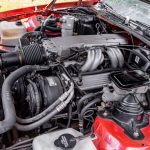 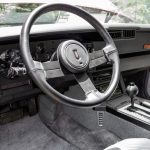