An Oakland Raiders fan recently took his 1972 Chevy Chevelle by the AutotopiaLA shop to film an episode of the long-running YouTube series with his unique Raider Nation-themed muscle coupe.

This Chevelle restomod is powered by a naturally aspirated 6.2L LS3 V8 engine and a Tremec six-speed manual transmission – which is pretty standard fare for a modern-day Chevy restomod. This car was worthy of its own AutotopiaLA episode, however, so naturally, the Small Block in question is far from stock. Upgrades include a ported heads, a Brian Tooley Racing Stage 4 camshaft, Hooker Black Heart headers, a three-inch exhaust and Borla Attack mufflers. The owner says the upgraded LS3 churns out about 600 horsepower at the crank, which is plenty of power for this application. 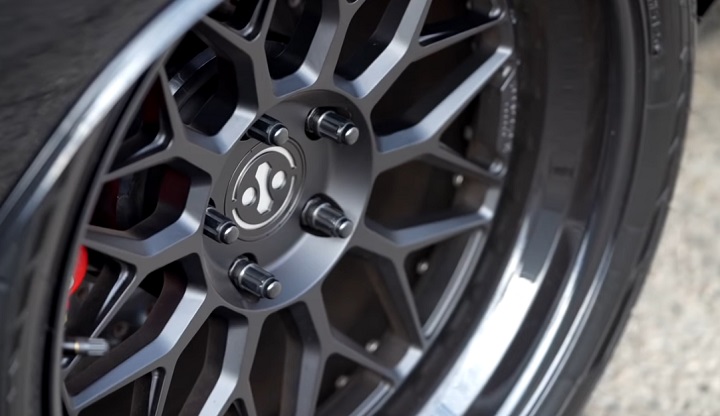 Unlike many restomods that integrate aftermarket independent suspension systems, the owner of this car decided to stick with the Chevelle’s factory suspension design, although he did upgrade it with tubular control arms and Bilstein shocks. Other upgrades include Wilwood brakes at all four corners, a Wilwood master cylinder and staggered three-piece Divide wheels wrapped in sticky Nitto NT05R tires. An aftermarket line lock system also makes doing burnouts easy – allowing the owner to easily smoke up the rear tires and entertain the kids in his neighborhood. 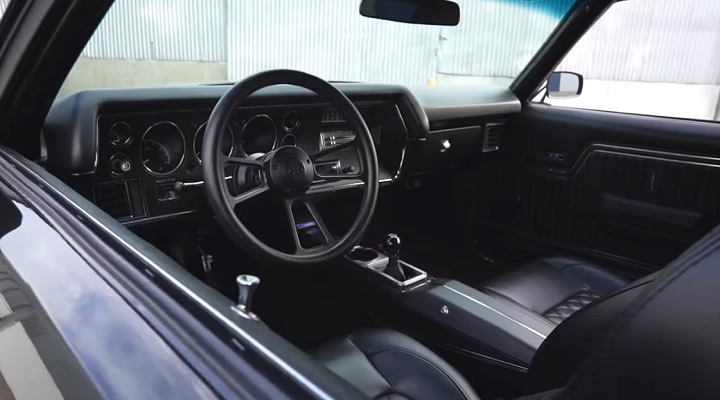 Despite this rather long list of upgrades, this 1972 Chevy Chevelle retains a mostly factory interior. The only upgrades inside are a set of Corbeau bucket seats, diamond stitched upholstery and Dakota Digital gauges. The exterior is also mainly stock apart from the shiny gloss black paint, painted bumpers and silver racing stripes, which together help form the car’s unique Oakland Raiders-inspired color scheme

Check out the video below to learn more about this 1972 Chevy Chevelle restomod.