Chevy entered the new “car/pickup” segment with the El Camino in 1959. Then, after a brief hiatus, the Bow Tie introduced an intermediate-sized El Camino that spanned six generations from 1964 to 1987. The Chevy El Camino was adapted from a standard two-door Chevy station wagon and integrated the cargo bed into the body. Now, a very clean, second-generation 1967 model year example with just 6K miles on the odometer is being auctioned at Bring a Trailer, making for a solid chance to grab an early, low mileage example of Chevy’s intriguing El Camino with the 396 Big Block. 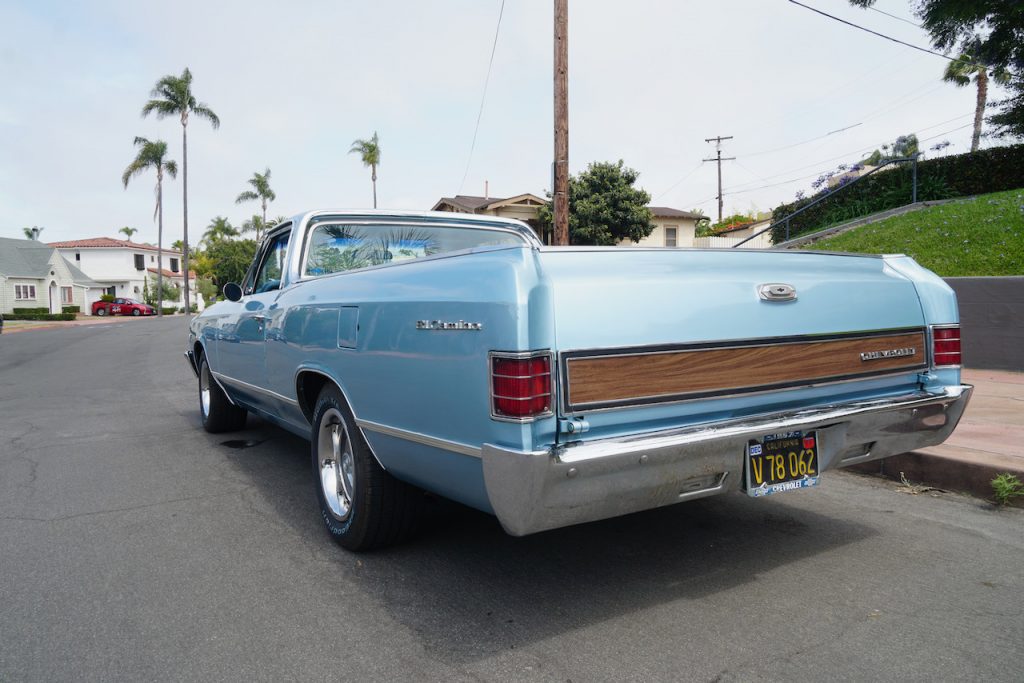 The seller acquired the car in 2017 and completed work on it that same year, including servicing the carburetor, repairing a rear main seal leak, replacing the gas tank, and installing BFGoodrich Radial T/A tires. The five-digit odometer shows 6K miles, with approximately 3K having been added by the seller.

This particular El Camino is powered by GM’s 396 CID L78 “Turbo-Jet” V8, which was factory rated at 325 horses and 410 pound-feet of torque. It is paired with a three-speed automatic transmission. 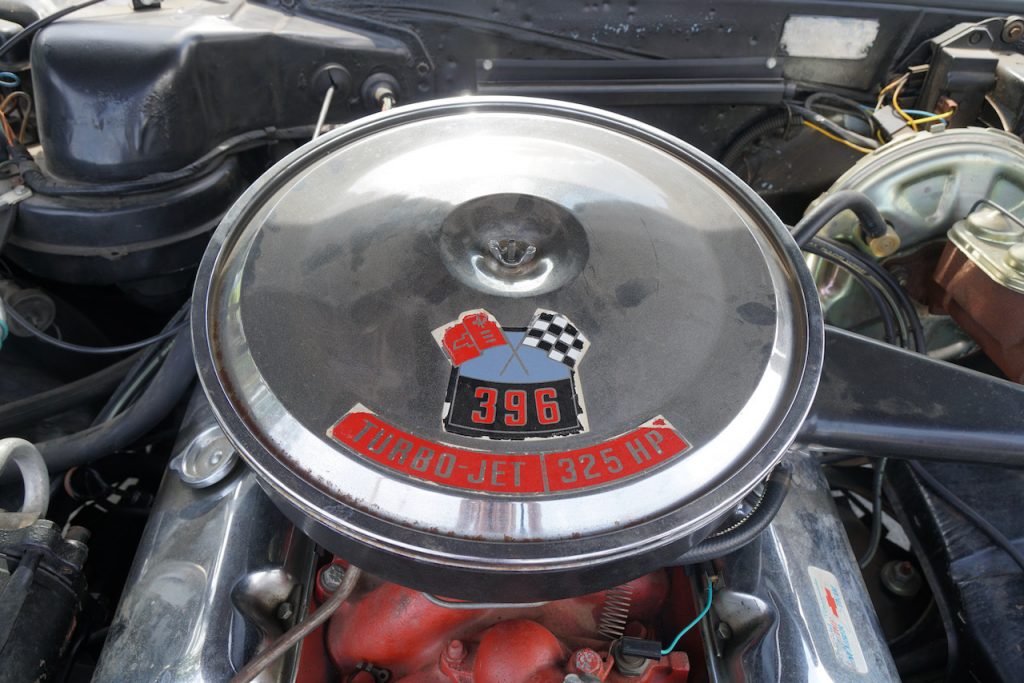 Key features include 15-inch rally wheels, power steering, power brakes, factory A/C, an SS-style hood, wood-trim rear panel, chrome bumpers, and an AM radio. However, the seller states that the A/C, radio, and interior dome light do not work, the passenger kick panel is deteriorating, and the brake pedal squeaks when applied. 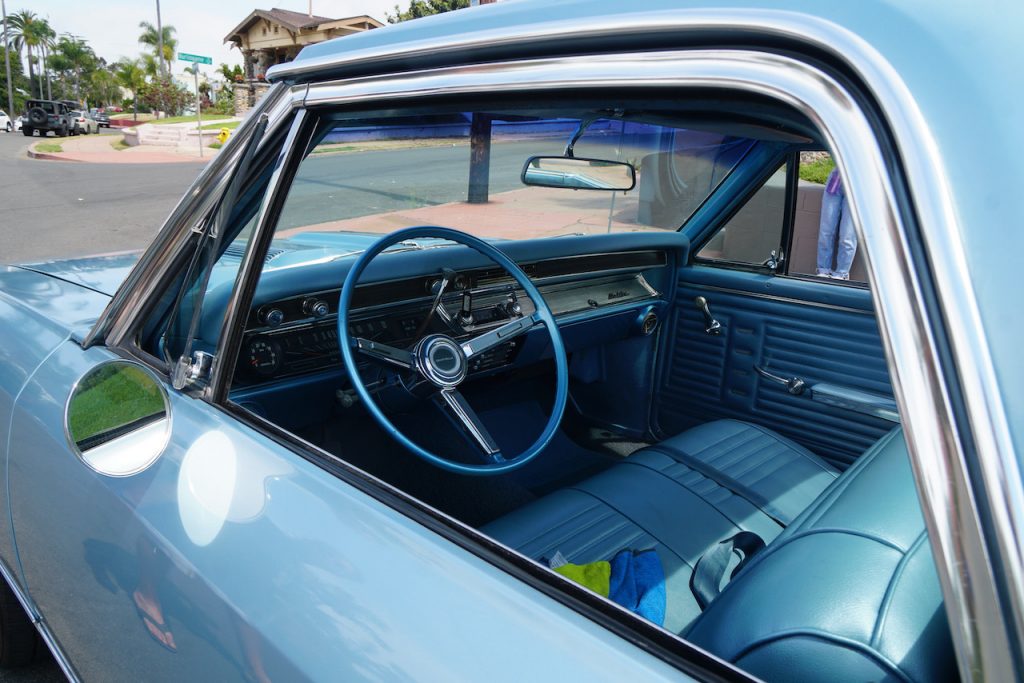 The car is finished in Nantucket Blue with chrome adorning the side moldings, front and rear bumpers, grille, and daylight openings (DLO, otherwise known as window surrounds). It also includes a wood-trim rear panel, an SS-style hood, driver-side mirror, and a rubber bed protector. The seller notes areas of corrosion on the rear bumper and the driver side rocker panel along with other exterior imperfections. 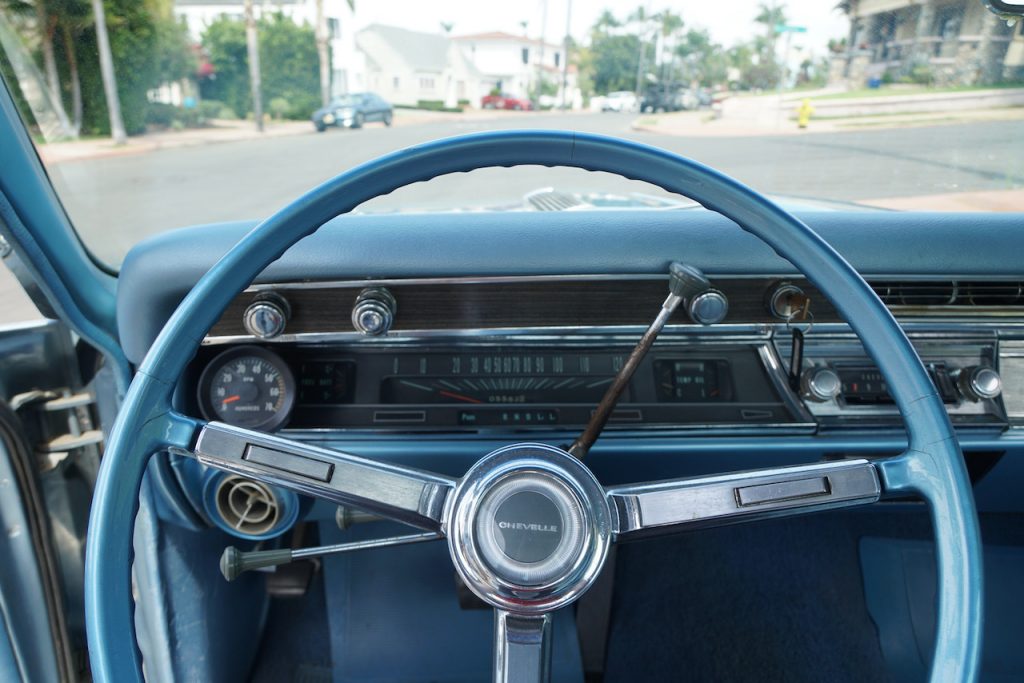 The cabin is trimmed in blue vinyl upholstery with a matching dashboard, door panels, and carpets. Noteworthy equipment includes a tilt steering column, wood-trim dash insert, lap belts, vent windows, factory air conditioning, and an AM radio. The three-spoke steering wheel features a blue rim and frames a 120-mph speedometer along with gauges for coolant temperature, oil pressure, amperage, and fuel level, but the seller notes corrosion on the turn signal and gear selector stalks. A 7K-rpm tachometer has been added to the left side of the dash.