The Cadillac Eldorado was first introduced for the 1952 model year, as a celebration of the Cadillac’s fiftieth anniversary. The name Eldorado was a contraction of El Dorado, the mythical lost city of gold in South America. 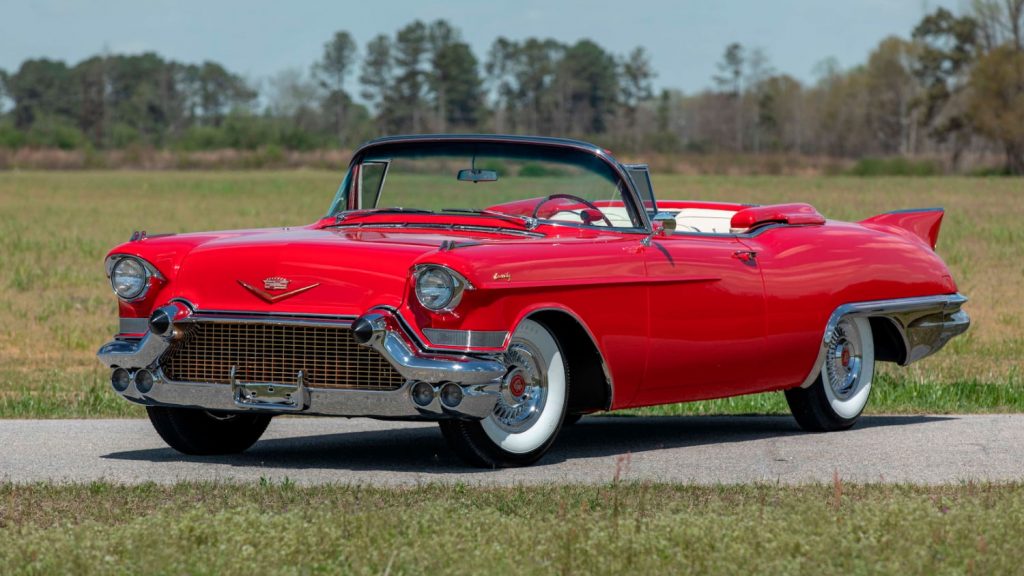 The Cadillac Eldorado was completely redesigned for the 1957 model year, with a stance that was much lower than the previous year. The front end had a three-piece bumper and the tail now came with a downswept rear fender line, featuring polished stainless steel lower rear quarters that ran from just behind the rear wheel openings, wrapping around to meet the rear bumpers, a design cue first featured on the Cadillac Interceptor prototype. The top of the rear fenders sported pointed, in-board fins. Exhaust exited through the rear bumper. 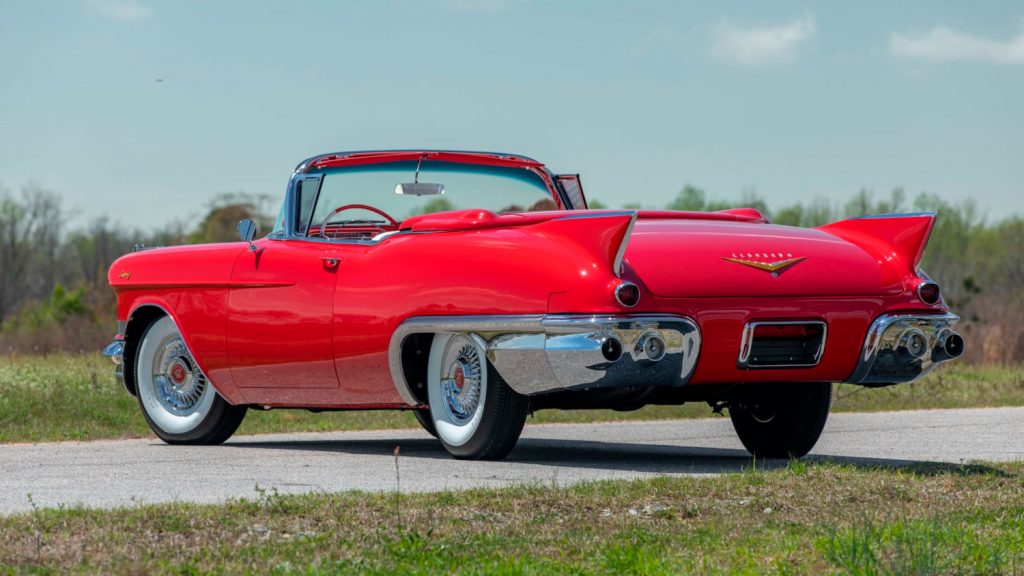 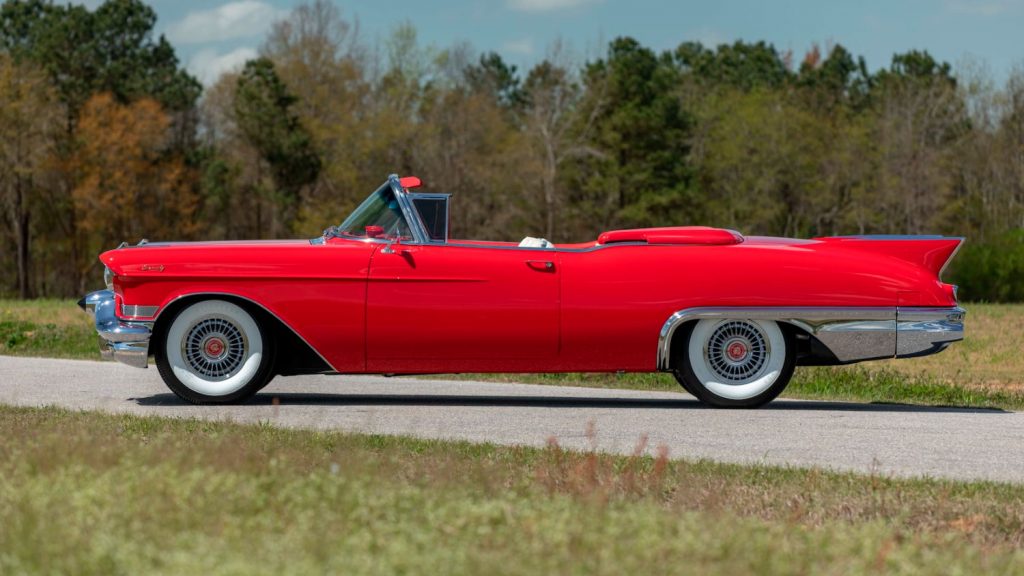 A Cadillac Eldorado Biarritz convertible would set you back about $7,300. Only 1,800 were built in 1957, guaranteeing exclusivity. The Eldorado Biarritz is reputed to have had more pieces of chrome than any other GM car, before or since. 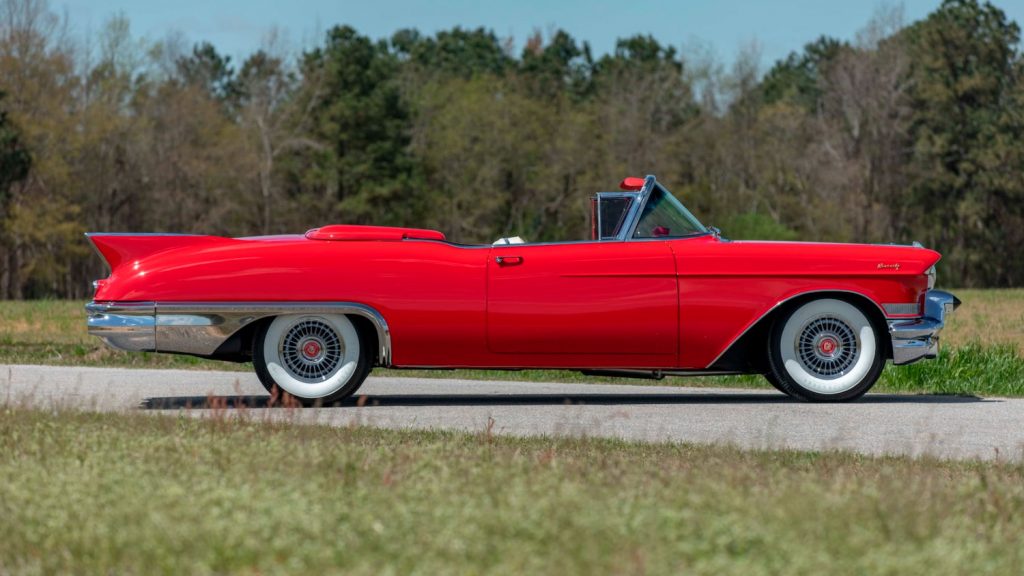 Our feature Cadillac Eldorado Biarritz has undergone a frame-off, cost-no-object restoration to concours standards. It has its matching-numbers 365 cubic-inch dual quad engine, automatic transmission, and is one of fifty built with air conditioning. All of the chrome has been triple plated, the Dakota Red paint has been refinished to exacting standards, and the stainless trim has been polished to a gleaming fault. Chrome Cadillac Sabre wheels are wrapped in period-correct Firestone wide white bias-ply rubber. As part of the optional Gold Package, the grille and emblems are gold anodized. 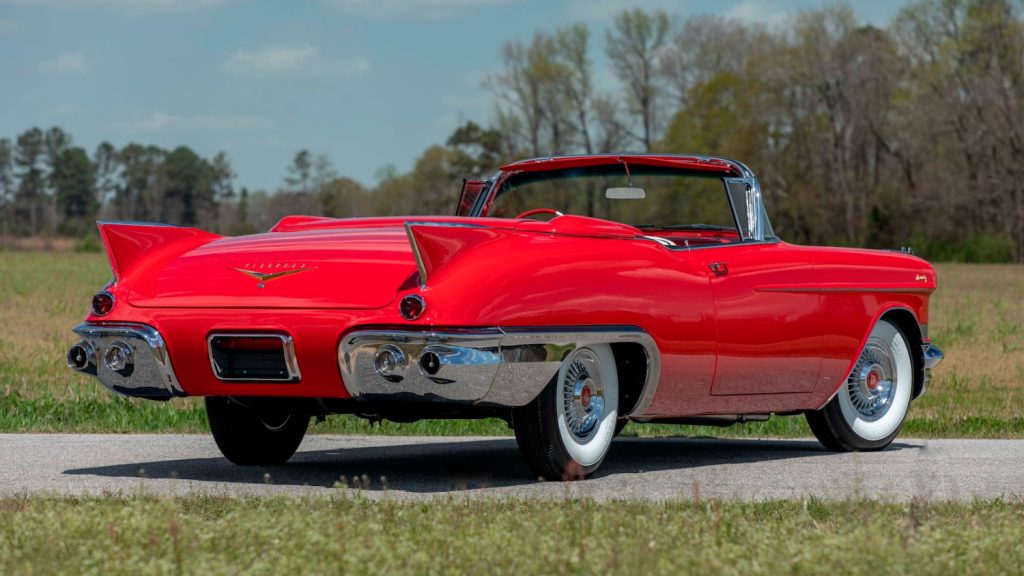 Inside the Cadillac Eldorado Biarritz, the seats have been recovered in sumptuous red and white leather. When the white convertible top is lowered, it can be covered with the painted fiberglass parade boot. This Eldorado Biarritz is equipped with power brakes, power steering, power windows, power seats, power convertible top, power trunk release, and the famous Autronic Eye that dims your headlights when it detects an oncoming car. 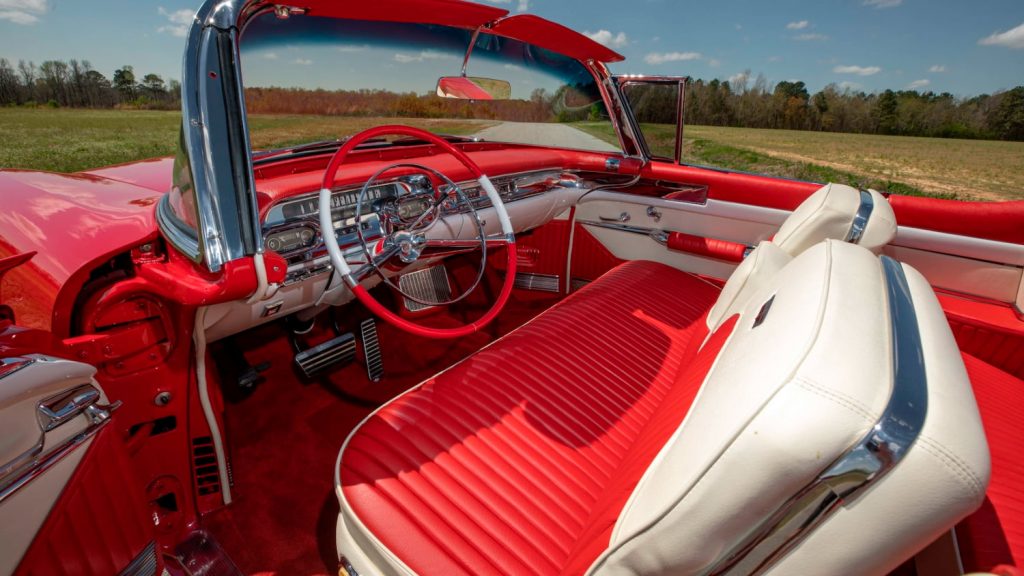 Beneath the hood of the Cadillac Eldorado Biarritz, in the spotless engine bay, resides the 325-horsepower 365 cubic-inch V8. All finishes and components are correct. The engine bay of this Caddy may just be better than when it was on the showroom floor. 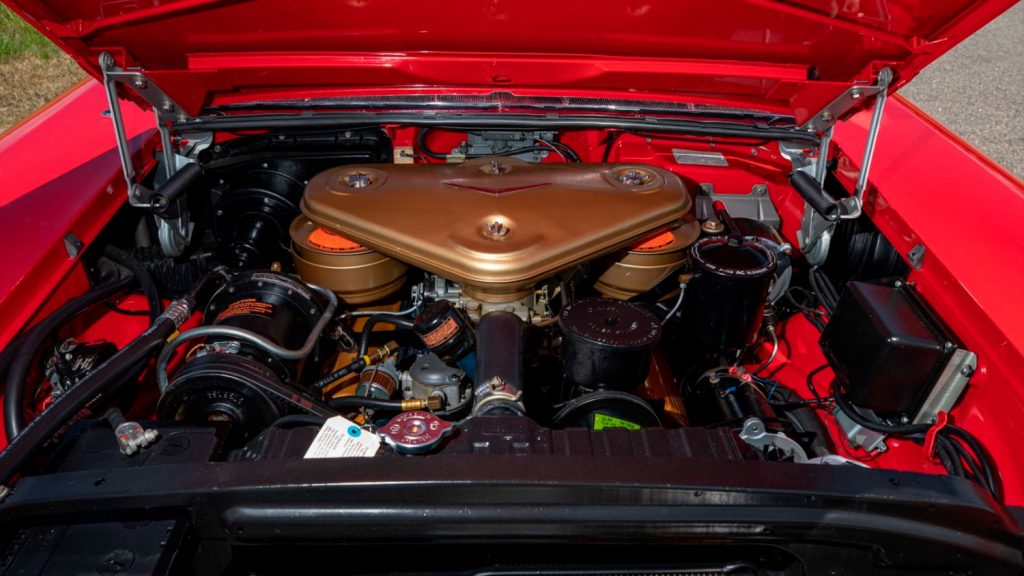 This brilliant Cadillac Eldorado Biarritz will be crossing the auction block at the Mecum Auctions Dallas, Texas event September 8th-11th. 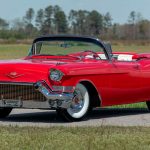 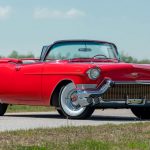 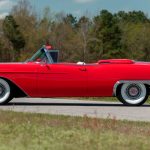 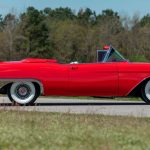 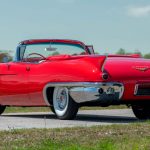 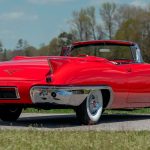 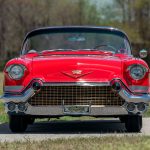 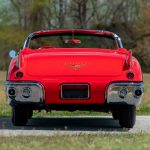 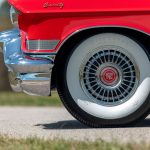 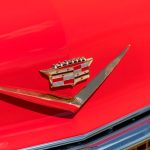 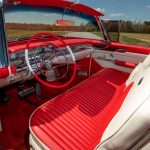 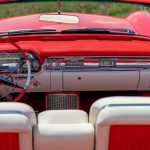 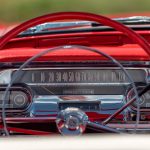 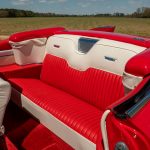 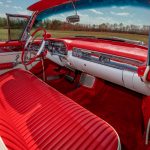 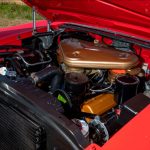 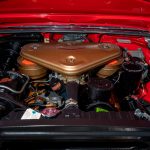 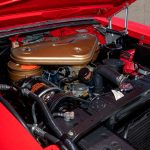