These days, the Chevy C10 pickup is as popular as ever with enthusiasts, offering classic styling and a vast galaxy of potential upgrades and customization options. Now, interested fans have a shot at winning this custom 1986 Chevy C10 Squarebody pickup in a new contest. 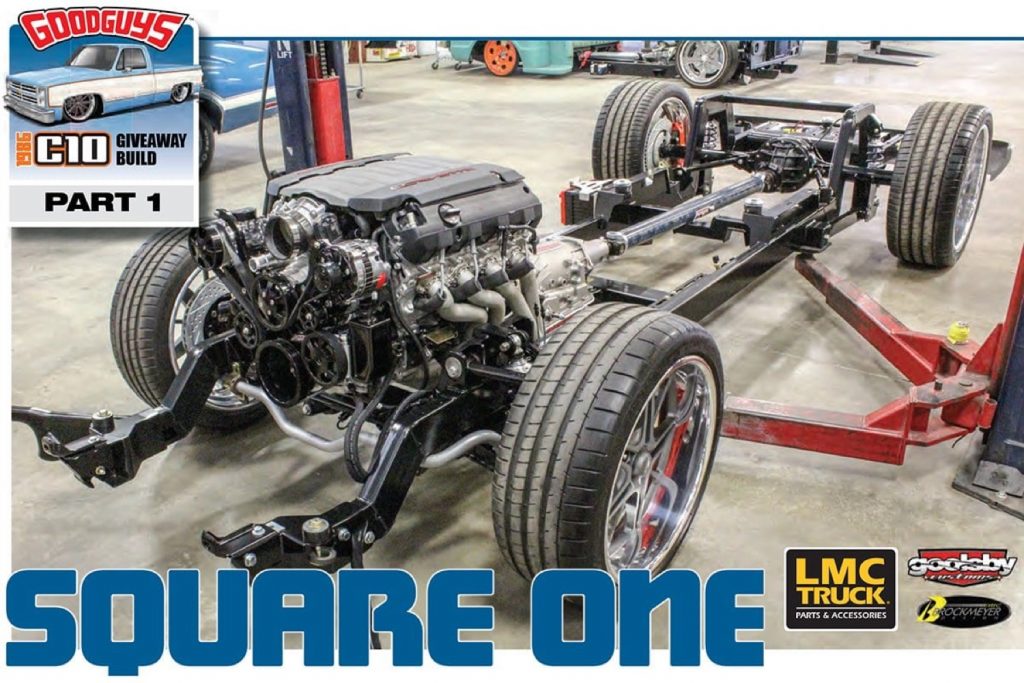 Offered as the grand prize in a giveaway hosted by the Goodguys Rod & Custom Association and Goolsby Customs, this 1986 Chevy C10 has all the tricks and special enhancements one would expect, built from the ground-up with top-shelf components.

Highlights include a new Roadster Shop Slammed SPEC chassis, as well as a new naturally aspirated LT1 V8 crate engine courtesy of Pace Performance. The LT1 Motor connects to the rear wheels through a 4L65E transmission from Gearstar. 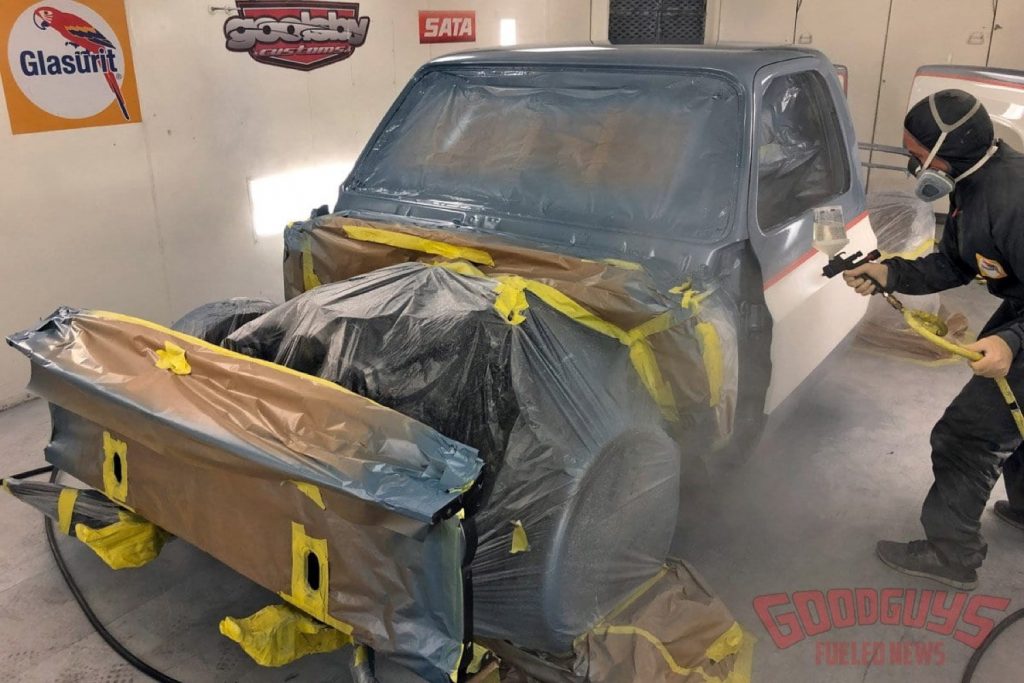 Outside, the Chevy C10 receives a number of custom touches, including a custom paint finish done with BASF materials. The paint includes a tasty two-tone treatment with baby blue on top of white, with an orange stripe to break it up. Billet Specialties wheels are used in the corners, with the whole thing slammed to the ground for some pavement-scrapping goodness. 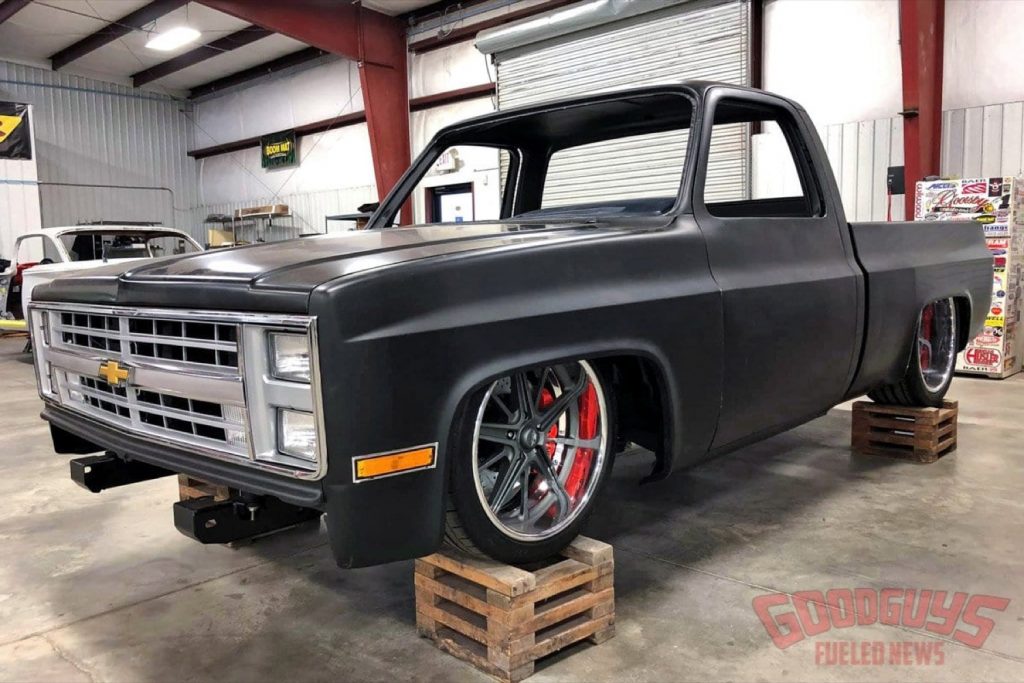 Anyone interested in entering to win the custom truck can do so through the Goodguys website, linked below. Entries are limited to one per person.

The Chevy C10 pickup was produced over the course of four generations, spanning some 42 years. The Squarebody GM trucks, as they have come to be known, were produced between 1973 and 1987, taking the name from the squared-off, boxy exterior design. The popularity of the Squarebody pickups really got going over the last decade, and these days, the old-school beauties are a common platform for customizers. 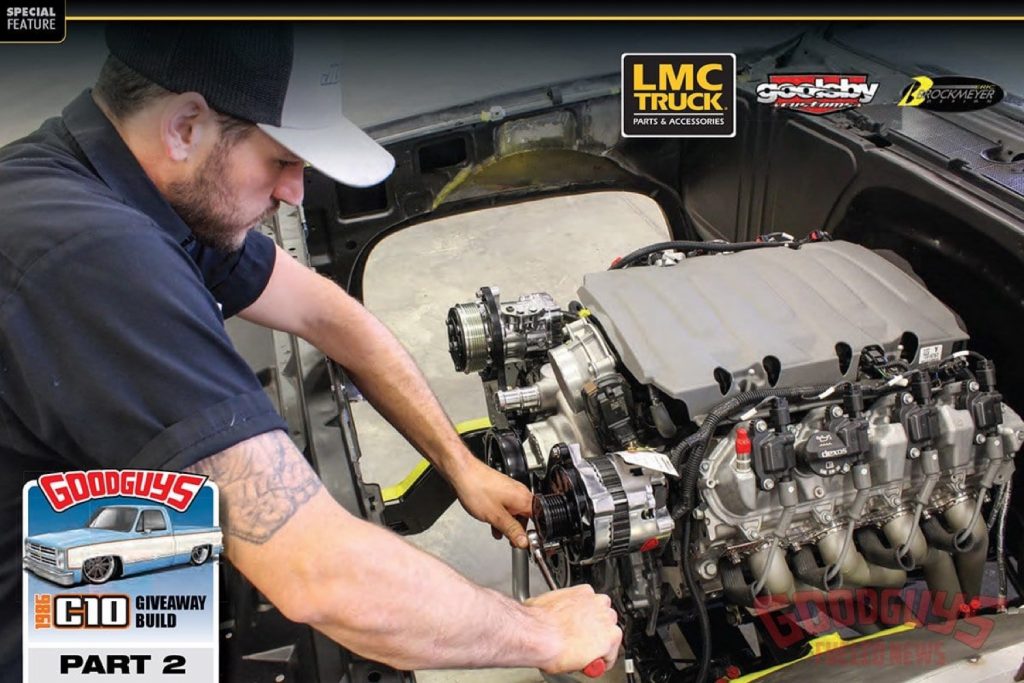 Now, one lucky enthusiast will take this ride home as their own.