Similar to the GMC Sierra HD AT4, a Chevy Silverado HD Trail Boss would offer a combination of bold new styling and extra off-roading prowess. For the former, we added a revised front end with black accents and red tow hooks. The grille, for example, presents a painted Black surround and high-gloss Black mesh, as well as Black chrome inserts, all of which really make the red tow hooks really standout. 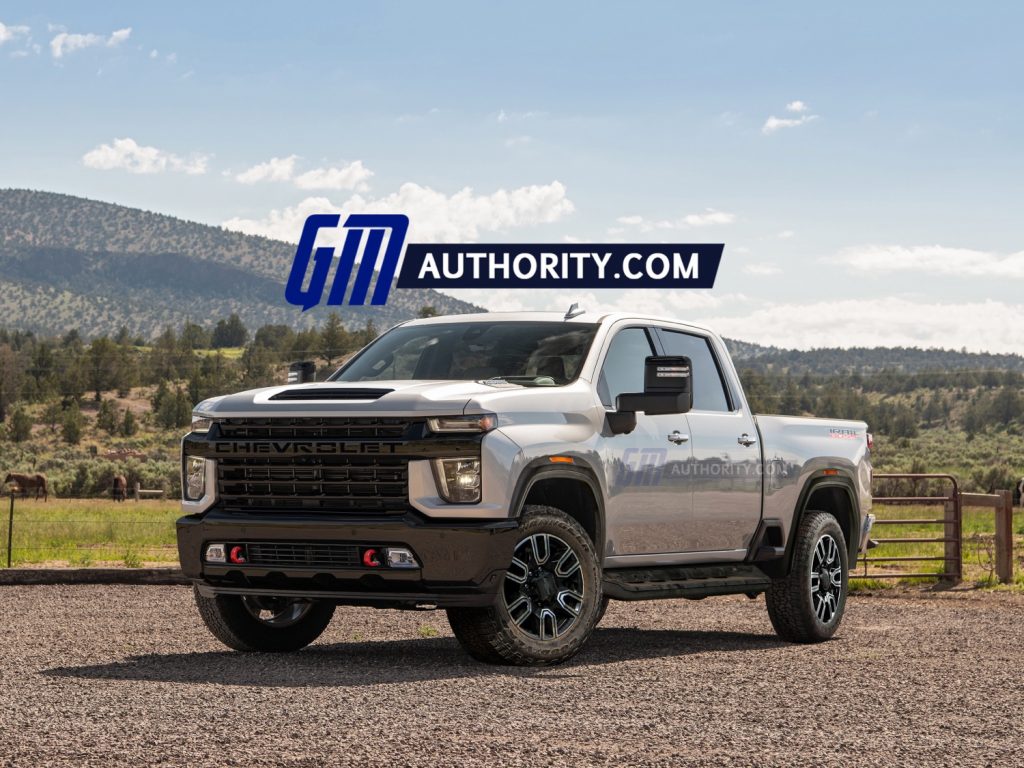 Moving over into the profile, our Chevy Silverado HD Trail Boss rendering is equipped with High-gloss black trailering mirror caps, as well as a set of split-spoke wheels wrapped in mud-terrain tires. Also notice two different step-ups, with high-clearance steps added to the model pictured in the front three-quarters angle, and regular assist steps pictured in the rear three-quarters angle for those who prefer the standard set-up.

Finally, the rear end was updated with new Trail Boss badging on the box and the fenders. We could also imagine a spray-on bedliner with a special logo in back. 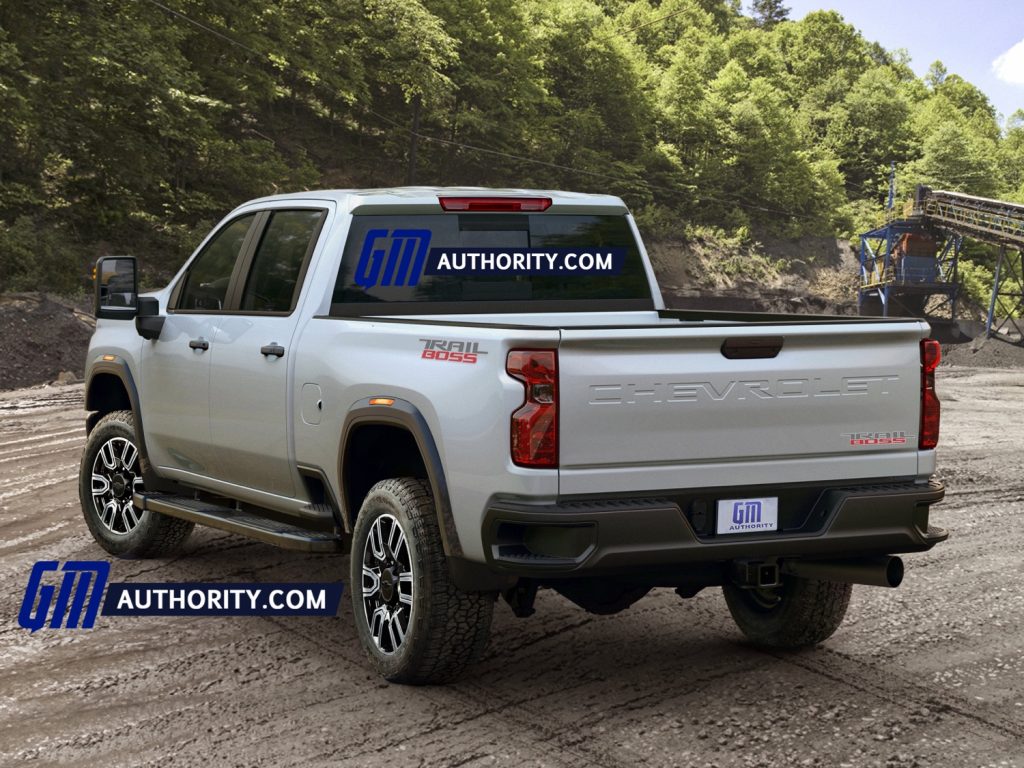 To go with the new styling bits, we would also expect the Chevy Silverado HD Trail Boss to come with a variety of components to make it more capable in the rough stuff. This includes new suspension bits highlighted by a set of Rancho shocks, as well as skid plates to protect the vital bits underneath. Finally, an Eaton automatic locking rear differential will help the pickup charge through loose terrain.