Sometimes, a car connects with you on such a deep level, there’s no chance you’ll ever sell it. Such is the case for Judd Nixon and his 1967 Chevy Chevelle, which now sits as a touring-ready restomod knocking on the door of a 10-second quarter mile. 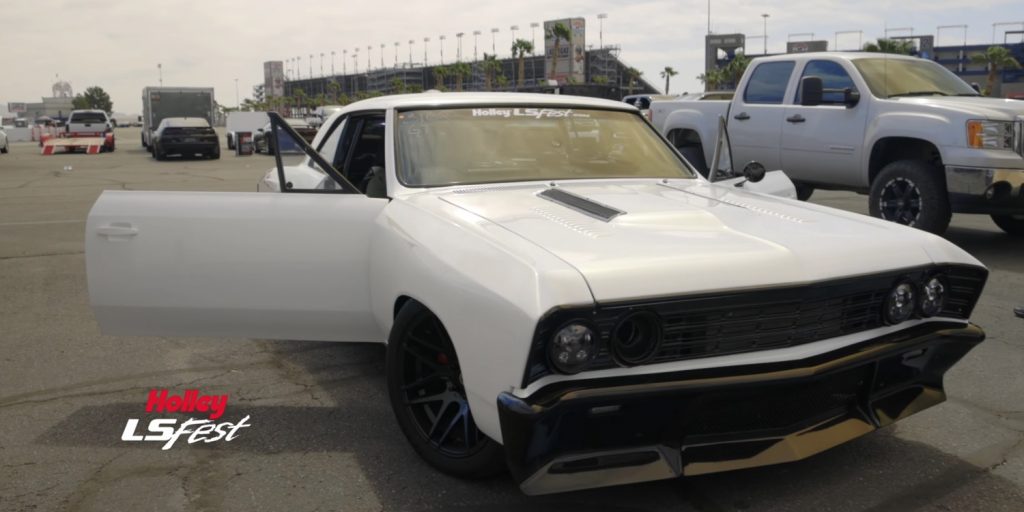 Based out of Utah, Nixon has owned his 1967 Chevy Chevelle for 27 years, and has slowly upgraded his ride to taste. Holley recently caught up with Nixon and his Chevelle at LS Fest West in Las Vegas, featuring the coupe in the following sub-3-minute video.

Nixon has owned his Chevelle since he was 15 years old, and over the years, its gone through numerous iterations. “This time I kinda decided to just go the grand touring route,” the owner says.

The current build includes a 434 cubic-inch LS-based V8 engine, which is topped by a Magnuson 2650 supercharger and connects to a Tremec T56 Magnum six-speed manual transmission.

To sweeten the deal, a lot of the work was done at home, save for the paint and body and some of the heavy lifting under the hood.

Properly motivated, Nixon’s Chevy Chevelle is capable of hitting low 11s on the race track, but 10s  are definitely within reach. And the fact its all in a comfortable street car makes it that much more impressive.

“I just wanted something I could drive anywhere, all the time, and just have a lot of fun with it,” Nixon says. “I like going fast, so I added a bunch of weight, but we added enough power to make it still fun.”

Check out the build for yourself in the video below: