The Pontiac GTO was introduced in 1964 as an option package for the Pontiac Tempest LeMans. Imagined by a rebellious cadre of Pontiac personnel led by John Z. DeLorean, the GTO is considered by many to be the first muscle car. The GTO was equipped with a 389 cubic-inch V8 that flew in the face of General Motors’ convention of limiting engine displacement in mid-size cars to 330 cubes. The 389 was rated at 325 horsepower when topped by a single four-barrel Carter carb. The optional Tri Power set-up (three two-barrel carbs) bumped output to 348 ponies. The GTO could be equipped with either a four-speed manual or two-speed automatic transmission. A limited-slip differential, heavy-duty cooling, dash-mounted tachometer, and performance handling package were all available options. 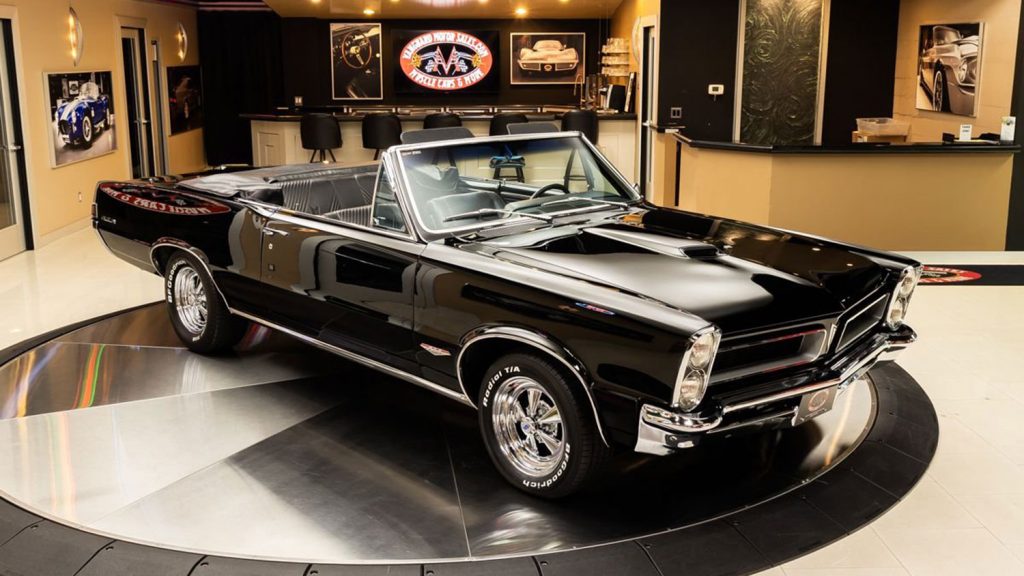 For 1965, the Tempest received a re-style, growing in length about three inches, while retaining the same wheelbase. The quad headlights were now vertically stacked as opposed to the previous year’s horizontal arrangement.  Revised cylinder heads, along with high-rise intakes, helped boost output from the standard four-barrel equipped 389 to 335 horsepower, while the Tri Power set-up grew to 360 horsepower. 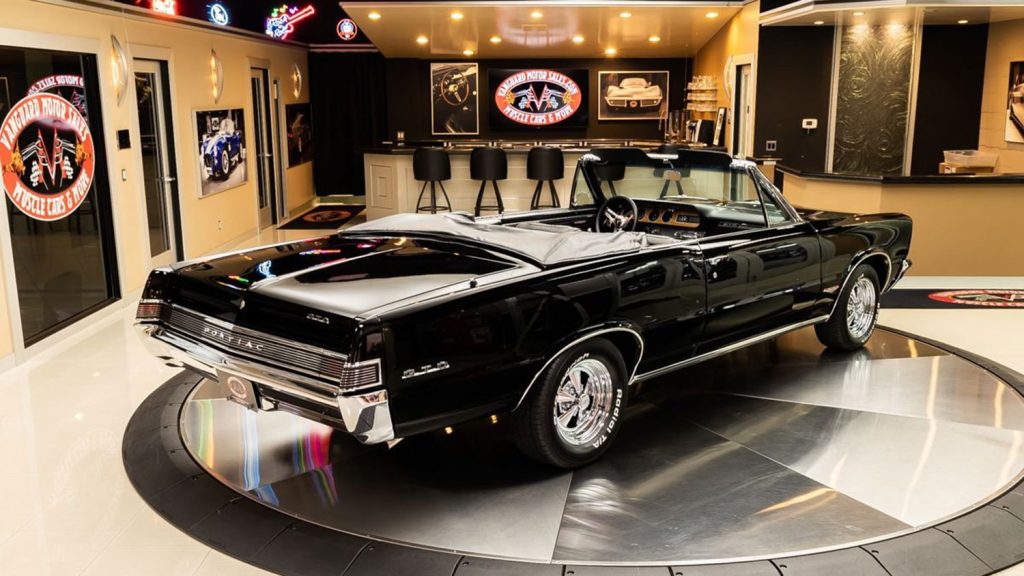 Our feature car is a 1965 Pontiac GTO finished is a spectacular coat of Starlight Black. The paint shows obvious care in the prep and application, with its flawless, wet appearance reflecting everything around it. The chrome and stainless trim are both brilliant. Shiny Cragars look just right wrapped in raised white-letter BFGoodrich radials. The black vinyl top looks to be wrinkle free and colorfast. 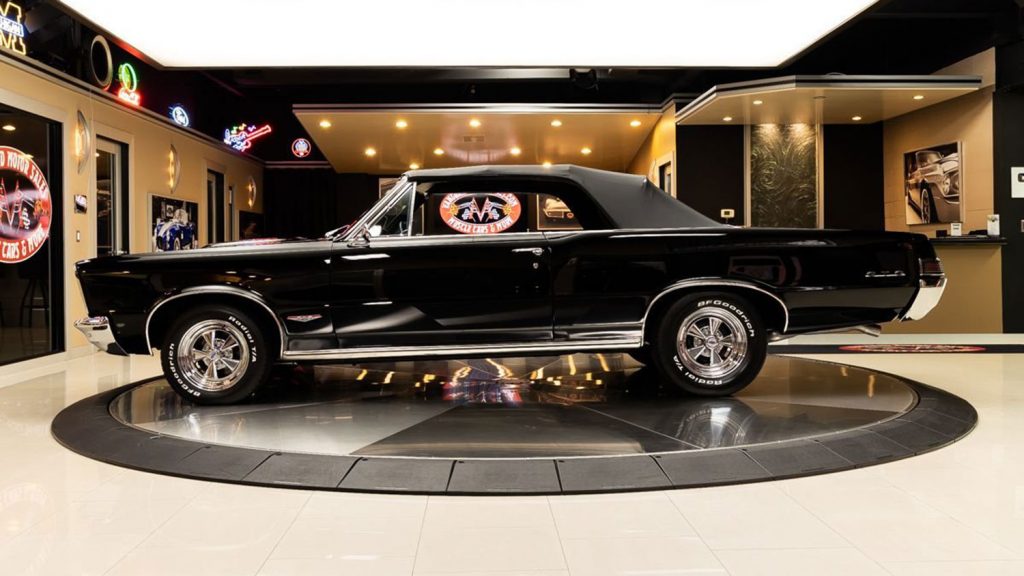 Inside the Pontiac GTO, the largely original interior is awash in sumptuous black vinyl. The dash retains the original woodgrain trim that has weathered well. A Hurst shifter has replaced the factory unit. The dash top is free from fading or cracking. Carpets are similarly free from sun damage, and are protected by rubber GTO mats. A three-spoke chrome steering wheel with a thick, padded rim has been fitted. An aftermarket radio resides in the dash, and aftermarket speakers have been installed in the door panels. 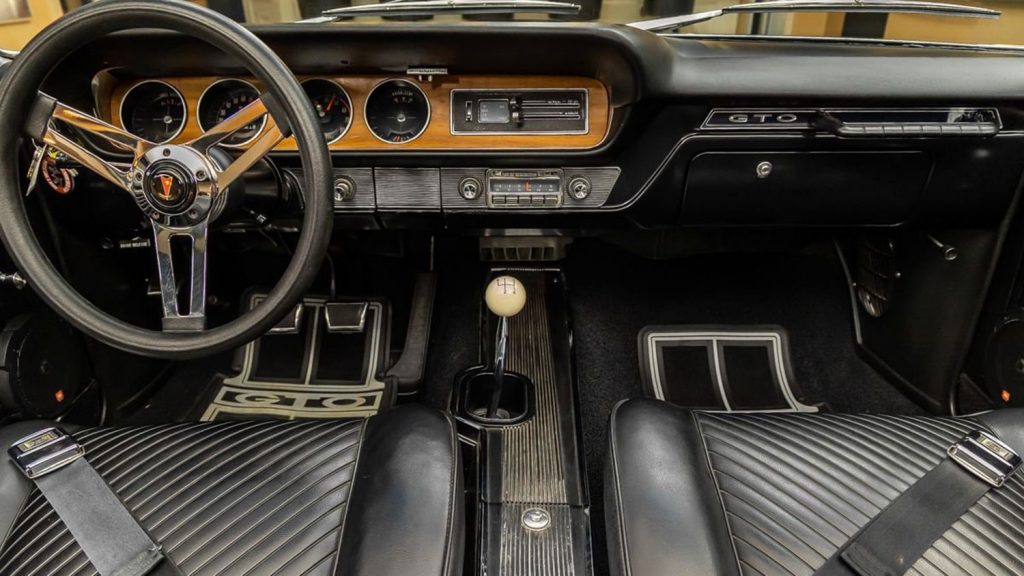 The engine bay of the Pontiac GTO is surgical theater clean. The 389 wears a chrome dress-up kit and an Edelbrock intake. The balance of the engine compartment appears to be clean and correct. 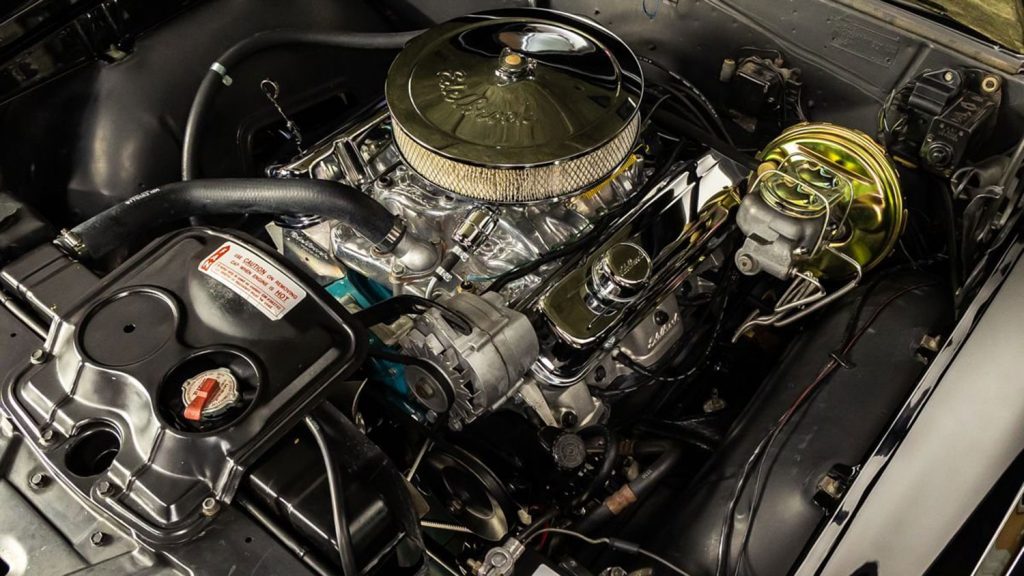 Included in the sale of this Pontiac GTO convertible are photos, Pontiac Historical Society Documents, and the Protect-O-Plate. This highly original and stunning triple black Pontiac GTO is being offered by Vanguard Motor Sales for $109,900. 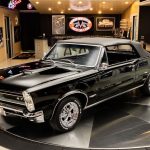 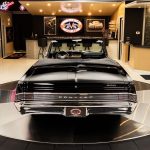 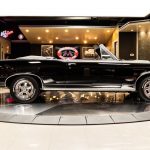 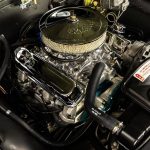 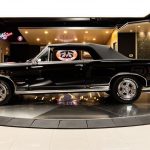 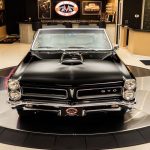 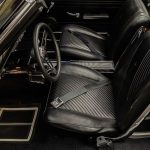 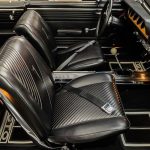 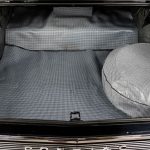 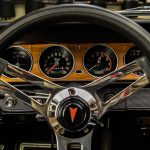 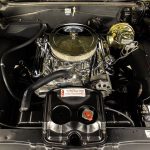 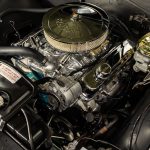 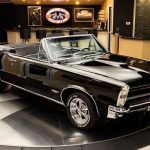 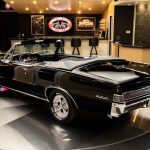 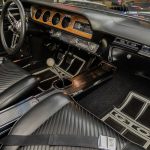 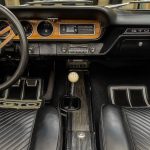 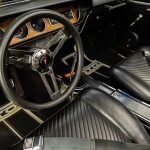 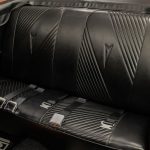 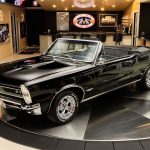 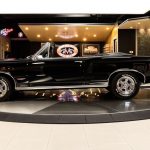 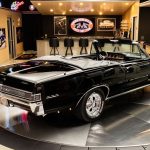 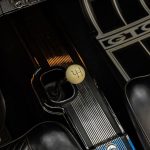 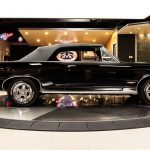