Michigan State Police reportedly took two suspects into custody Thursday morning after a high-speed chase through Midtown Detroit resulted in the destruction of a brand-new 2021 C8 Corvette Stingray. Thankfully, no injuries were reported. 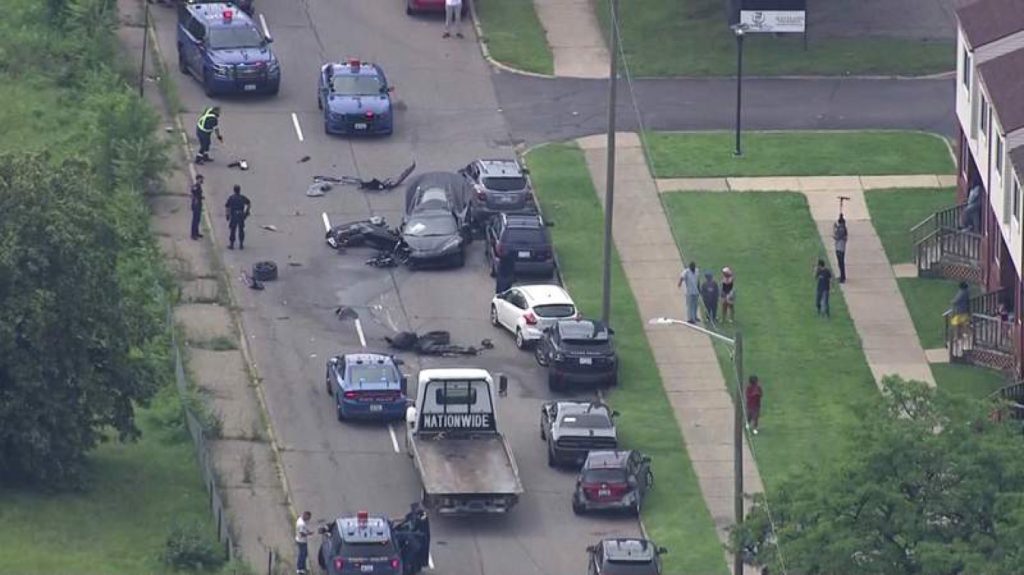 Per a recent report from Click On Detroit, a new 2021 C8 Corvette Stingray was reported stolen around 10 a.m. from a dealership in the northern Metro Detroit suburb of Novi. Police managed to track the stolen vehicle’s location using the onboard OnStar system.

Law enforcement spotted the stolen 2021 C8 Corvette Stingray around 10:30 a.m. between Gratiot Avenue and Outer Drive, at which time the vehicle fled, initiating a high-speed chase with police.

The pursuit ended on Chrysler Driver between Canfield Street and Warren Avenue after the 2021 C8 Corvette Stingray crashed, sideswiping a van and colliding with several parked vehicles. Following the wreck, two individuals fled on foot, but were shortly apprehended by police. 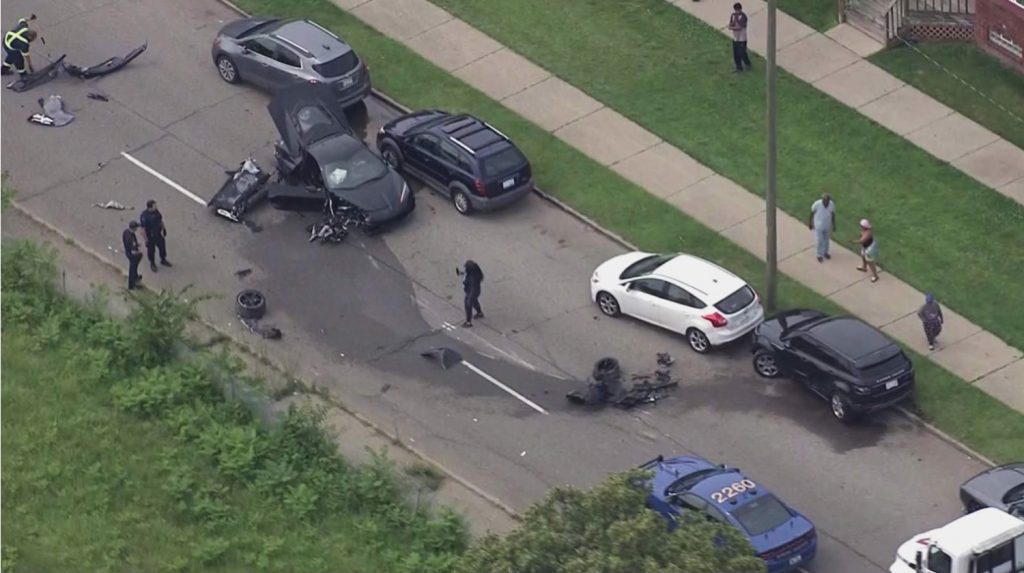 Per photos published by Click On Detroit, the stolen 2021 C8 Corvette Stingray looks totaled, broken into several pieces on the road. Finished in Black, the mid-engine sports car is missing a good portion of the front passenger-side fender, suspension, and wheels. The rear bumper looks as though it was torn off in the collision, while the airbags are deployed. Several of the vehicles on the street appear to be damaged as well.

The MSP Metro Detroit police published dash cam and body cam footage of the incident on social media. The footage opens with a dash cam view of a police cruiser approaching the wrecked C8 Corvette Stingray. Pieces of the sports car block the road, while smoke and steam can be seen drifting up from the torn body pieces. The video continues with a police cruiser cutting through an apartment complex in pursuit of a suspect.

Below is a twitter amount of dash cam and body cam video. Both videos were stopped before showing the face of the suspects, as they have not been charged with a crime. pic.twitter.com/eGyYH7QXBV