The Chevy Corvette debuted in 1953 after an enthusiastic reception to the prototype shown at the 1953 GM Motorama held at New York’s Waldorf Astoria Hotel. Developed under the code name Project Opel, the first year of Corvette production totaled just 300 units marketed to invitation-only customers. Powered by the 235 cubic-inch Blue Flame six cylinder producing 150 horsepower, the Corvette was more reliable than its European competitors. The initial design lasted just three years before a facelift. 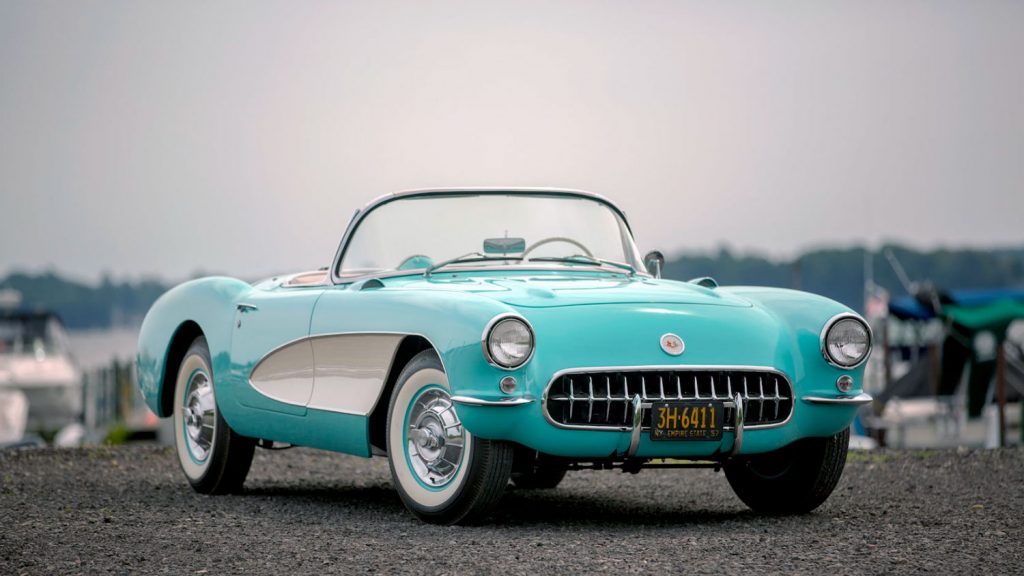 The 1956 Corvettes were arguably much better looking. They still rode on the same basic underpinnings, but now benefitted from the 265 cubic-inch Small Block V8 introduced in the 1955 model year. The sides featured sculpted coves which allowed for two-tone paint, outside door handles and locks, and real glass roll-up windows that could even be had with power assist. The 1957 model year was little changed from ’56 with the exception of the Small Block growing to 283 cubic inches. An optional four-speed manual transmission was available for the first time, as was Rochester mechanical fuel injection. 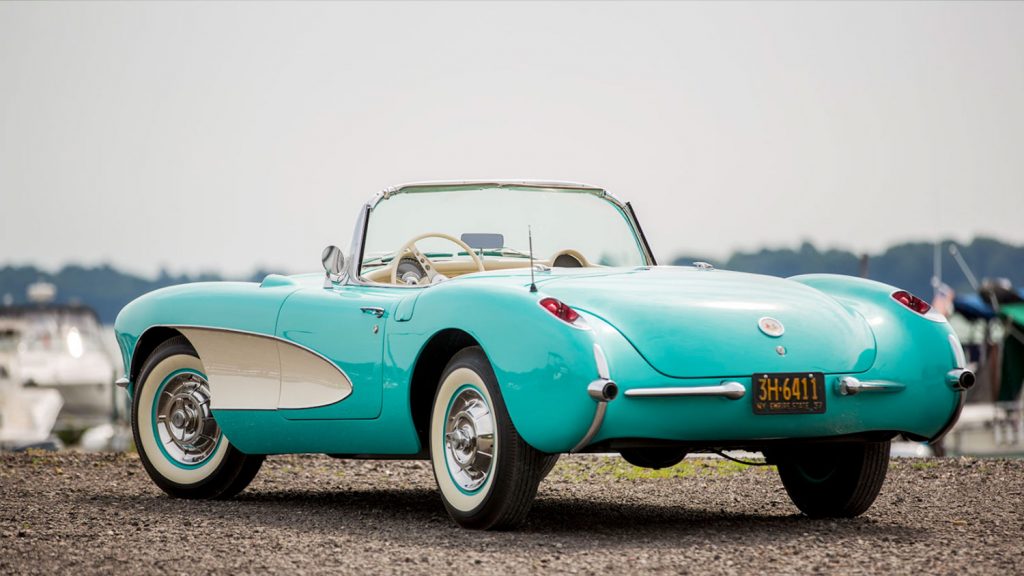 Our feature 1957 Chevy Corvette is a splendidly restored example painted Cascade Green with Shoreline Beige coves and a beige interior. The rotisserie restoration was performed by B & C Auto Restoration and Paint. The Corvette powered by its original 245-horsepower 283 Small Block with dual four-barrel carbs, backed by a three-speed manual transmission. It has had single-family ownership since 1964, with the same owner since 1974. 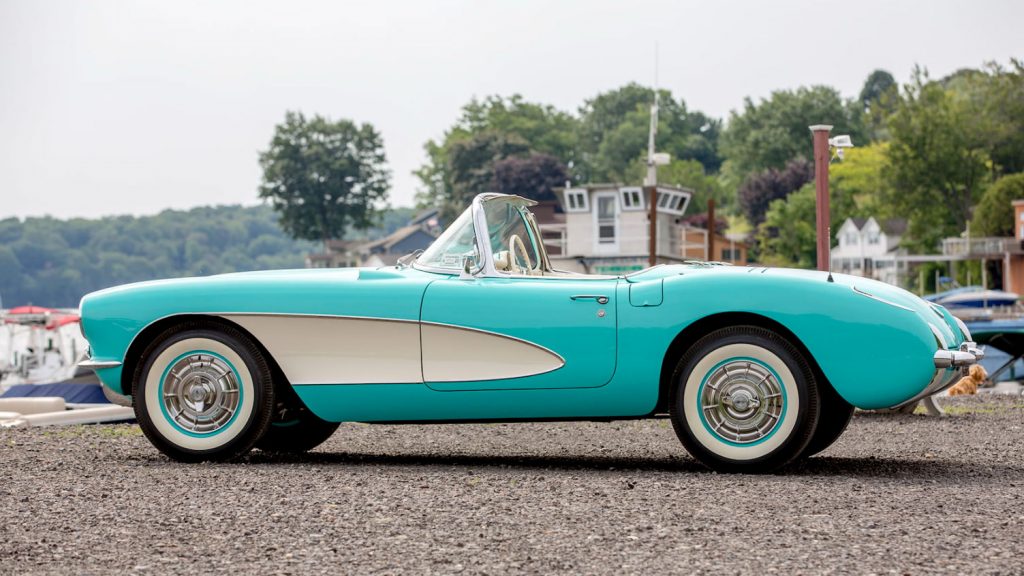 The exterior finish of the Chevy Corvette is nothing short of remarkable, a testament to careful workmanship and execution. Only five percent of 1957 Corvettes were painted in Cascade Green with Shoreline Beige coves. The chrome and stainless both have a brilliant luster. The glass presents as new. Weatherstrip, particularly on the hardtop, appears soft and pliable. The steel wheels have been freshly painted, are wrapped in wide white bias-ply tires, and topped with correct Corvette hubcaps. 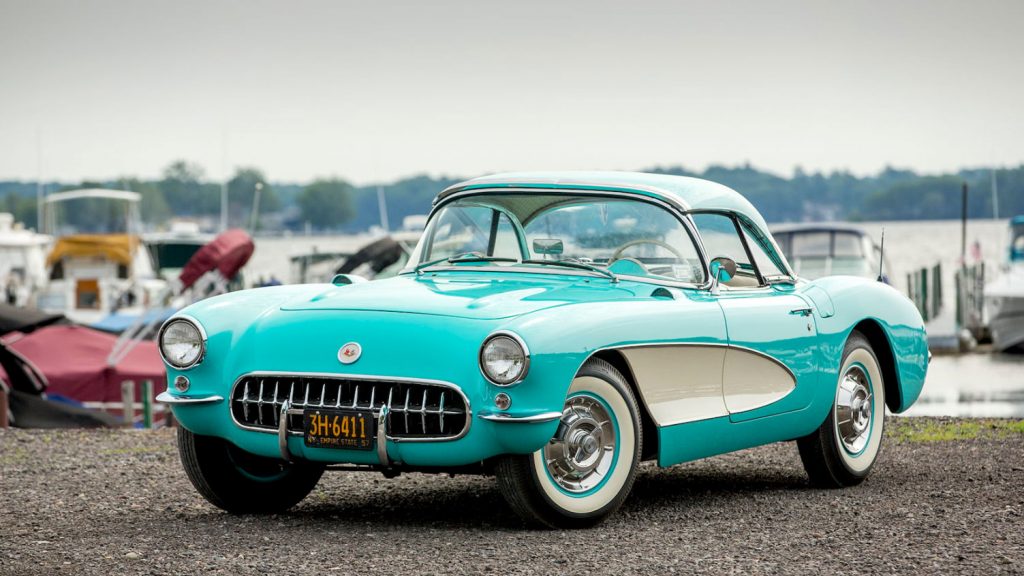 The interior of the Chevy Corvette is finished in an attractive beige. The correct interior waffle material for the seats and door panels was supplied by Al Knoch interiors. Every surface appears to have been either refurbished or replaced, as the overall look is showroom new. 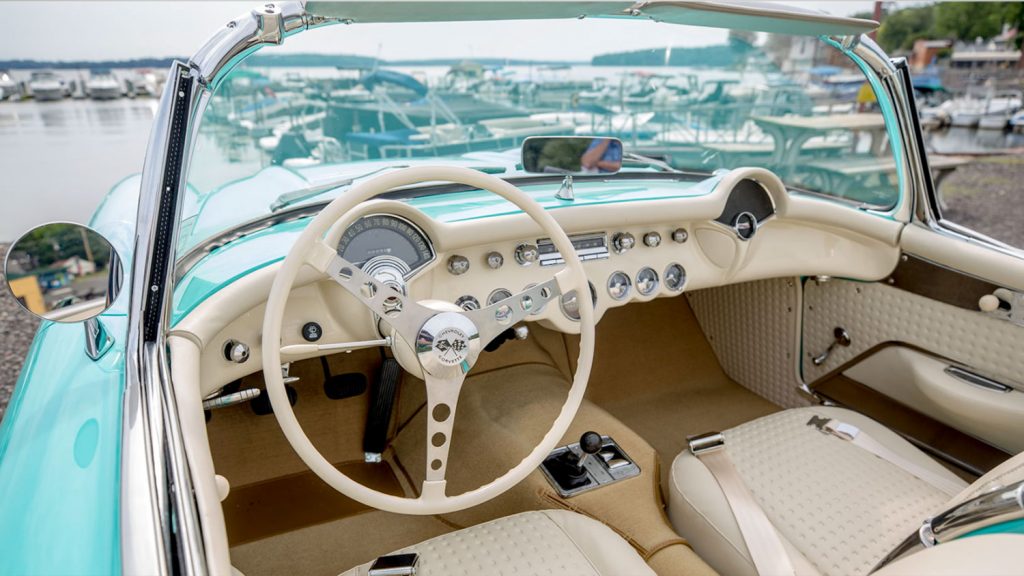 The engine bay of the Chevy Corvette is every bit the equal of the stunning exterior and interior. All surfaces have the correct finishes. Aside from a bit of dust on the underside of the hood, it looks like it is fresh from the assembly line. 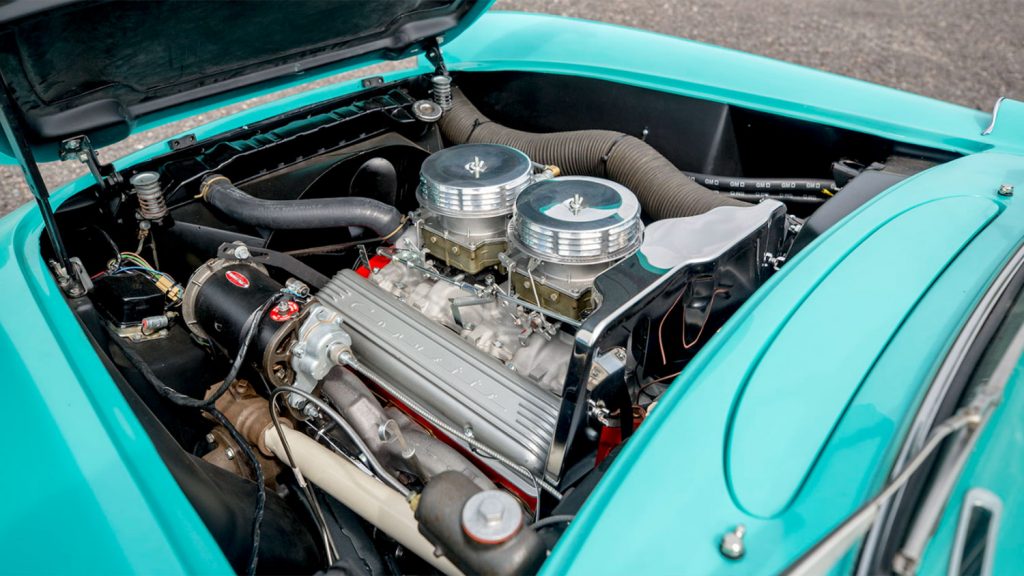 This exceptional 1957 Chevrolet Corvette will be on offer at the Mecum Auctions Orlando, Florida event July 28th-31st. 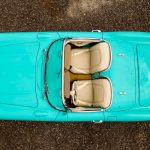 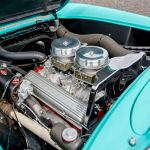 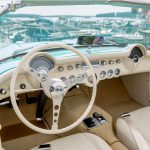 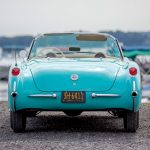 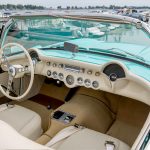 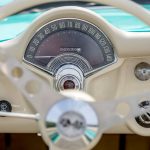 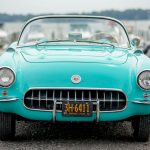 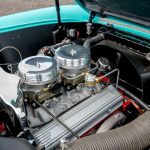 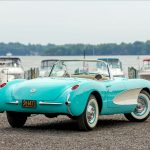 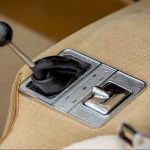 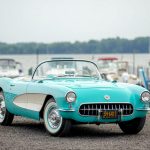 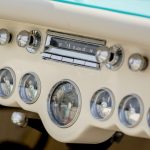 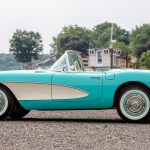 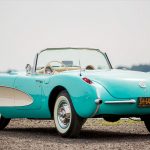 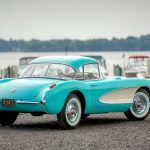 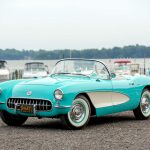 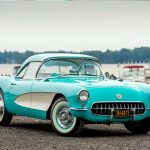 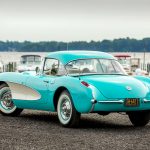 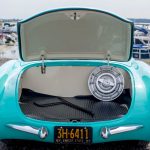 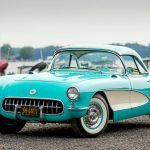 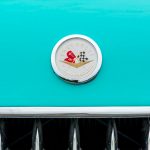 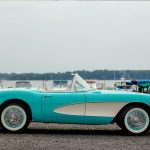 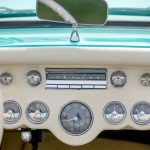