Police in the small Minnesota town of Woodbury are searching for answers after they pulled a Pontiac 6000 station wagon from a shallow part of a local lake.

According to local news outlet Bring Me The News, the Woodbury Parks and Recreation Division were recently clearing some overgrown weeds out of Colby Lake in Woodbury when an employee of a contractor spotted the roof of a car sitting a few feet below the surface of the water. 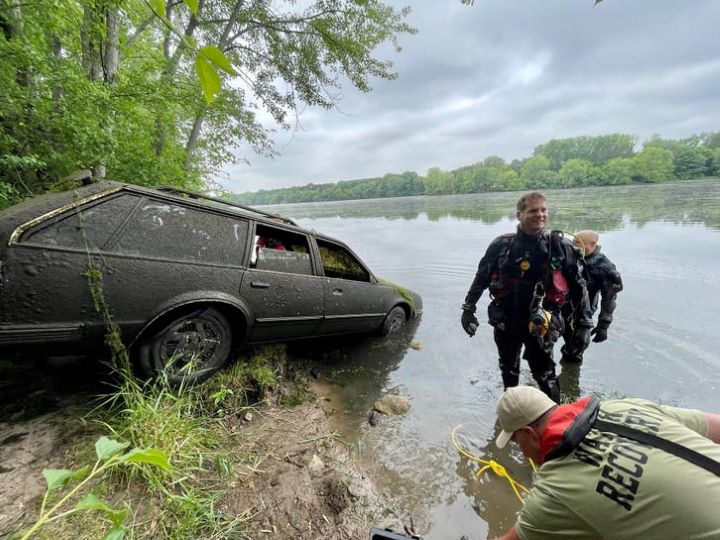 The city called the Washington County Sheriff’s Office and Twin Cities Transport and Recovery team, which arrived on-site over the weekend to extract the vehicle from the water. Authorities later identified the vehicle as a red Pontiac 6000 station wagon, but were unable to locate the vehicle’s VIN due to the mud, slime and algae covering the bodywork. Aerial photos dating back to 2006 show the car sitting at the bottom of the lake, so it has been in the water for quite some time. Police believe the Pontiac may have been in the lake since the mid-to-late 1990s, when homes were built along the east side of the lake where the car was sitting.

Washington County Sheriff’s Office Commander John Altman told Bring Me The News said the case “remains a mystery,” for now, as they cannot determine who the owner of the vehicle was without the VIN. His office has reached out to the National Insurance Crime Bureau to help locate the vehicle’s VIN and potentially an owner, but has yet to hear back.

“Windows were down on the car, and it was full of algae, dirt, slime, and a couple of fish,” Altman explained. “There were no license plates on the vehicle, and when the car came out of the water, we were not able to find a VIN due to the slime and sludge.”

If your Pontiac 6000 wagon went missing in the Minnesota area in the mid-to-late 1990s, you may want to get in touch with the local police in Washington County.