Quadriplegic IndyCar team owner Sam Schmidt piloted a C8 Corvette Stingray up the hill at this past weekend’s Goodwood Festival of Speed thanks to high-tech systems developed by Arrow Electronics. 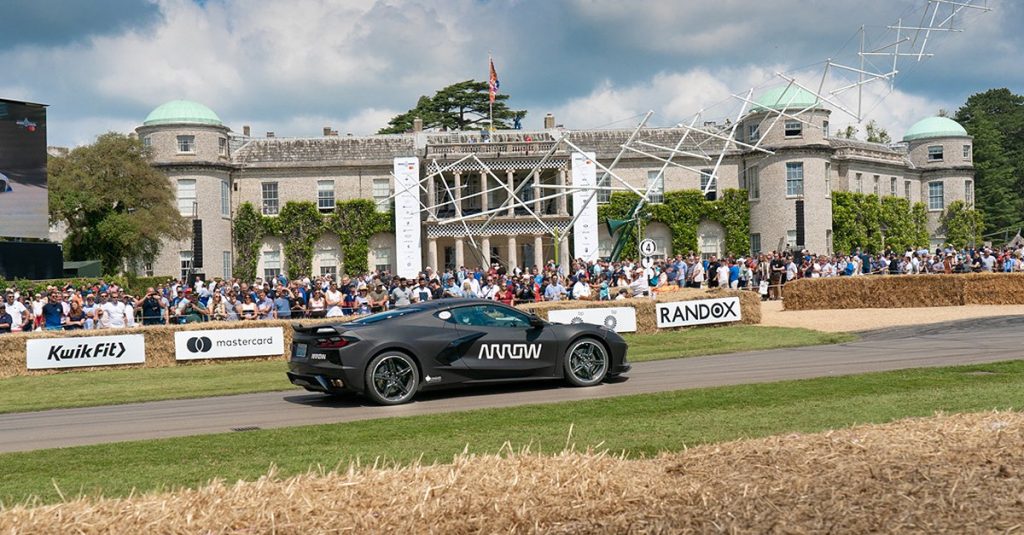 Schmidt, who was paralyzed from the neck down in a testing accident at Walt Disney World Speedway in 2000, has been working hand-in-hand with Arrow Electronics since 2014 to develop a special system that enables him to drive. The system allows Schmidt to steer using his head movements and modulate the throttle and brake by sucking and blowing through a tube. This technology was originally tested by Schmidt on a C7 Corvette Stingray and then C7 Corvette Z06, with Arrow this year installing it on the faster and more up-to-date C8 Corvette Stingray.

IndyCar team owner Sam Schmidt can control this Corvette C8 using only his head, thanks to some amazing high-tech modifications by Arrow Electronics! #FOS pic.twitter.com/1VcCbDixOU

Schmidt and his team shipped his specially prepared C8 Corvette Stingray over to the UK for his first-ever Goodwood Festival of Speed appearance this year. Sam was able to show off the performance of the C8 Corvette as he took it up the tight and winding hillclimb course, which was the first track in the UK he’s ever driven on. Schmidt was still well-prepared for the appearance, though, as he previously piloted his Arrow Electronics-prepared Corvettes at Pikes Peak and the Indianapolis Motor Speedway oval.

“Driving up the hill at Goodwood is such an honor and I’ve watched it a zillion times on YouTube you know,” Schmidt told the BBC in an interview. “And I guess you could say this is an epic moment because this is definitely the first time I’ve been to Goodwood and the first time I’ve actually been driving on a racecourse in the UK, so it’s phenomenal.” 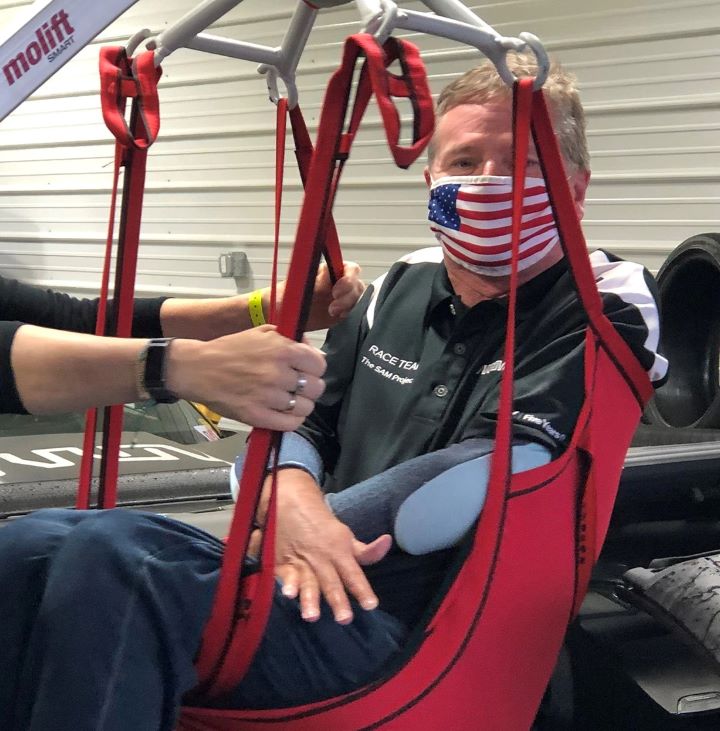 Going forward, Arrow Electronics hopes to transfer Schmidt’s system to other vehicles to help other paralyzed individuals get back behind the wheel. Arrow says the system could be adapted to everything from Formula 1 cars to mail trucks, but for now, it’s exclusive to Schmidt’s special matte black C8 Corvette Stingray.

Check out the video embedded below to see Schmidt in action at the 2021 Goodwood Festival of Speed.