A pair of strange-looking 10-door Chevy Suburban limousines have been listed for sale via Yahoo Auctions in Kyoto, Japan. 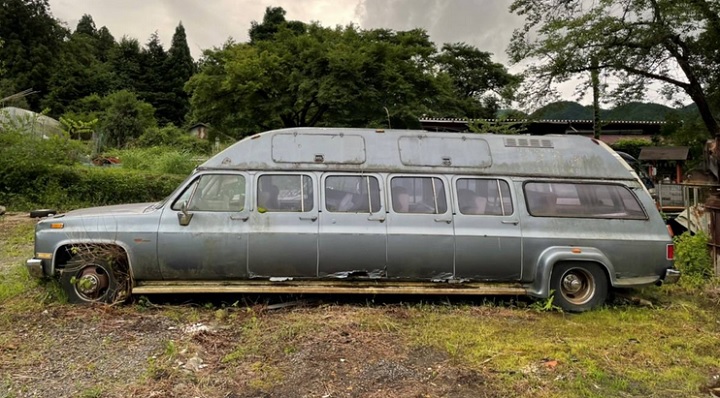 According to the auction listing, these vehicles were used as airport shuttles at one point, but it seems they’ve long since been retired – likely in favor of more fuel-efficient shuttle busses and/or trains. They now sit in an overgrown junkyard near Kyoto, collecting dust and dirt and waiting for a brave Japanese car enthusiast to come and give them a new lease on life. 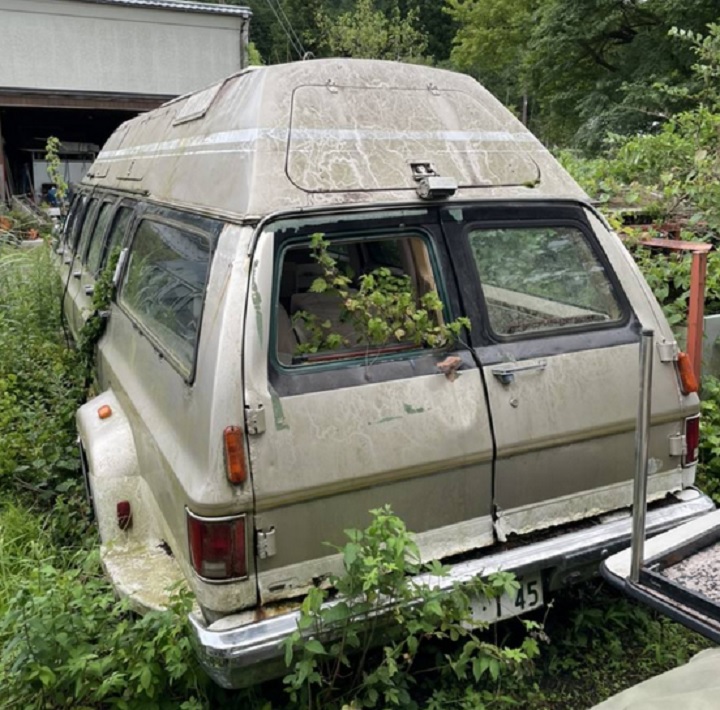 The Chevy Suburban was never officially sold in Japan, so it’s not entirely clear how these oddball limousines found their way to the country. It’s also not clear if they were built in Japan, or if they were constructed elsewhere and then shipped there afterward. We did find an old brochure online for a 10-door Chevy Suburban limousine conversion that was offered by Arkansas-based conversions company Armbruster/Stageway Inc., but there’s no way of confirming if these vehicles were built by the American company. These 10-door Chevy Suburban conversion vehicles were actually quite common as airport shuttles back in the day, though, so it’s very likely that multiple companies offered similar conversions. 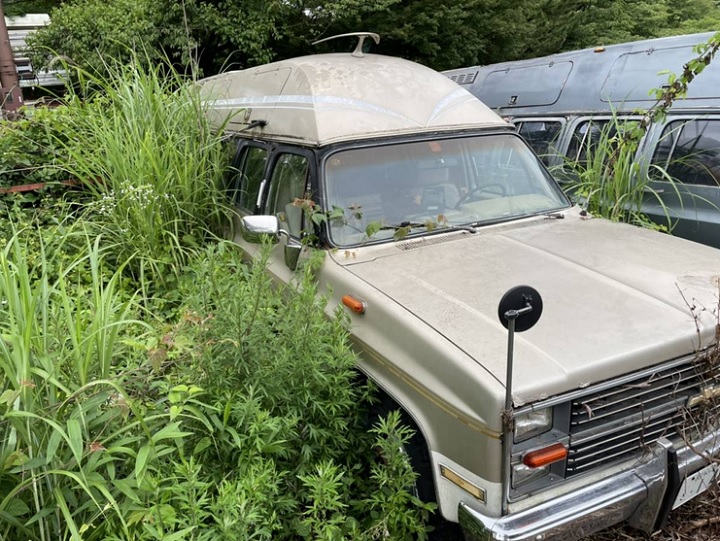 The seller has started bidding at 1,000,000 yen for each of these ridiculously long limos, which equates to about $9,000 USD at the current exchange rate. That’s a lot of money for a vehicle that will be very hard to enjoy on Japan’s rather narrow roads, but perhaps the new owner can convert it into a food truck or use it as a rolling billboard for their business. We imagine the expenses for removing the vehicle from the junkyard and shipping it to another location will also be quite pricy, unfortunately.

Check out the listings here and here and let us know what you think of this strange American import in the comment below.