Japanese tire manufacturer Nitto has released its new Recon Grappler A/T tire, which the company says “combines versatility and distinctive design into an all-terrain tire that stands out from the crowd.” 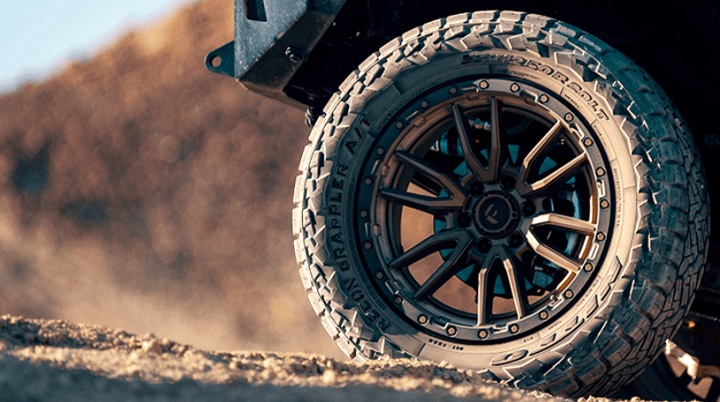 The Nitto Recon Grappler A/T tire is easily identifiable thanks to its pronounced sidewall lugs, which give the tire an aggressive outward appearance that lends well to the aggressive exterior styling of today’s trucks and SUVs. Despite the tire’s aggressive tread style, Nitto says the tire is well suited to highway driving, with the “arrangement of wide and narrow grooves in the tread pattern,” working to reduce road noise at higher speeds. At the same time, large shoulder and tread blocks are said to provide “better handling and more stable performance in both wet and dry conditions,” while the zig-zag tread pattern ensures enhanced traction on loose dirt or gravel surfaces. 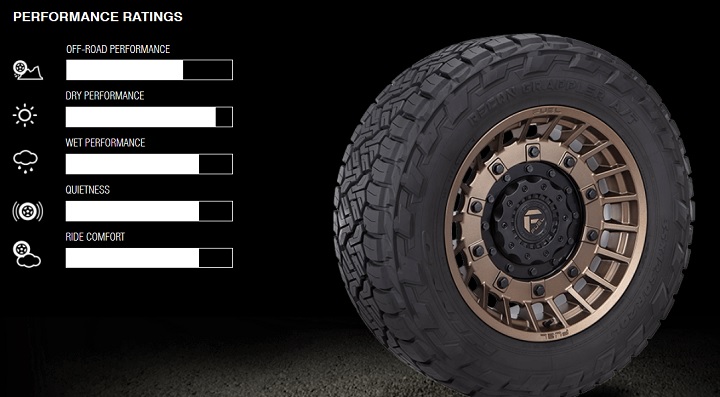 The Recon Grappler isn’t as off-road-focused as other Nitto tires with more aggressive tread patterns, like the Ridge Grappler, Trail Grappler and Mud Grappler, for example. Instead, this tire offers a middle ground between these tires and one of Nitto’s highway tires, providing truck and SUV owners with aggressive-looking rubber that doesn’t produce excess road noise during long highway hauls and road trips. 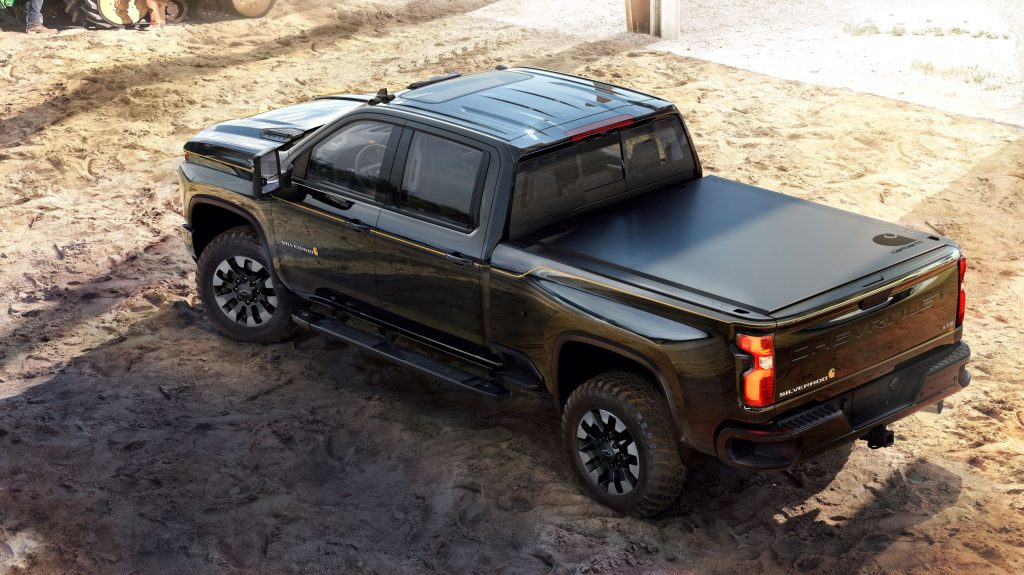 As of right now, the Nitto Recon Grappler is available in 11 different sizes ranging from 20 to 24 inches. That means these tires are compatible with the Chevy Silverado HD and GMC Sierra HD, which has a LT275/65R20 tire size from the factory.

“Situated within Nitto’s Grappler lineup between the Ridge Grappler M/T and the Terra Grappler G2, the Recon Grappler provides quiet road driving and unmatched traction off-road,” Nitto says. “With deep sidewall lugs extending five to seven millimeters, these tires add traction and an aggressive look to any vehicle while maintaining stable performance in both dry and wet conditions.”