1967 marked the first model year of production for the Chevy Camaro. General Motors’ response to the wildly successful Ford Mustang was rushed to market in the latter part of 1966, and the Pony Car Wars had officially begun. The next year would see the addition of the AMC Javelin and AMX to the long nose/short trunk/V8 mix. All the competitors would have entries in the Sports Car Club of America, or SCCA, Trans Am series that was born in 1966. 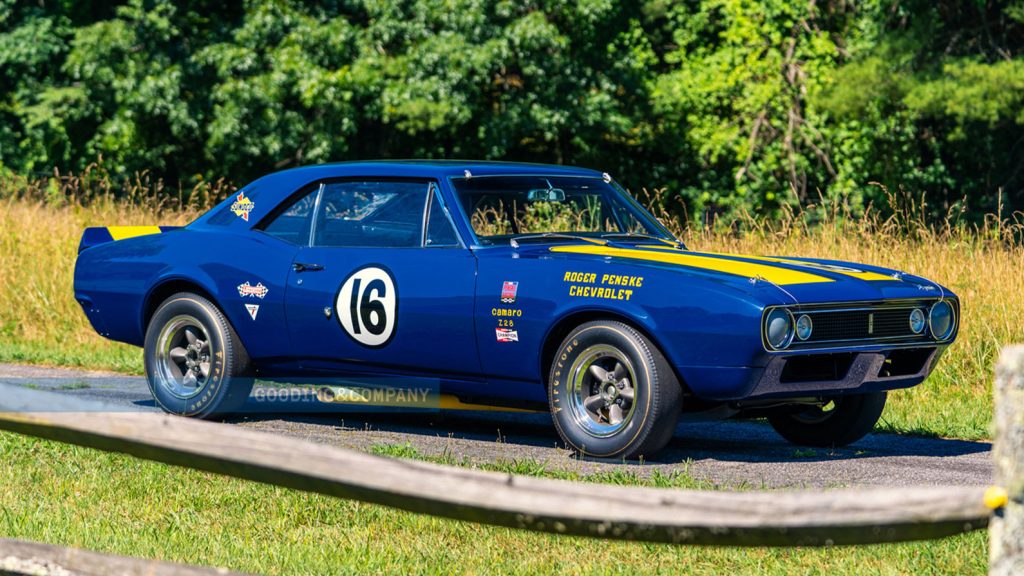 Our feature car is a 1967 Chevy Camaro Z/28 Trans Am racer driven by the legendary Mark Donohue for the then-fledgling Penske Racing Team. It was just the fourteenth Z/28 built, and was the first Chevy Camaro to ever win a professional race, leading the way for all the other Camaro/Firebird competition cars. The Camaro, chassis 7N163378, was campaigned by Team Penske through 1969, and driven primarily by Donohue. 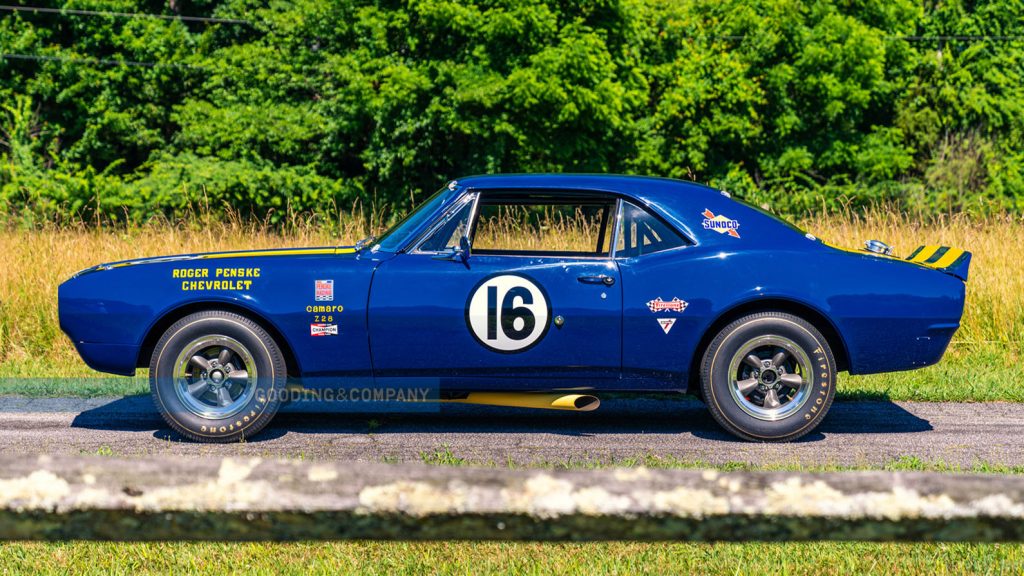 This Chevy Camaro has been the recipient of an exacting restoration by Chevrolet expert Kevin Mackay to its first victory spec. The exterior finish is resplendent in blue and yellow Sunoco livery, complete with number roundels, lights, and decals. Bumpers have been deleted, the front and back glass have had safety retaining clips installed, the racing fuel filler neck protrudes through a large hole in the rear deck, and all the necessary race modifications are in place. 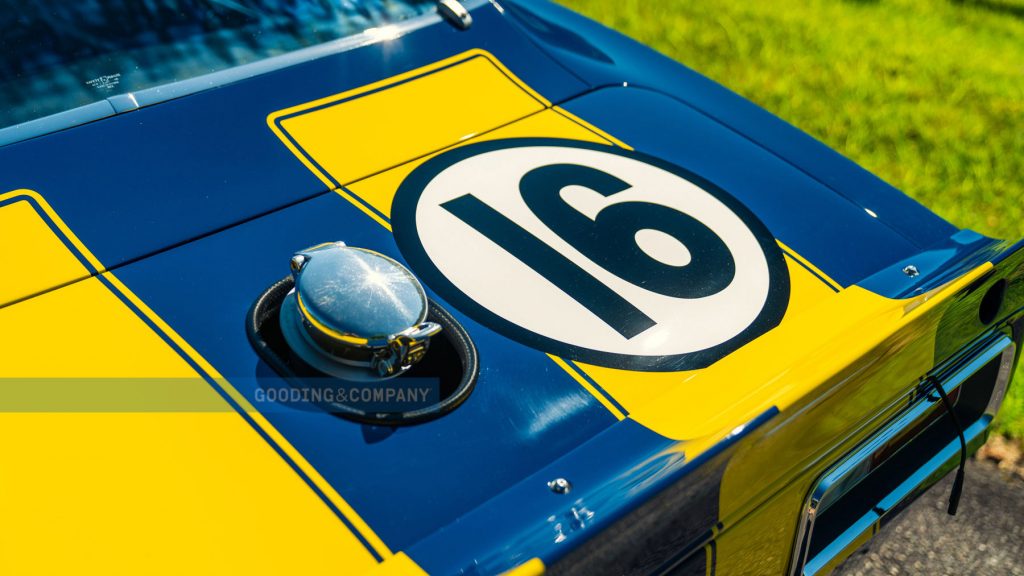 Inside the Chevy Camaro, the stock door panels have been retained, along with the manual window cranks. Aside from the stock side panel trim and rear window cranks, the rest of the interior was gutted in the conversion to race spec. The back seat is gone, with only riveted panels in its stead. The dash is strictly business, with only necessary gauges and switches present. There is a single racing seat, a robust cage, and a three-spoke wood-rimmed steering wheel with a metal center plate where the horn used to be. Inscribed on the plate is the admonition “THINK.” 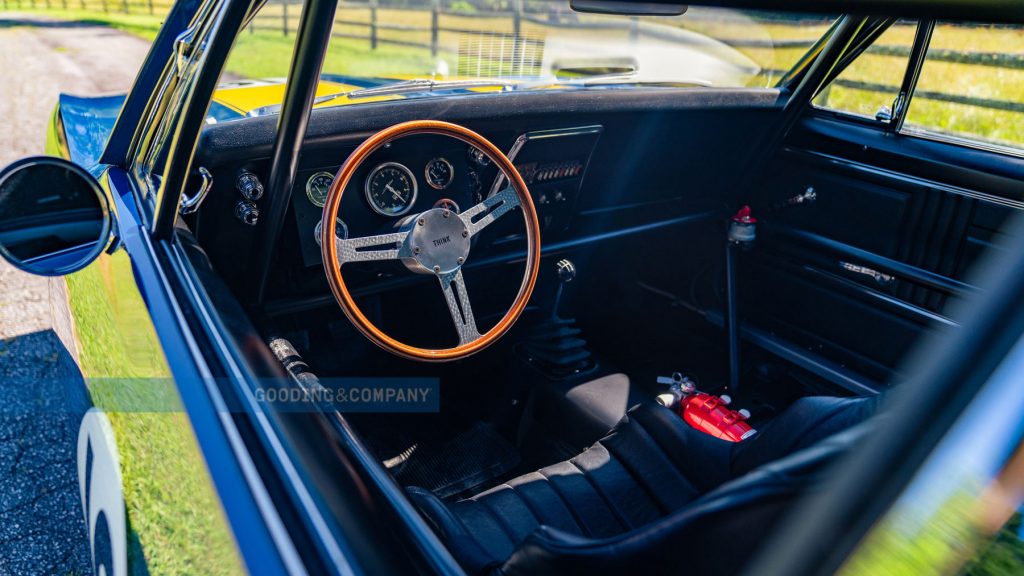 Under the hood of the Chevy Camaro is the built-to-spec 302 cubic-inch Small Block Trans Am engine. The 302 displacement was achieved by using a 327 cubic-inch bore with a 283 cubic-inch forged steel crank. The headers are powder coated in Sunoco yellow, and that color carries all the way to the side-exit exhaust. Plug wires are the same bright shade. Simple Chevrolet script valve covers are painted industrial gray. The oversized air cleaner draws cool air through a large duct from within the car’s cabin. 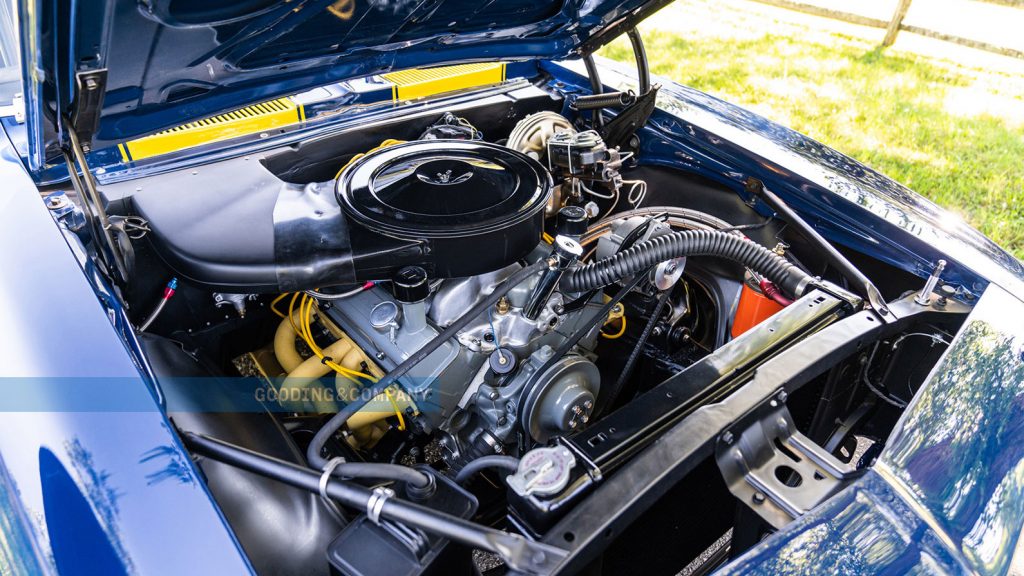 The Penske Racing Donohue Chevy Camaro Z/28 Trans Am racer will be on offer at the Gooding & Co. auction in Pebble Beach, California August 13th and 14th.  Gooding & Co. specialist Hans Wurl said of the Chevy Camaro, “Its desirability and historical significance cannot be overstated.” The pre-sale estimate is $1.4 million to $2 million. 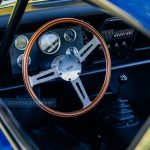 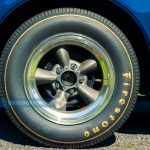 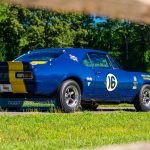 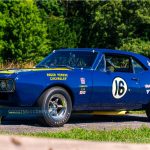 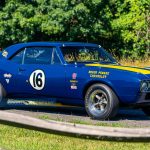 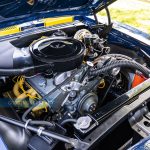 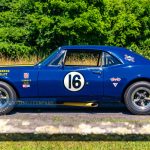 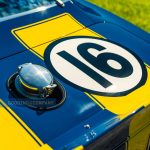 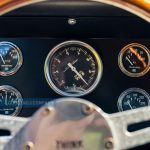 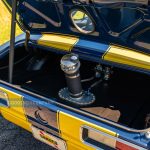 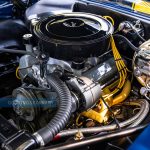 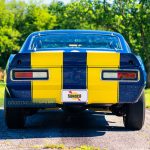 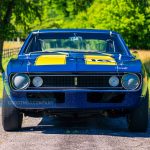 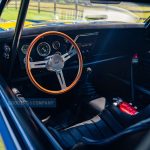 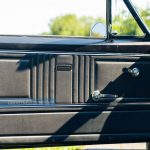 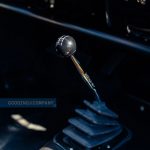