As of this writing, six wheel options are available for the 2021 Corvette Stingray, with diameters of 19 inches for the front and 20 inches for the rear, all of which are found on the Chevrolet configurator. Taking a closer look at the Stingray wheel choices reveals that they appear to be very similar. That’s because there are actually are two basic wheel designs, both of them featuring five spokes and both being available with three finishes. 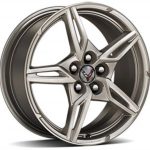 For a car like the Corvette C8, this seems a little unambitious. GM Authority executive editor Alex Luft recently asked Chevy Corvette chief engineer Tadge Juechter to explain why this is the case.

“The five-spoke design is a very natural [wheel] design, since it’s where the load goes,” Juechter replied. “That’s what the wheel does – it takes the load from the hub and distributes it. So then it becomes a question of where you want to anchor it.” 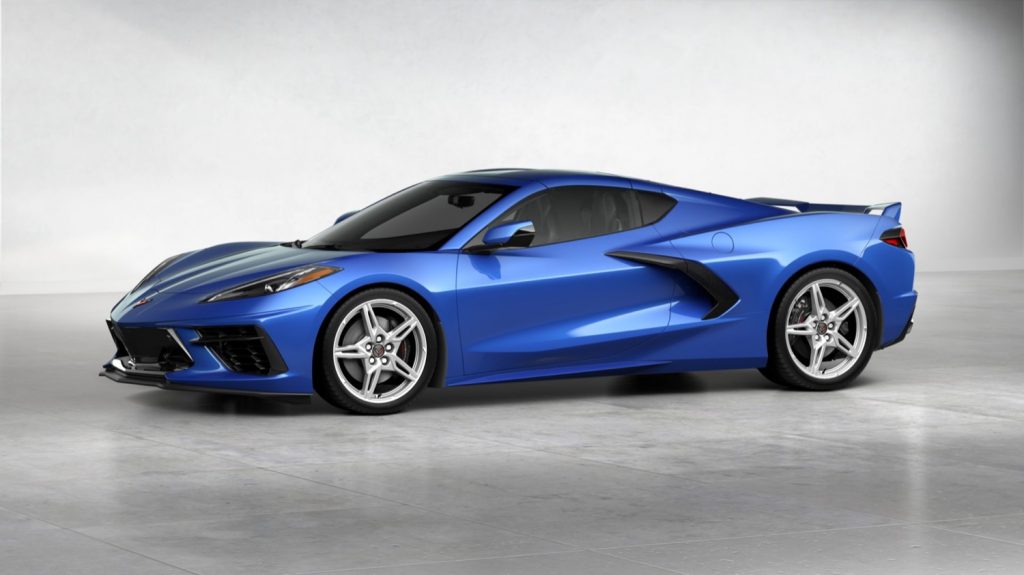 “If you look at the long course of history, you’ll see the five-spoke wheels keep kind of coming back. You’ll see variations, like sometimes we hide it, you’ll see other spokes that are not so much load-bearing, but if we took those out, it’s back to a five-spoke,” Juechter continued. “And if you really think about the people that have to design wheels for a living – what wheel design hasn’t been done? It’s really hard to design something that’s new that doesn’t have a bunch of wasted aluminum on it.” 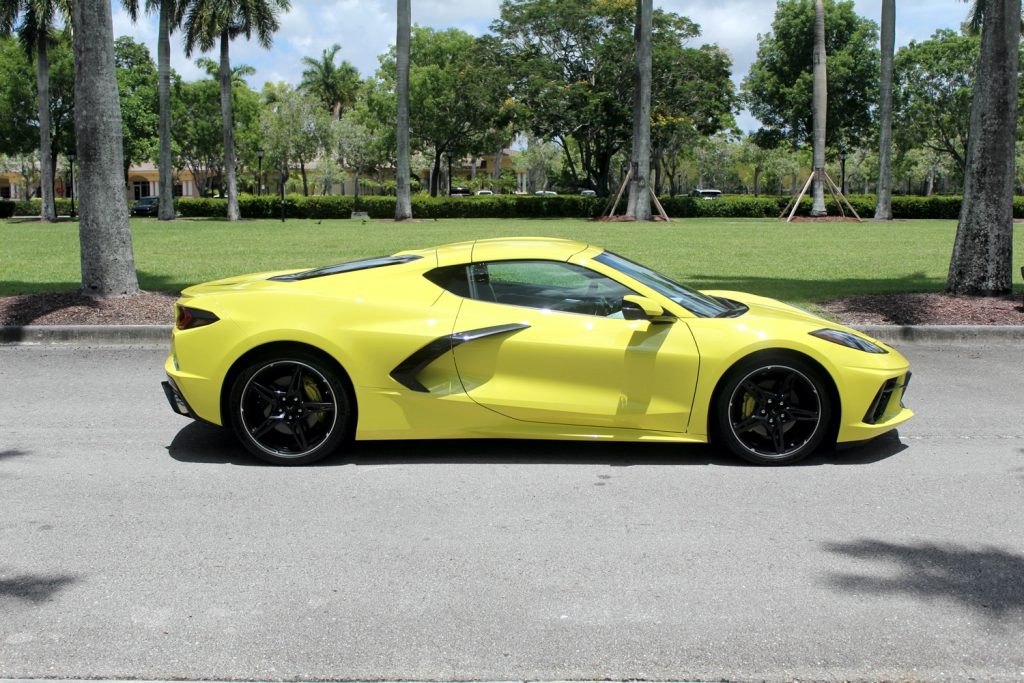 Chevy Corvette marketing director Harlan Charles, who was also present during the interview, chimed in. “Towards the end of the seventh generation [Corvette], we started bringing in more wheels. In the beginning, it was kind of like now [for the C8 Stingray]: we basically had two designs and little by little we started adding variants.”

All of this specifically applies to the Chevy Corvette Stingray, which is the only C8 variant currently on sale. In the next few years, the range is expected to expand with the Corvette C8 Z06, C8 E-Ray, C8 ZR1 and the range-topping Corvette C8 Zora, whose hybrid powertrain is expected to have a combined power output of around 1,000 horsepower. These new variants will likely expand the number of wheel and tire choices offered in the Corvette C8 range, which should – in turn – lead to new wheel designs, for technical as well as aesthetic reasons. As GM Authority reported back in 2020, the C8 Z06 is expected to be offered with a set of carbon fiber wheels that will feature a deep spoke design. 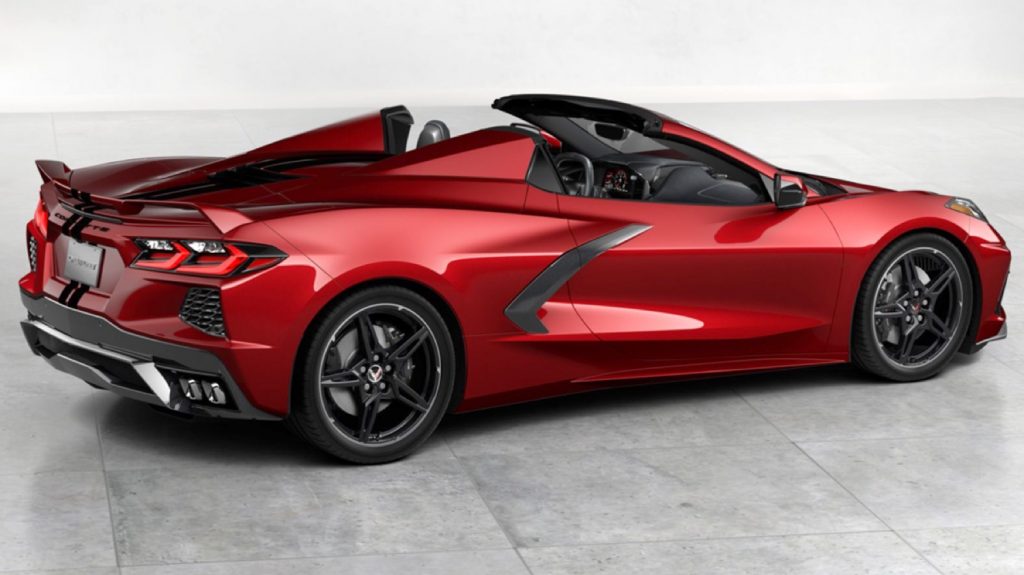 The 2022 Corvette will receive a few minor changes and updates, including the addition of an IMSA GTLM Championship Edition, mild tweaks to the LT2 engine and the deletion of one of the six current wheel choices, the 5-open-spoke Performance Pewter-painted aluminum wheel set which carries the RPO code 5DG. 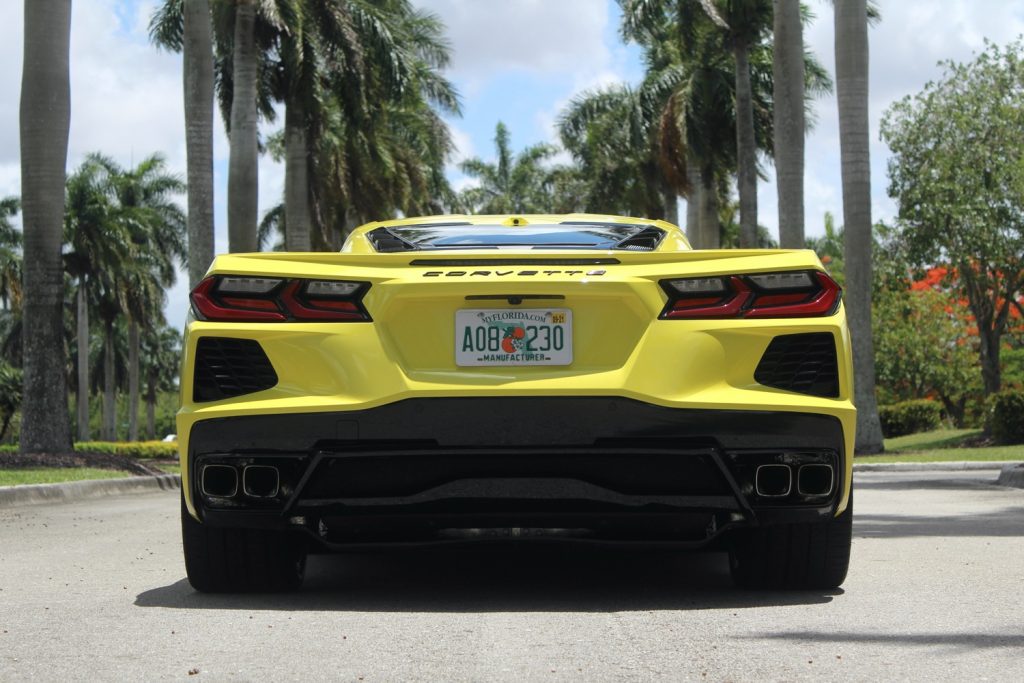