The GM Design team has shared yet another series of sketches from yesteryear on its Instagram page this week – this time featuring early design renderings for the iconic Buick Riviera.

These two Buick Riviera renderings, which were shared on the GM Design Instagram page on Thursday, appear to be original sketches for the second-generation Buick Riviera. The first sketch was completed by GM designer Donald Wood and is dated 1967, while the second is the work of Tony Balthazar and is from 1966. Seeing as the second-gen Buick Riviera was introduced for the 1966 model year, it’s possible these design sketches were completed as GM was deliberating over what styling updates to apply to the vehicle for the 1967/1968 model years.

The second sketch appears to have served as loose inspiration for the 1968 Buick Riviera, which incorporated similar rectangular headlights and a similar two-segment grille design. The first sketch, meanwhile, has a front fascia design that seems to have never reached production, featuring smoothed-over headlamp covers and a pointed nose with a downward-swooping grille. These sketches, therefore, give us a glimpse into the design process within GM at the time, which would often see multiple designers working on one single car design at once. 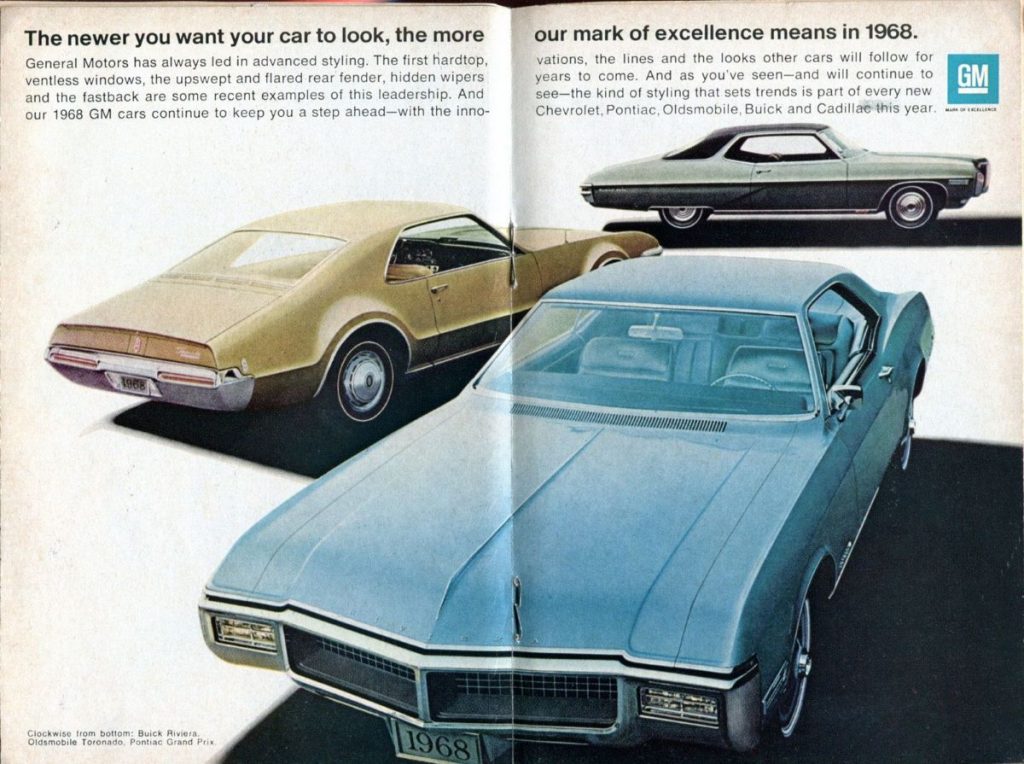 The Buick Riviera line was discontinued back in 1999, but the style-forward exterior appearance of certain Riviera models has kept the nameplate at the forefront of many GM fans’ minds over the years. That said, it’s unlikely the Riviera will ever make a return. Buick only has crossovers in its lineup at the moment, and considering the waning interest in stylish coupes, it seems near on impossible the automaker will ever revive the Riviera name for a stylish two-door.

Let us know what you think of these classic design sketches in the comments below, readers.

Subscribe to GM Authority as we bring you the latest Buick news, Buick Riviera news and ongoing GM news coverage.