The GM Design team has shared a little-known sketch of a C2 Corvette Sting Ray concept completed by legendary designer Bill Porter back in 1961.

This sketch, which was shared to the GM Design Instagram page this week, was completed by Porter while the C2 Corvette Sting Ray production car was still in development. The GM Design team would have had a pretty good idea of what they wanted the C2 Corvette to look like at this point, as the Peter Brock and Larry Shinoda-designed 1959 Corvette Sting Ray Concept was already around for a couple of years. This would have given Porter a good jumping-off point to start his sketch, using recognizable C2 Corvette styling cues and expanding on the design with add-ons like a double bubble roof, a pointed hood and front and rear fender fins.

Porter’s sketch appears to be an early precursor to the XP-755 Concept Car, otherwise known as the Mako Shark. While the GM Design page does not reference the Mako Shark in its Instagram post, this sketch looks nearly identical to the Mako Shark show car, which was first presented to the public at the International Automobile Show in New York City in 1962. The design of the Mako Shark is attributed to Larry Shinoda, however, so it’s possible that Porter completed this sketch using a design that had already been mostly fleshed out by Shinoda. 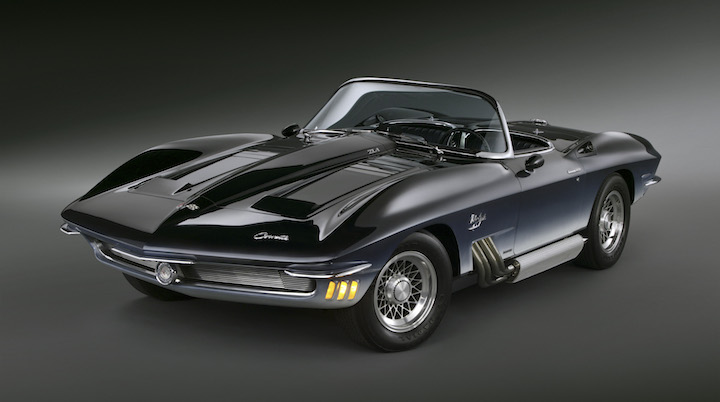 Porter eventually went on to become the design studio chief for Pontiac, where he’d help pen iconic GM designs like the 1968 Pontiac GTO and 1970 Pontiac Firebird. Porter also lent his talents to designs for the Pontiac Le Mans, Catalina and Bonneville, among others. He retired from GM in 1996.

Let us know what you think of this Corvette Mako Shark-style sketch in the comments below.