The Oldsmobile 442 received a facelift for the 1969 model year, now with a “tooth” dividing the two grille halves. Headlights were separated by a thin bar, with the parking lights having been relocated to the front bumper. The rear of the car also saw cosmetic updates, with cutouts in the trunk lid for the tail lights. Inside the 442, the ignition switch on the steering column now had a steering lock, headrests became standard, and twin stripes were featured on the double hood bulges. Optional front disc brakes were available. Forced Air Induction came as part of the W-30 package, with cold air inlets mounted just beneath the front bumper. The W-30 package also included a better performing cam, higher oil pressure, and more robust valve springs. 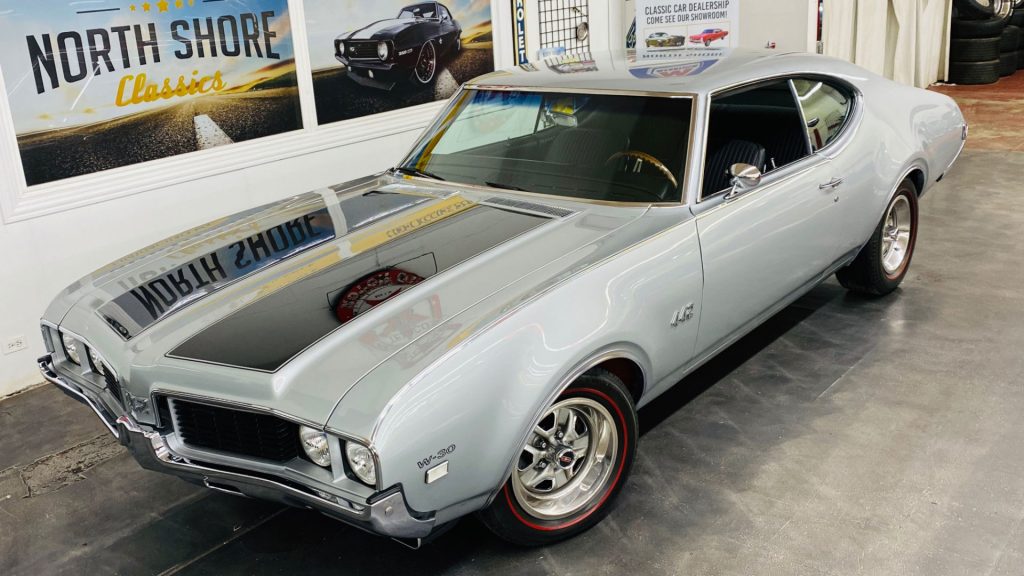 Our feature Oldsmobile 442 has been owned by the same owner since 1971. It has covered a scant 49,019 miles from new. The Olds was the subject of a nut-and-bolt restoration about a decade ago, has seen just two thousand miles in the interim. Obviously, the 442 has been kept in climate controlled storage. 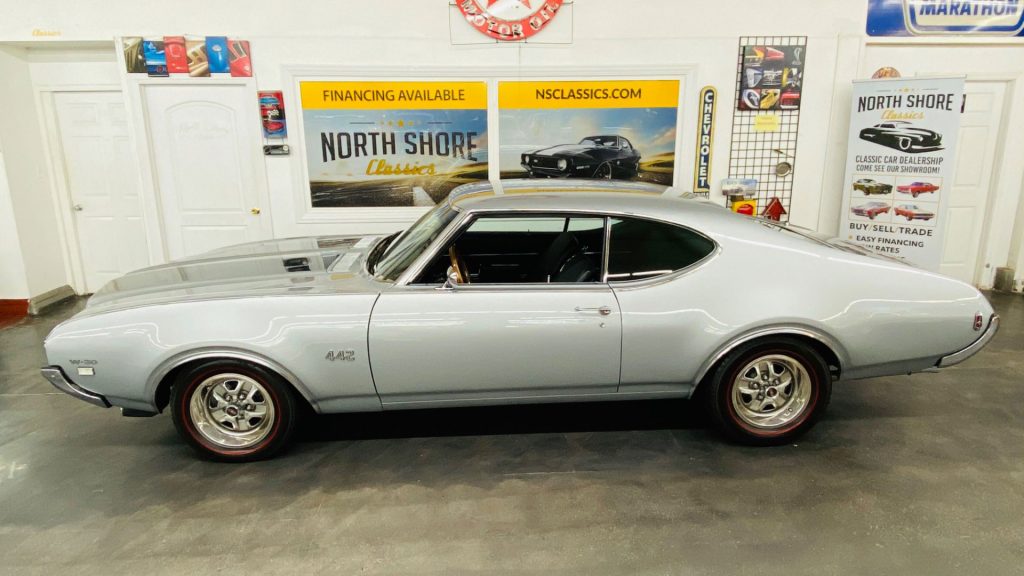 The Platinum Silver Metallic paint with Ebony Black stripes has excellent gloss, and appears to have had careful attention to prep and application. Chrome bumpers and trim are either re-plated or have been replaced. The stainless trim has better-than-average shine. Original Olds Rally wheels are wrapped in red-line radial tires. Glass and weatherstrip both present well. 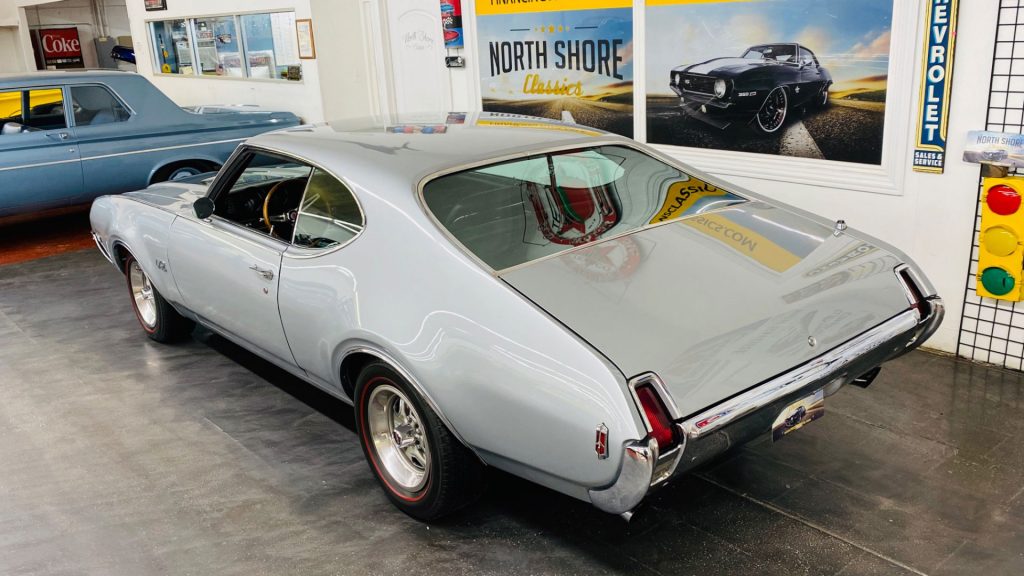 Inside the Oldsmobile 442, the bucket seats are swathed in a black vinyl/cloth combo. Both front buckets and rear bench seat are in good condition. Carpets appear to have been replaced with the restoration. A center console with Hurst T-Handle shifter divides the buckets. The dashboard is largely original. The original radio is still fitted in the dash, but an aftermarket unit has been fitted below. The lower edge of the center and passenger portion of the dash shows some minor cracking. A wood-rimmed steering wheel is mounted to the fixed steering column. 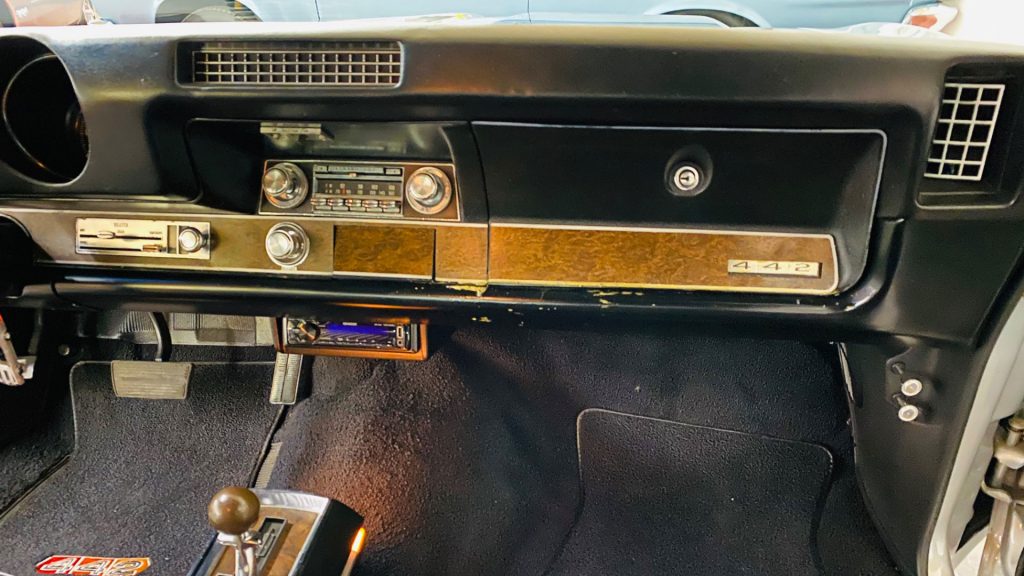 Under the Oldsmobile 442’s hood is the numbers-matching 400 cubic-inch engine backed by the original Turbo Hydramatic three-speed automatic transmission. Dual hoses from the under-bumper cold air intakes feed the air cleaner assembly. When restoring the car, the owner converted the front disc/rear drum setup to a full four-wheel-discs arrangement. The suspension has also had some modification with Global West tubular control arms, a front sway bar, and a Hotchkis rear sway bar added. 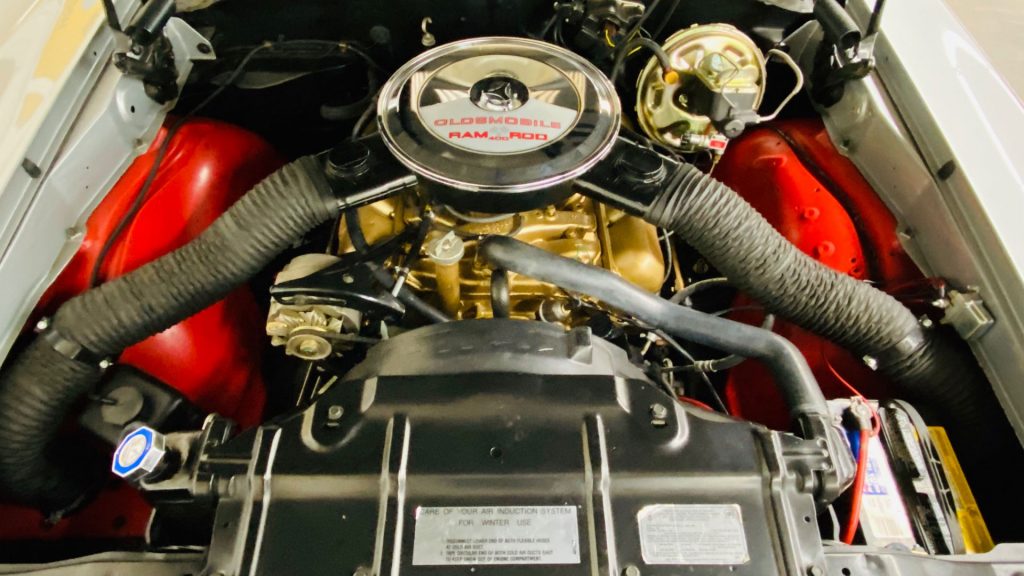 The sale of this car includes a photo album of the restoration process. This Oldsmobile 442 W-30 is being offered by North Shore Classics for $69,900. 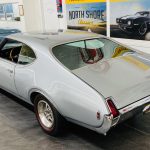 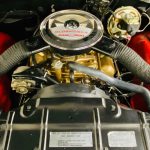 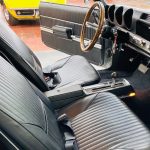 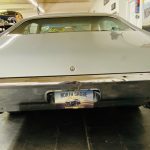 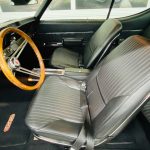 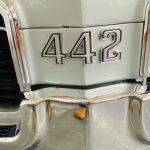 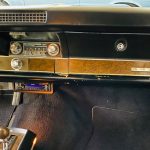 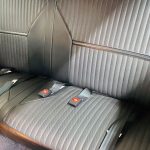 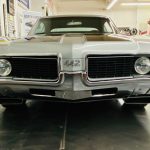 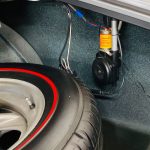 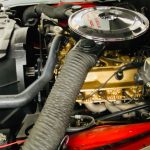 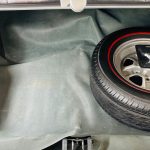 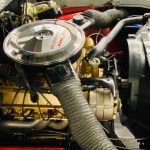 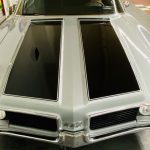 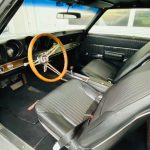 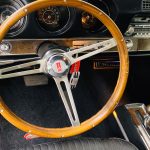 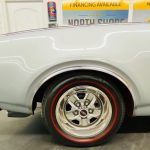 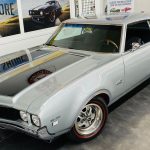 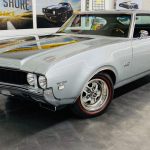 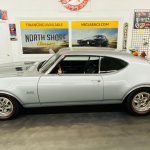