Some readers of this site may be familiar with the so-called “neutral drop.” This is when you take a vehicle with an automatic transmission, rev the engine up to a high RPM and quickly drop the vehicle into gear, thus making the tires spin. It’s an easy way to do a burnout in a low-horsepower vehicle, but more than that, it’s an easy way to damage or completely destroy the vehicle’s transmission. Believe it or not, there’s an entire YouTube channel dedicated to performing the “neutral drop” in beater vehicles – and it recently turned its attention to a tired old GMC Savana work van. 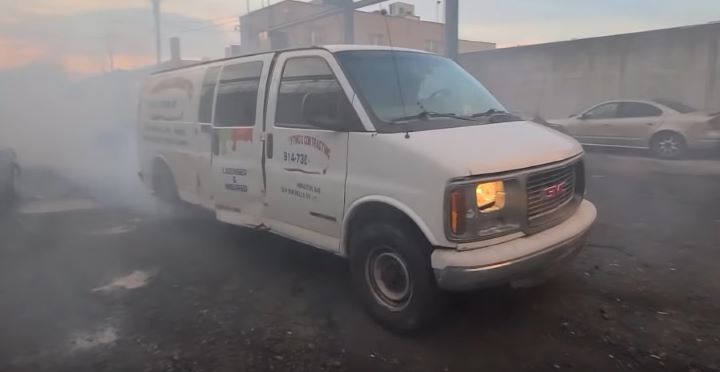 The YouTube channel in question is called Neutral Drop (no surprise there) and features a couple of crazy Brooklyn-based New Yorkers as hosts – one of which goes by the pseudonym ‘Stuntman’. In the aforementioned GMC Savana episode, the hosts attempt to do several neutral drop burnouts in a Savana 2500 work van that was recently put out of service. Obviously, the aging GMC Savana doesn’t last very long doing continuous neutral drop burnouts before the engine blows and it starts leaking what looks to be a mixture of oil and coolant. 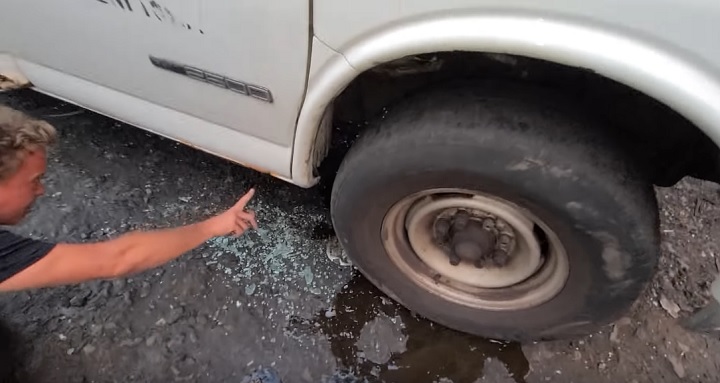 The two hosts of Neutral Drop appear to work at or own a junkyard, so they probably have an endless stream of partially wrecked vehicles to film content with. So while this GMC Savana 2500 probably could have been salvaged for parts, it was already at a junkyard and was therefore probably bound for the crusher anyway. While we don’t necessarily understand the appeal of this YouTube channel, we’ll at least concede that we got a couple of laughs out of the host’s reactions.

Check out the video embedded just below.