The No. 3 Corvette C8.R team of Antonio Garcia and Jordan Taylor extended their lead in the 2021 IMSA WeatherTech Championship after winning Sunday’s Northeast Grand Prix from Lime Rock Park. 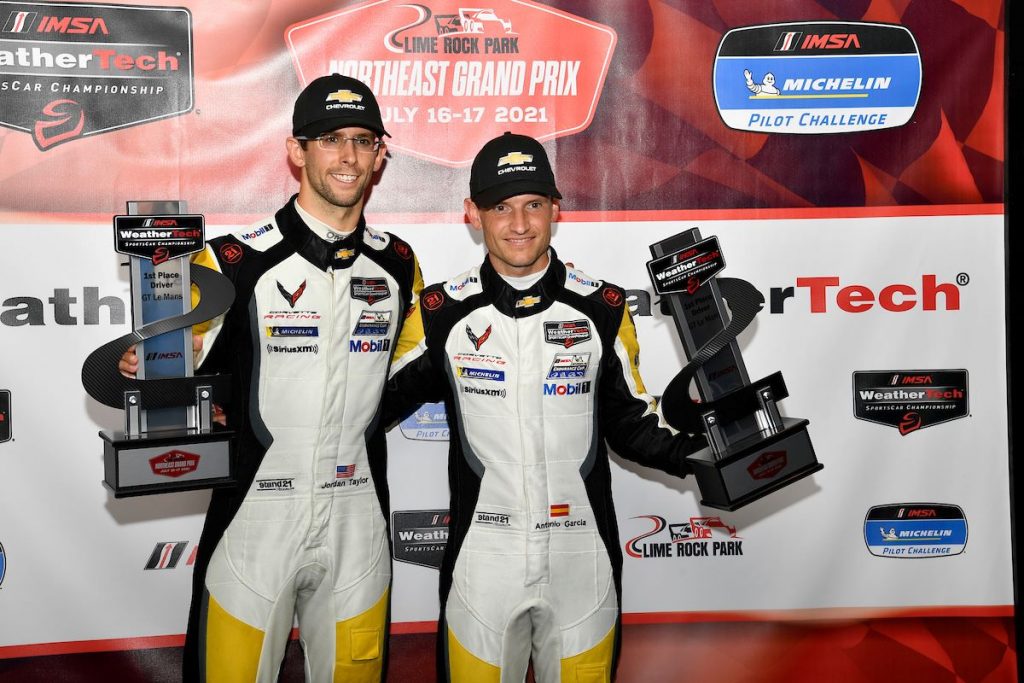 Taylor started the race for the No. 3 Corvette C8.R team, extending a sizable gap to the No. 4 Corvette C8.R sister car as Tommy Milner struggled with rear end grip. He then handed the car over to Garcia, who had extended the lead to over nine seconds when the race was red flagged due to lightning strikes in the area. IMSA was then forced to call off the race with 72 minutes still left on the clock due to a local ordinance mandating all racing activities at the circuit end before 6 p.m.

“It is what it is,” Garcia said post-race. “We had a ton of fans out here today, and safety comes first. This time we were lucky in that we were leading when the red flag came. For sure, you need to be up there in that position to benefit from the conditions.” 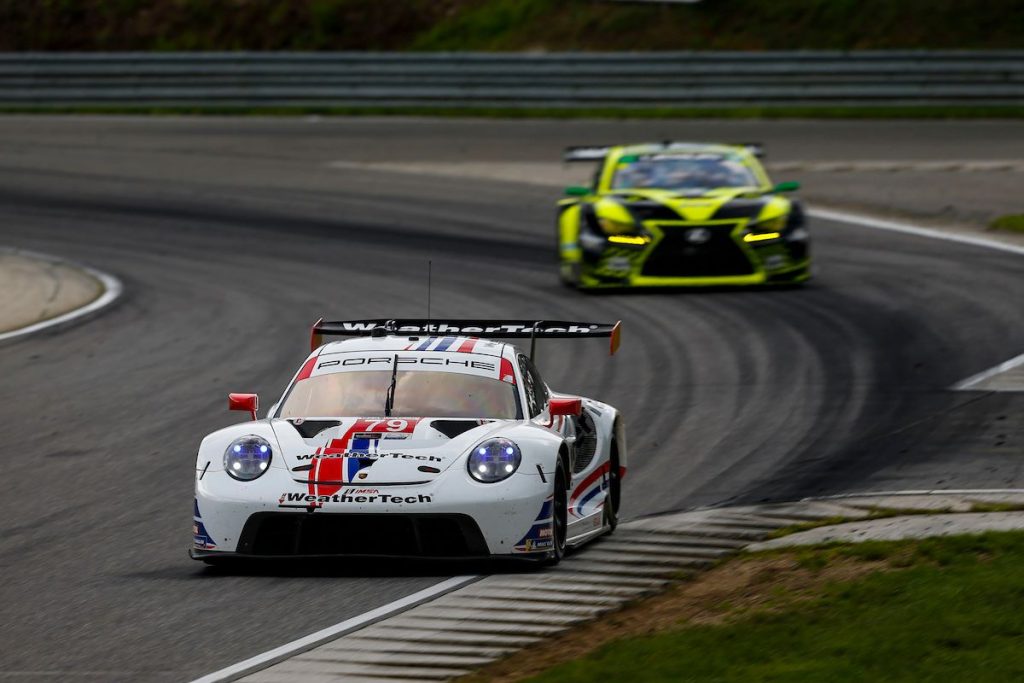 Taylor said Corvette Racing had planned for a potential red flag even before the race got underway.

“Thankfully, we executed well and the driver change went well,” he said. “We knew the weather was imminent at some point and that it could be red-flagged, so we knew track position was going to be important. Thankfully, we were out front when that came.” 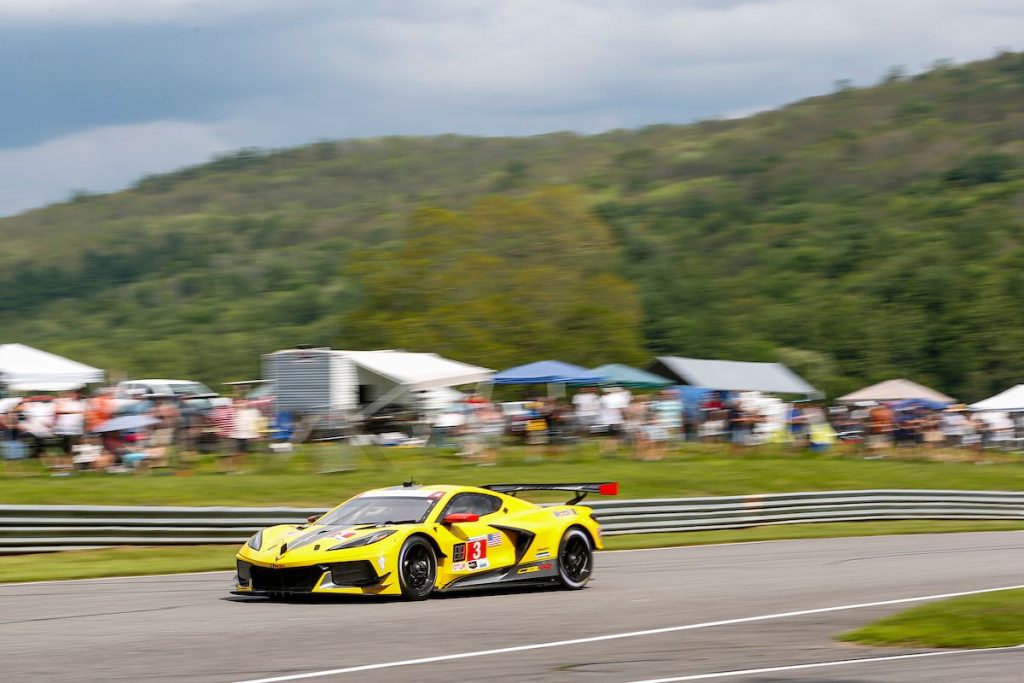 The No. 4 Corvette C8.R claimed second place in the three-car GTLM class, while the sole Porsche 911 GTE of WeatherTech Racing came home third. The result helped Taylor and Garcia grow their lead over Milner and Nick Tandy in the GTLM driver’s championship, with the duo sitting more than 100 points clear of their teammates in second with five races still left in the 2021 season.

Corvette Racing heads to Road America next for the IMSA SportsCar Weekend on Sunday, August 8th, 2021. In the meantime, click here for full results from the series’ visit to Lime Rock Park.