Remember those fantastic, ridiculous, over-the-top cars you would draw in high school study hall when you were supposed to be doing something else? Those testosterone and horsepower addled creations that would have made Ed “Big Daddy” Roth proud? They usually involved some diminutive econobox crammed full of an engine that in no logical way would fit in the car and still leave room for a driver, or if it did, the engine would have been so overpowered for the car that it would have likely twisted it in half. Time, technology, and mechanical creativity have caught up with your monster car fantasies, and now you can have that little car stuffed full of hairy-chested LS muscle in this cool 1965 Chevy Corvair dubbed the Super Stinger in a nod to Don Yenko’s Corvair Stingers. 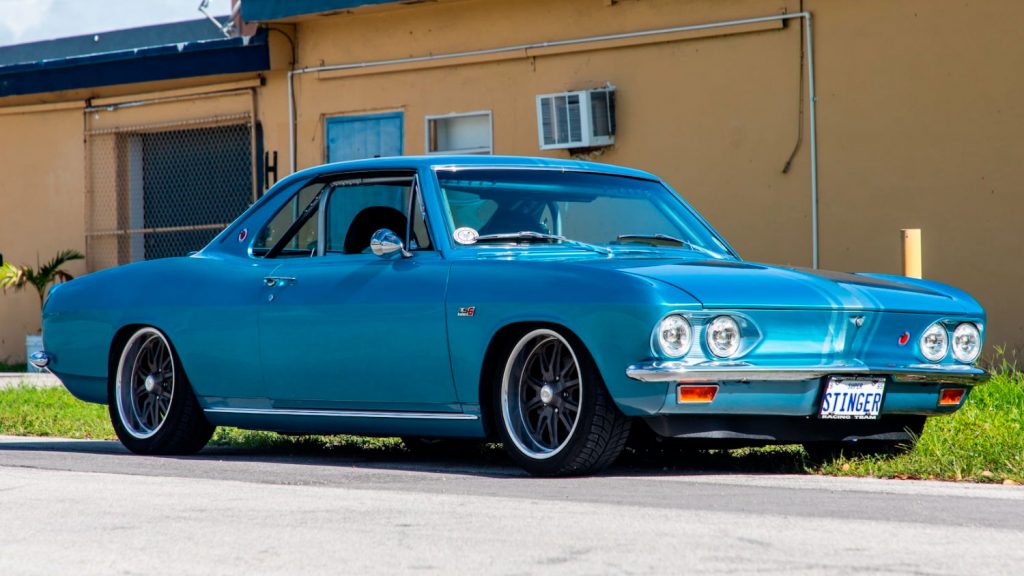 Jeff Moore of The Automotive Archeologists Ltd. managed to take a 385-horsepower LS6 engine from his 2001 Chevy Corvette Z06 SCCA T1 race car and stuff it into his 1965 Chevy Corvair. Jeff is no newbie to Corvairs, as he is a member of the Corvair Society of America V-8 Registry. Using plentiful fabrication, and relocating the LS V8 in front of the firewall as opposed to the original engine’s location behind it, Jeff was able to attain a 50/50 weight distribution in the 2,850-pound Super Stinger. The engine now sits behind a new custom firewall located immediately aft of the front seats, and has a hinged Plexi-Glas cover for top side access. 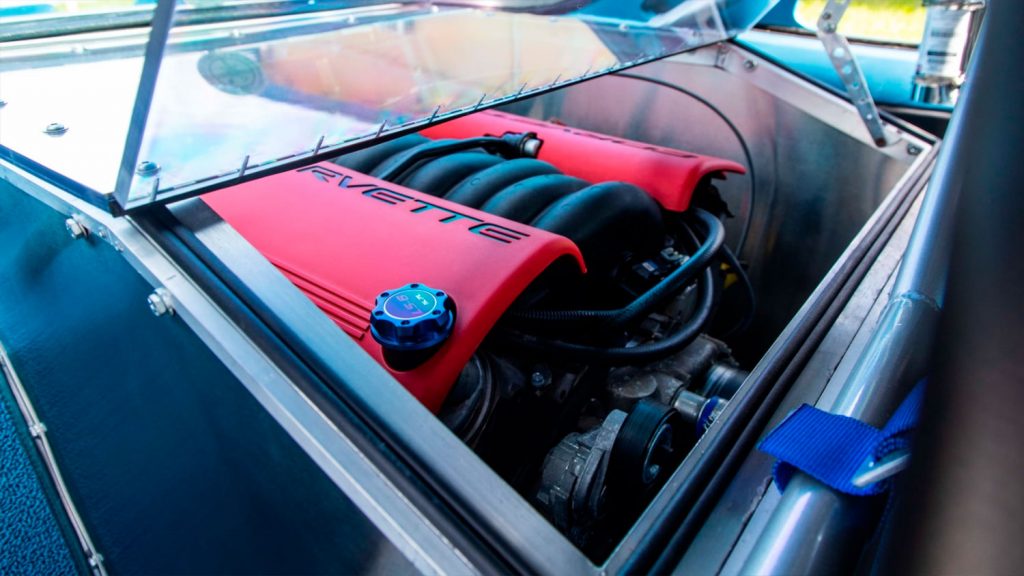 There was no way the original Chevy Corvair transmission would have put up that sort of bump in power, so Jeff used a 5-speed Porsche transaxle from a 911SC. To deal with the chassis flex, the Super Stinger received a full cage, and a significant bit of suspension fabrication. Four-wheel power disc brakes handle the stopping duties. 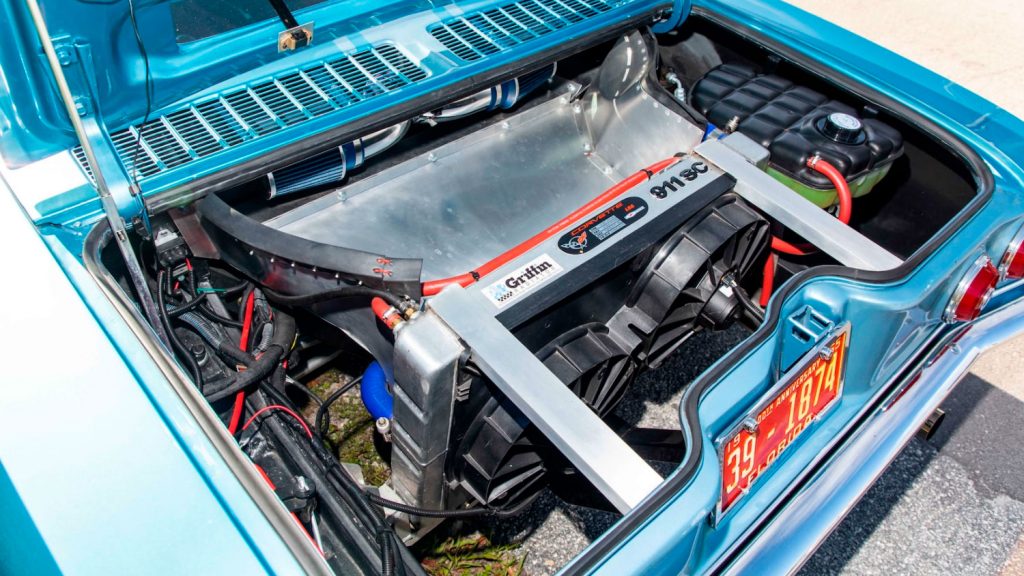 Purpose-built vehicles like this are typically very spartan. That is not so in this case. As you would expect, the Chevy Corvair’s interior features two black leather-covered racing seats with bolsters to keep the driver and passenger planted, as well as five-point harnesses. But it also has full carpet, air conditioning and heat by Vintage Air, full gauges by AutoMeter and a Bluetooth stereo (no word on if you can hear it over the LS6). 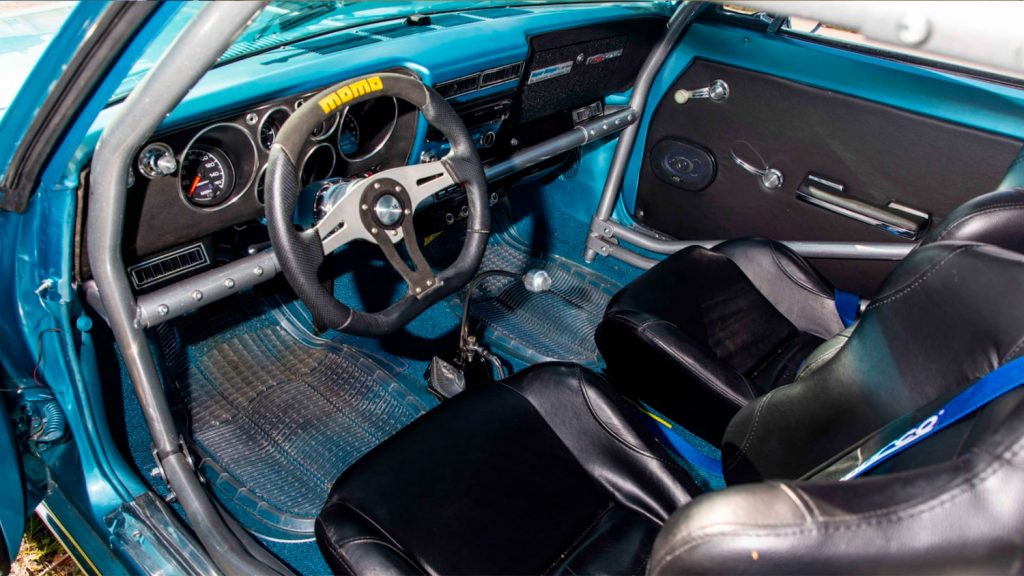 The exterior of the Chevy Corvair Super Stinger is an attractive blue metallic similar to Mid-Year Corvette Nassau Blue, and has lighter blue racing stripes up the hood, roof, and rear deck. The Super Stinger rolls on what appear to be US Mags Rambler wheels shod in high performance rubber, and the disc brakes are visible through the wheel gaps. 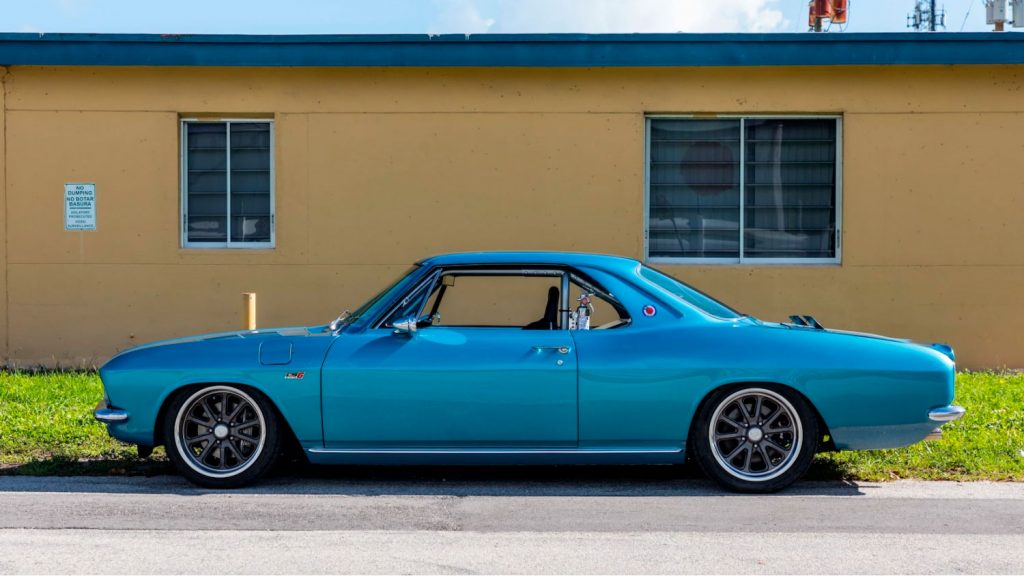 With over $100,000 invested, this Chevy Corvair Super Stinger is headed to the Mecum Auctions Orlando, Florida sale taking place July 28th through the 31st. It may be the perfect opportunity to snag the study hall beast of your dreams. 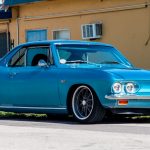 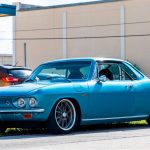 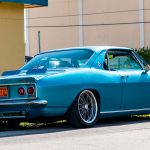 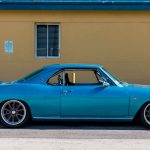 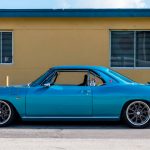 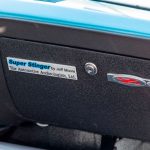 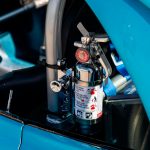 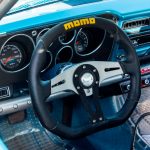 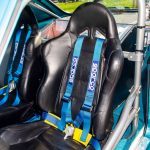 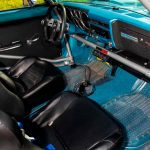 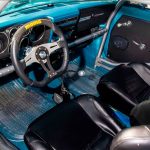 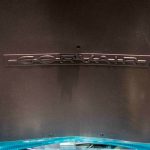 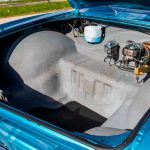 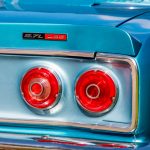 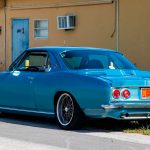 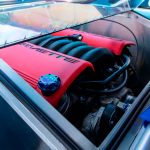 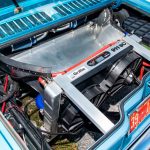 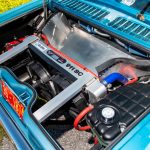 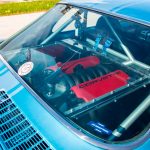 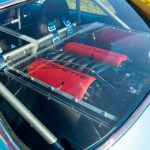