With its naturally aspirated 6.2L V8 LT2 engine mounted behind the cabin, the Corvette C8 Stingray offers exotic mid-engine performance and proportions, going toe-to-toe with some of the world’s finest sports cars. However, the new Vette can do more than just beat up on European nameplates – it can also perform well in the real world as, you know, a car. As such, we’re taking a closer look at the Corvette C8 Stingray’s available cargo room, specifically how it compares to the available trunk room of the front-engined Corvette C7. 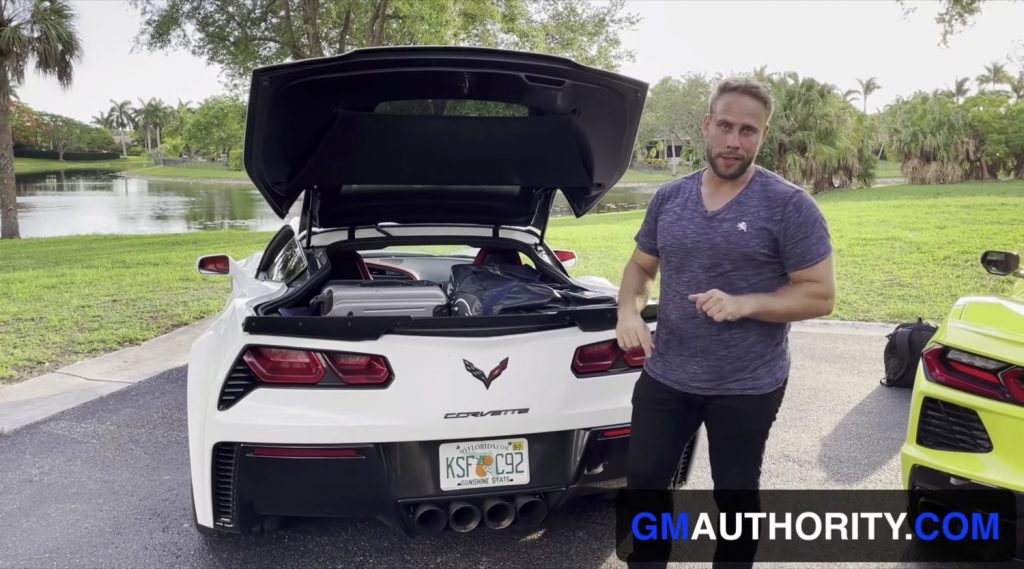 To find out, GM Authority Executive Editor Alex Luft is putting the Corvette C8 Stingray alongside a Corvette C7 for a direct, hands-on comparison test. The whole thing is captured in the following 4-minute, 17-second video.

First things first, we get a look at all the cargo packed into the rear of the C7 Corvette, where Luft has two carry-on bags, an enormous sports bag stuffed with hockey gear, and two hockey sticks (incredibly, Luft still has all his teeth). Notably, the hockey sticks don’t intrude into the passenger compartment, and all the gear mentioned fits neatly under the C7’s hatch. 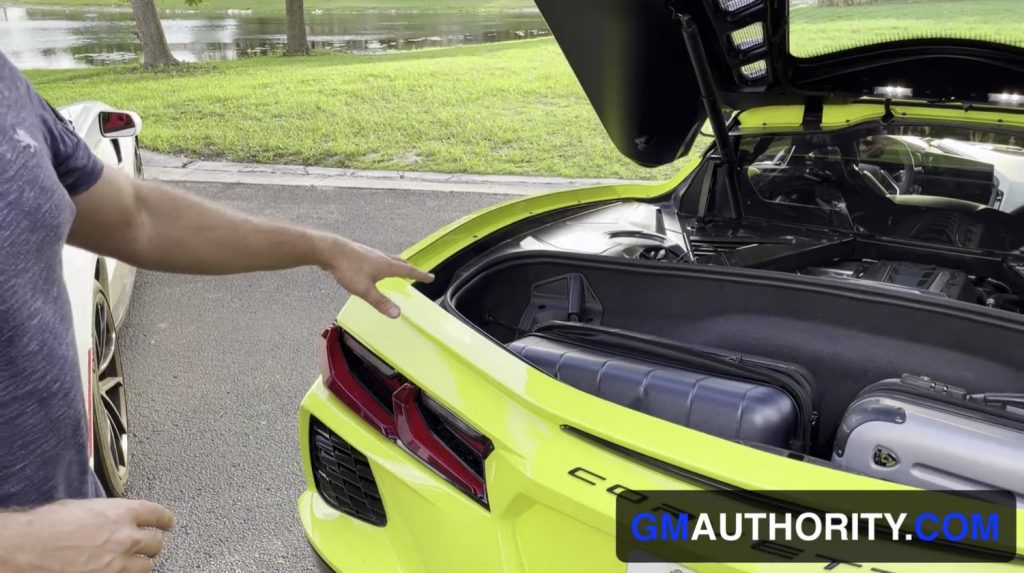 Taking the gear out, Luft then lifts the rear engine cover on the Corvette C8 Stingray and attempts to fit as much of it as possible into the mid-engine sports car’s rear cargo area. Unsurprisingly, only some of the items make it, specifically the two carry-ons, while the hockey bag and hockey sticks do not. While there is some space leftover around the two carry-ons, the majority of the Corvette C8 Stingray rear cargo area is occupied. Meanwhile, the front trunk (or “funk”) isn’t large enough to fit the remaining pieces.

Nevertheless, the Corvette C8 Stingray’s frunk is far from useless, offering enough space for some ski boots or a standard carry-on bag. 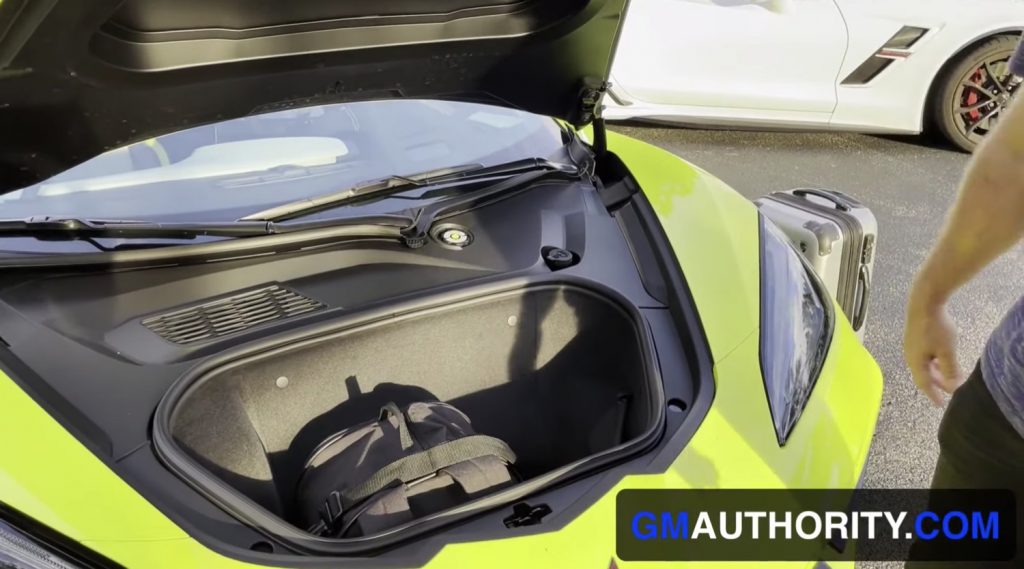 Check out the full hands-on cargo comparison test by hitting play on the video below: